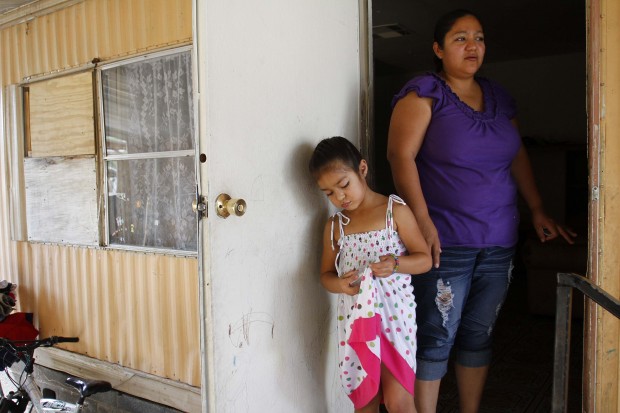 WASHINGTON (CNS) — The vastly different approaches of Democratic President Barack Obama and Republican presidential candidate Mitt Romney on immigration share a common denominator: Both men agree that Obama didn't accomplish what he intended to when he was elected in 2008, when he promised that comprehensive immigration reform was high on his agenda.

As Obama put it in a Sept. 20 forum on the Spanish-language network Univision, his priority after taking office had to be getting an economic slide under control, and that when he could turn to immigration, support he counted on in Congress had evaporated.

“I am the head of the executive branch,” Obama said, “I'm not the head of the legislature.” He said he was naive about expecting continued support from Republicans who previously backed comprehensive reform, making it impossible to get a super-majority of 60 votes needed in the Senate to move legislation.

Cardinal Roger M. Mahony, retired archbishop of Los Angeles, who has made immigration reform the focus of his work in retirement, described both Romney and Obama as “totally vague” in explaining how they will tackle immigration.

“Both candidates for president and their respective parties have waffled and drifted on what actual steps they would take if elected president,” Cardinal Mahony told Catholic News Service. “It would be really helpful for all of us if during one of the upcoming debates the candidates would be challenged to state clearly three or four elements they believe are essential in future immigration legislation.”

“The presidential candidates need to give leadership on this issue, and they need to explain more fully to the American people how they value our immigrant history, the presence of immigrants in our midst today, and how to bring millions of people out of the shadows of our society,” the cardinal said.

Obama and Romney have pointedly wooed Latino voters at various events such as the conference of the National Association of Latino Elected and Appointed Officials. Each has Spanish-language campaign materials and promises to fix what both say is a broken immigration system. But the details of how they would do that are a little harder to find, and they define the goals quite differently.

Both candidates' websites emphasize a range of issues on their Spanish-language pages: the economy, jobs, education and immigration. Romney's English-language pages include immigration among the topics covered. The section is short and not particularly specific. A search of the site provides links to pages of references to immigration in speeches.

Obama's site includes immigration as a key individual theme only on the Spanish section. It takes searching through the English page to come up with a lengthy list of links to various articles that define his immigration positions and actions.

In Romney's appearance on Univision, his talking points on immigration primarily criticized Obama for not doing more, without saying what he'd do differently. Romney promises “a national immigration strategy that bolsters the U.S. economy, ensures our security, keeps nuclear families together, addresses the problem of illegal immigration in a civil and resolute manner, and carries on America's tradition as a nation of legal immigrants.”

Romney talks about making it easier for people with advanced degrees to immigrate and making “the system for bringing in temporary agricultural workers and other seasonal workers functional for both employers and immigrants.” The Romney page says he will “take a strong stand against illegal immigration” and that he “believes that illegal immigration must end and has a proven track record of advancing that goal.” There is no explanation of what that “track record” entails.

On the campaign trail, Romney has said he opposes the DREAM Act, which would give a path to legal status for undocumented young people who arrived in the U.S. as children. He also has praised Arizona's S.B. 1070 immigration law — much of which was overturned by the Supreme Court in June — describing it as a model for the nation, in part because it encourages “self-deportation” for undocumented immigrants.

Obama's campaign site emphasizes his support for the DREAM Act; his creation of a Deferred Action for Childhood Arrivals program, known as DACA; stepped-up deportations of immigrants with criminal records; and efforts to get a bipartisan comprehensive immigration reform law.

Most supporters of comprehensive reform, including the U.S. Conference of Catholic Bishops and other faith-based organizations, describe comprehensive reform as a law that allows families to reunite more easily; offers the estimated 11 million undocumented people in the country a path toward legal residency and citizenship; revamps the employment-based visa system; allows for control of the borders and whittles the years-long backlog for legal immigration among its key provisions.

The Obama administration also has aggressively challenged state laws that have attempted to put immigration enforcement in the hands of state and local law agencies and prevent undocumented immigrants from accessing services such as public utilities. Those challenges led to the June Supreme Court ruling that blocked most of S.B. 1070, and lower federal court rulings blocking major portions of similar laws in Alabama and Georgia.

The Univision program offered perhaps the best head-on comparison of the two candidates' approaches on immigration, which was one of the topics covered in the separate sessions that aired Sept. 19 and 20.

Romney in his interview sidestepped questions about whether he would continue DACA, launched by the Obama administration in August. It offers a temporary stay from deportation and provides successful applicants with a work permit. It includes a two-year renewable deferral of deportation and a work permit for undocumented people between ages 16 and 30 who arrived before age 16, have clean records and either completed or are attending school.

When announced in June, Obama described it as a temporary fix for the category of people who would benefit from the DREAM Act, a legislative approach to giving the same group permanent legal status. The bill enjoys popular support but has repeatedly stalled in Congress.

When pressed on what he'd do with DACA by Univision interviewers Maria Elena Salinas and Jorge Ramos, Romney didn't directly address the question, saying, “I'm not in favor of a deportation, mass deportation, a rounding up of 12 million people and taking them out of the country. I believe people make their own choices as to whether they want to go home and that's what I mean by self-deportation.”

In his interview, Obama was pressed to explain why he'd broken a promise to pass a comprehensive immigration reform bill, he replied his priority had to be the economy, but also that he and his party couldn't address immigration without those Republicans who previously supported comprehensive reform but backed away.

“We have to have cooperation from all these sources in order to get something done. And so I am happy to take responsibility for the fact that we didn't get it done,” he said, “but I did not make a promise that I would get everything done, 100 percent, when I was elected as president.”

NEXT: Same-sex marriage an issue for voters on state level this November