St. Charles seminarians charge onto the field to begin the Vianney Cup soccer tournament, a friendly rivalry between seminaries. (Photos by Sarah Webb) 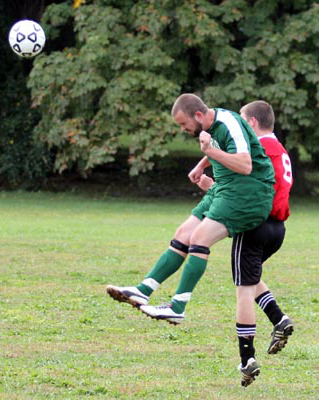 The tournament features seminary communities in the mid-Atlantic region competing on the soccer field, as well as sharing friendship and time for prayer together.

Teams competing for the Vianney Cup include the seminary communities of Mount St. Mary's in Emmitsburg, Md.; St. Mary's in Baltimore; Theological College (The national seminary of The Catholic University of America) and the host team, St. Charles.

Prior to the start of the tournament, Archbishop Charles J. Chaput celebrated Mass in St. Martin's Chapel at the seminary.

Following the Mass, the teams took to the fields for the first game. Teams played simultaneously at St. Charles' and St. Joseph's University's fields. After the first game the tournament closed with championship and consolation matches. 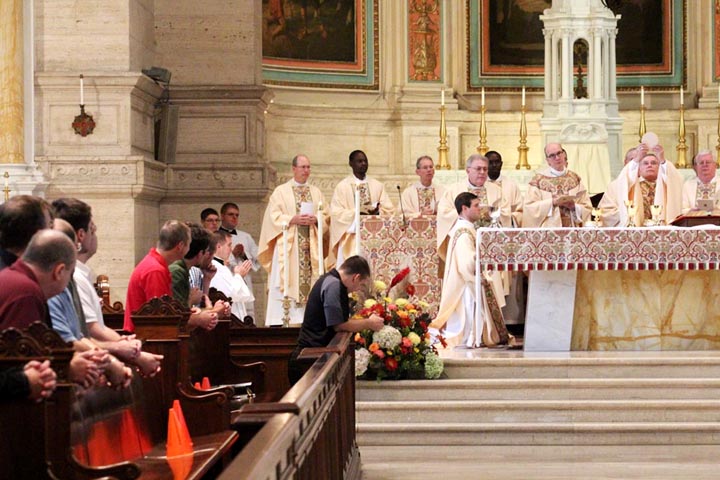 Archbishop Chaput and clergy celebrate Mass prior to the start of the Vianney Cup soccer tournament Sept. 29 at St. Charles Borromeo Seminary, Wynnewood.

NEXT: In Catholic League football, Ryan beats Judge, 32-31, in OT