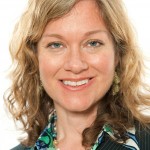 Jeanne Monahan, pictured in a 2010 photo, has been elected the new president of the March for Life Education and Defense Fund. She succeeds Nellie Gray, a pro-life leader who founded the March for Life in 1974 and died Aug.13 at age 86. (CNS photo/courtesy Family Research Council)

The organization’s board of directors unanimously voted to appoint Monahan to the post.

She succeeds the late Nellie Gray, founder and president, who died in August at age 86. Monahan, a former board member, had been serving as interim president since Gray’s death.

“Jeanne is a strong pro-life advocate who will continue the strong leadership of Nellie Gray and bring us closer to a culture of life,” said Patrick Kelly, chairman of the board, in a Nov. 19 statement announcing the appointment. “The board and I are very much looking forward to working with Jeanne in this new full-time capacity and are looking forward to our largest march in history this January.”

The 40th annual March for Life will be held Jan. 25 on the National Mall.

Prior to her new appointment, Monahan was director of the Center for Human Dignity at the Family Research Council in Washington, serving as a spokeswoman on life issues and as a regular media contributor on topics related to the dignity of human life. Before working for the council, she served in various capacities at the U.S. Department of Health and Human Services.

Monahan has a bachelor’s degree from James Madison University in Harrisonburg, Va., and a master’s of theological studies from the Pontifical John Paul II Institute for Studies on Marriage and Family at The Catholic University of America in Washington.

The March for Life has grown into one of the signature events of the pro-life movement. Gray started it to protest the 1973 Supreme Court decision legalizing abortion nationwide. After the first march in 1974, she established the March for Life Education & Defense Fund to sustain it.