Scientific evidence points only toward a created universe, says Jesuit 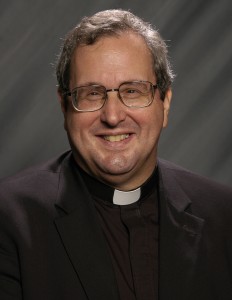 NEW ORLEANS (CNS) — Jesuit Father Robert Spitzer — a philosopher, accountant, former university president and leadership consultant — always has had a fascination with the intersection of faith and reason.

He’s smart enough to have debated physicist Stephen Hawking, an avowed atheist, on national television over the scientific underpinnings of the beginning of the universe and the theological arguments for the existence of God.

In a recent address in New Orleans, Father Spitzer said the exciting news for the new evangelization being called for by Pope Benedict XVI is the recent discoveries in “space-time geometry,” prompting eminent physicists to assert the cosmos had to have a beginning and thus had to have a creator.

On the occasion of Hawking’s 70th birthday in January, physicist Alexander Vilenkin, director of the Institute of Cosmology at Tufts University, read a paper asserting just that. Science journalist Lisa Grossman, writing in New Scientist, pithily described Vilenkin’s presentation as “the worst birthday present ever.”

If the rate of expansion of the universe is greater than zero — something virtually all physicists agree on — “at the end of the day we will reach an absolute beginning point prior to which the universe and multiverse (a combination of universes) were nothing,” said Father Spitzer, founder and president of the Spitzer Center for Ethical Leadership in Ann Arbor, Mich.

“Physical reality itself was nothing, and the one thing we know about nothing is that it’s nothing,” he said, eliciting laughter from his audience at the annual dinner of the Catholic Foundation of the Archdiocese of New Orleans Nov. 8.

The scientific evidence points only toward a created universe, he said.

“There is something else, and that something else has to transcend the universe and be powerful enough to literally create it,” Father Spitzer said.

“And then, as you begin to investigate the cosmological constants, the initial conditions of the universe and multiverse, and when you look at the fine-tuning paradoxes that virtually every physicist, including Stephen Hawking, has admitted, then that creator is not just transcendent and powerful but really, really smart.”

Why this is important, Father Spitzer said, is that it gives Catholics another reason to evangelize a culture that is mired in materialism and “its loss of the sense of eternal dignity.”

Father Spitzer said when he teaches college students, someone usually poses the question about the existence of God and whether we really know “that Jesus walked and talked upon this earth.”

“And then the rest of the classroom goes, ‘Yeah, do we really know?'” said Father Spitzer, who retired in 2009 as president of Gonzaga University in Spokane, Wash.

“The answer is, ‘Yes, I think we do know,'” he said. “What’s my point? This contemporary approach is given to us almost as a gift from God. Alexander Vilenkin says in the final part of his essay that a good argument will convince a reasonable man and that a proof will convince even an unreasonable one. Well, now that the proof is in place, cosmologists cannot even hide behind the possibility of a past eternal universe. They must confront the reality.”

All this allows us to answer “our kids’ questions” about the evidence for God. Father Spitzer said even recent studies about near-death experiences point to God.

Dr. Eben Alexander, a Harvard-trained neurosurgeon, wrote about his experiences after being in a coma for seven days with his cortex completely shut down.

“He was clinically dead and he was monitored the whole time and he actually had these experiences,” Father Spitzer said. “He could show definitively there was no physical activity that produced it. There are really good studies taking place in multiple hospitals that give evidence that human beings survive bodily death, that we have a soul that literally leaves the body.”

This is riveting evidence that God exists and is moving in the world, and Father Spitzer said, “it’s a chance for re-evangelization.”

“We do have to make it contemporary. But as we point and point again, our eternal destiny becomes clearer and clearer even in the midst of the darkness of secularism. It falls upon us, as church, to move once again to begin the process of re-evangelization, of healing the culture and of reminding everyone that they are transcendent. You are not simply molecules and atoms.”

Father Spitzer, who also is founder and chairman of the Magis Center of Reason and Faith in Irvine, Calif., said the early church transformed the Roman Empire by preaching the Resurrection, the intrinsic and eternal dignity of every human being, love as the greatest commandment and the redemptive view of suffering.

“We are grounded in Jesus Christ, and the Holy Spirit is with us,” Father Spitzer said. “Human beings are transcendent and destined for eternal destiny and dignity. We must evangelize it.”

NEXT: New York Archdiocese announces 26 schools ‘at risk of closure’