Remembering the dead is profession of hope in eternal life, pope says 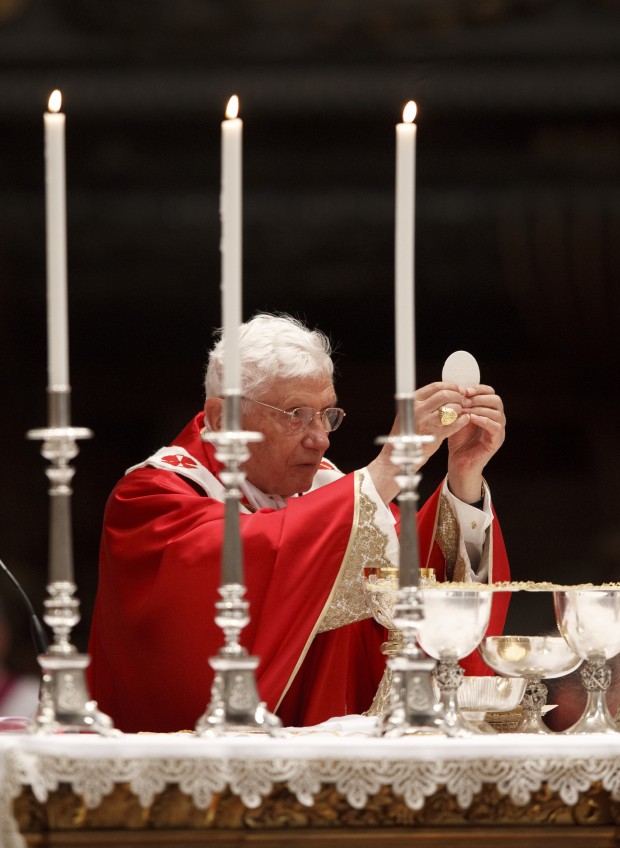 Pope Benedict XVI elevates the Eucharist as he celebrates a memorial Mass for deceased prelates Nov. 3 in St. Peter's Basilica at the Vatican. Ten cardinals and 143 bishops died in the past year. The U.S. cardinals who died were Cardinals John P. Foley and Anthony J. Bevilacqua of Philadelphia. (CNS photo/Paul Haring)

VATICAN CITY (CNS) — When Christians remember their beloved deceased, they proclaim that their bonds with them are not broken by death and they profess their hope in eternal life, said Pope Benedict XVI.

Especially by visiting cemeteries and other burial grounds, the pope said, people “reinforce the bonds of communion that death could not break.”

Pope Benedict celebrated a Mass Nov. 3 in St. Peter’s Basilica in memory of the 10 cardinals — including U.S. Cardinals John P. Foley and Anthony J. Bevilacqua — and 143 archbishops and bishops from around the world who died in the past year.

The evening before, Pope Benedict had paid a private visit to the grottoes under St. Peter’s Basilica to pray at the tombs of the popes buried there.

The November commemorations of All Saints and All Souls, as well as other memorial Masses traditional during the month, are not simply ways Catholics remember those who have gone before them, the pope said, but they also are expressions of Catholic faith in the reality of eternal life.

“Death opens to life — eternal life, which is not an infinite copy of the present time, but something completely new,” the pope said. “Faith tells us that the true immortality to which we aspire is not an idea or concept, but a relationship of full communion with the living God.”

Remembering the deceased cardinals and bishops, he said, the church prays that the Lord will give them “the eternal prize promised to faithful servants of the Gospel.”

Pope Benedict said the 10 cardinals and 143 bishops were the “meek, merciful, pure of heart, peace-making disciples” mentioned in the Beatitudes of the Gospel. They were “friends of the Lord who, trusting in his promises — also in times of difficulty or even persecution — maintained the joy of their faith and now live with the Father forever.”

Reciting the Angelus Nov. 4 with pilgrims in St. Peter’s Square, Pope Benedict said the saints are those men and women who tried to live the commandment to love God and to love their neighbors as themselves.

And just as parents love their children not only when they are being good, God always loves us and tries to help us see when and where we go astray, the pope said.

“From God, we learn to want to do only what is good and never what is bad. We learn to see others not only with our own eyes, but with the gaze of God,” looking beyond the superficial to see the other person and what he or she needs, the pope said.

“Love of God and love of neighbor are inseparable,” he said. 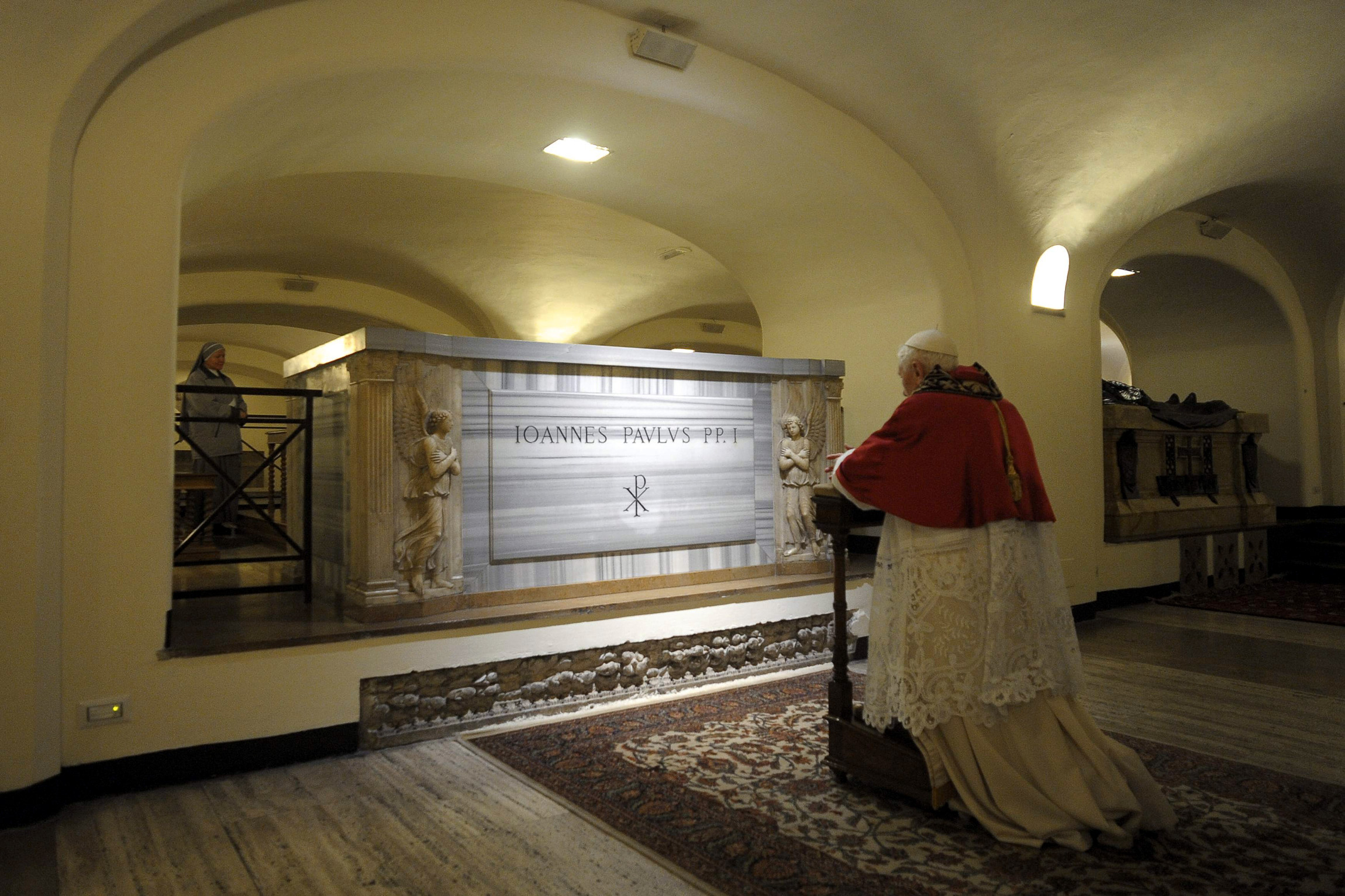 Pope Benedict XVI prays in front of the tomb of Pope John Paul I in the Vatican grottos on All Souls’ Day Nov. 2. (CNS photo/L’Osservatore Romano via Reuters)