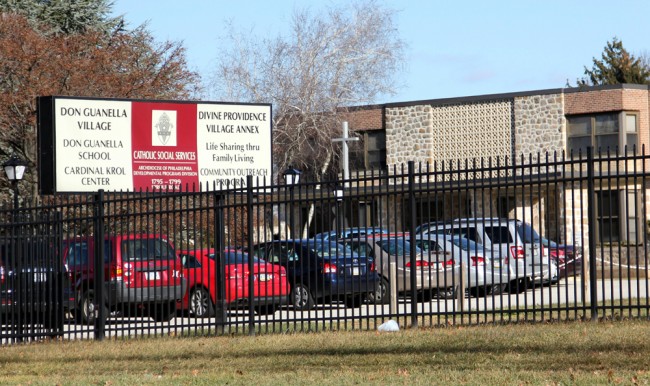 An era will end when, as announced recently, Don Guanella Village begins to move from a full campus-based program to smaller, community-based group homes.

The facility for intellectually disabled men in Springfield, Delaware County has been run by archdiocesan Catholic Social Services for almost half a century.

No firm date for the closure has been set, but it is expected to be finalized with some men relocated in smaller group homes by the end of 2015 at the latest, according to James Amato, deputy secretary CSS.

The need for a campus-based program for the older, frailer men remains strong and a plan will be developed for it within the next several months.

The two factors driving the closure are finances and changes in societal views as to the best practices for residential care of persons with disabilities.

Although Don Guanella receives major funding from the Commonwealth of Pennsylvania, the projected operating deficit for fiscal year 2013 is $1.6 million, caused in part by the removal for mainstreaming purposes of the Delaware County Intermediate Unit from Don Guanella School.

Also, although there is encouragement but no mandate from the state, best practices favor movement of residents into smaller facilities that promote greater mainstreaming into the local community.

At this point younger residents formerly housed at the Don Guanella School, those under 18, have already been relocated to Duffy Hall in the Holmesburg section of Philadelphia, which is part of the St. Francis-St. Joseph Homes for Children system.

Pending the state budget passing, it is expected that four community group homes housing eight men each (32 total) will be developed from  fall 2013 through spring 2014.

Other than the fact they will have more contact with the surrounding community, the men will have greater privacy in that they will be either one or two to a room instead of four to a room in the current main building, which has been a source of concern.

The preference is to work with Delaware County parishes that have available land and are willing to welcome a group home on their property.

Keeping the group homes in Delaware County is preferred because a number of men participate in day programs and sheltered employment in that area.

Each resident will be accommodated according to his respective needs, functioning and medical condition. Don Guanella staff is meeting regularly with an ad hoc group of parents to review alternate residential settings that ensure continuity and quality services to all 128 men at Don Guanella.

Day student members will be offered the opportunity to continue their participation at an off-campus location, preferably in now-vacant parish schools in Delaware County.

Since it will not be practical to keep the administrative and program staff on the 200-acre property, they too will be relocated to a central Delaware County site and the property ultimately marketed for sale.

How soon all of this can be accomplished will depend on the necessary state funding to see it to completion.

Some of the men living at Don Guanella Village have been there for decades, and relocation may be a challenge.

As to feedback from families, “at first there was tremendous concern,” Amato said. “Many would like to see it continue as it was. They are beginning to recognize the fact that we have to adapt our model for the mission to remain hale in the 21st century.”

Sharon Bulgarelli has two siblings in long-term residential care in archdiocesan facilities for persons with intellectual disabilities. Her sister, Elaine Parker, 43, lives in Divine Providence Village, and her brother, James, 41, lives at the CK Center, and they have done so for most of their lives.

The difference is Elaine already lives in a cottage setting, while James lives in the large building but will now be relocated to a smaller cottage.

Both are older and they do need the smaller setting, she believes, but she would not want them in a totally community-based facility.

“They need to be among their friends, and I would not want to see them outside of the Catholic community,” she said. “Wherever they are, it has to be a professional setting and up to code. My mom and dad chose this for them because it was Catholic. To be put into the community in general is not to their best interest. The bottom line is we live in our world and they live in theirs.

“The smaller cottage where James is going looks fabulous, and in the smaller setting there will be more individual attention.”

All of this takes money but, she said, “The funding has been cut, they need more state funding.”

NEXT: St. Donato Parish to merge with Our Lady of Lourdes in West Philadelphia