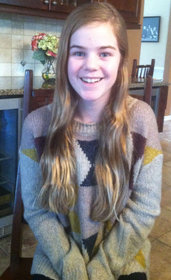 The elimination of full-contact football at the CYO level in the Philadelphia Archdiocese is just one possible recommendation from a panel of experts that is expected to meet soon.

Formation of a CYO advisory panel comes from the need to review a CYO rule that football is a sport designated for boys only. The issue came to a head last fall when Caroline Pla, an 11-year-old Doylestown girl, played for her CYO team last year and the previous year, in violation of the rule.

Examination of the rule for football and more broadly the issues of safety and gender participation in CYO sports is a priority for the archdiocesan administrator responsible for CYO, Jason Budd.

CYO is a big responsibility for just one man, who also serves as deputy secretary for Catholic education. He assumed sole CYO oversight last July from the Office for Youth and Young Adults, whose four staffers had managed the program until it was disbanded in June because of a serious financial crisis in the Archdiocese.

Those are just two of the sports engaging tens of thousands of children up to the eighth-grade level, plus all their coaches. Precise figures for participation were not available since the offices’ transition, Budd said.

CYO in the archdiocese offers a total of 12 sports including track and field, baseball, softball, soccer and field hockey each with varying rules of male/female participation. All of it is managed by regional and local CYO boards of volunteers who implement policies and handle disputes in the archdiocese’s 14 regions in Philadelphia and Bucks, Montgomery, Chester and Delaware counties.

Historically “dozens” of staff personnel in the central archdiocesan CYO office managed the program, Budd said, but “over time responsibility was turned over to the local level, and many regions adopted their own rules in addition to those in the CYO handbook, as long as they didn’t contradict those general protocol rules,” he said.

The advisory panel will examine the gender rule and perhaps how to manage the CYO system better. “The initial objective is to address gender issues in football,” he said. “After a year, we’ll see if it (managing the system) involves extra personnel, if that is one of the recommendations.”

The panel will be made up of dozens of experts in sports medicine, concussions and child safety, and include athletic directors on the college, high school and CYO levels, parents, coaches, priests and religious catechists. Budd would not reveal the panelists’ names because not all had yet agreed to serve.

Its final recommendations are expected by mid-March, which should allow enough time to implement them before the start of fall sports in September.

One parent doesn’t see why such a panel needs to be brought to bear on the issue of girls playing football with boys. Caroline Pla’s father George thinks the rule should have been changed long ago, or at least when it came to a head when his daughter was playing last fall.

“I’m amazed at how hard this has been. Let’s just change it. We’re treating this like it’s an unheard-of concept” George Pla said, referring to girls playing football with boys.

He bristles at the suggestion that the rule prohibiting the participation of girls is for their safety. “There’s no concern for the safety of boys because there’s no assessment. It’s implied that for a boy, there’s no concern because (he) can compete on the field.”

But Pla thinks some boys are at a safety risk because their size or ability level puts them at risk by playing with children with greater size and ability level, be they boys or girls like his daughter. Playing the demanding position of defensive end, Caroline excelled alongside the boys, to the extent that her teammates chose her as team captain.

The rule of boys-only, full-contact football is by no means universal. In the Diocese of Pittsburgh, “we don’t prevent girls from playing football, and we make no distinction, except for dressing rooms,” said Ronald Bowes, grade school CYO administrator for the diocese that serves westernPennsylvania.

But in his more than 20 years managing CYO athletics, “we’ve never had a time when a girl wanted to play” on the grade school level, he said.

For boys and girls, safety and especially the risk of concussions is a big topic that youth sports administrators watch, Bowes said. If a child is above a certain weight, he might present a risk to other players, so limits to playing certain positions – up to 155 pounds for linemen, 135 pounds for running backs – are in effect.

Budd of the Philadelphia Archdiocese said there are no weight classes in archdiocesan CYO programs. Adding weight classes to football would “eliminate mismatches,” Budd said, echoing George Pla’s point. It is likely one of the issues the CYO advisory panel will examine.

Budd seemed in agreement with his counterpart in Pittsburgh who noted there are “no easy answers” in managing safety procedures fairly, but “the rules and regulations exist to make it (sports) as safe as possible,” Bowes said.

Meanwhile, some Catholic dioceses in the United State shave taken full-contact football off the table completely, even in Texas, where youth football is treated almost as a religion. The Archdiocese of San Antonio, for example, offers flag football at the CYO level that is fully integrated with boys and girls. In California, the Archdiocese of Los Angeles offers football in the same way.

If the CYO panel in Philadelphia Archdiocese does recommend adopting flag football and eliminating full contact, “I won’t talk the panel out of anything,” Budd said.

For him, the media sensation that has swirled around Caroline Pla’s participation with boys on the football field is a two-part story that should be examined and resolved with careful deliberation.

“The story is Caroline,” he said. “She has done a wonderful job of demonstrating that she can play football. The rule is designed for safety purposes, but is it outdated? The panel will investigate whether the rule should stay the same, be clarified, or change, and determine what needs to be done to support the change.”

But concussions and safety are another part of the story. The advisory panel will discuss football as a safety issue aside from the consideration of gender participation. But the latter across all sports will be discussed too.

Increasingly, boys are participating in field hockey, traditionally a girls’ sport, and the boys are beginning to dominate the sport.

“It’s a cause for concern in a non-contact sport (such as field hockey), what about a traditional contact sport (like football)?” Budd said. Mixed gender participation “can create an unsafe situation in some cases.”

While some might want the CYO football rule to change, and immediately, “I have an obligation to think about all those who play and coach in this diocese,” Budd said. “We have to be more patient.”