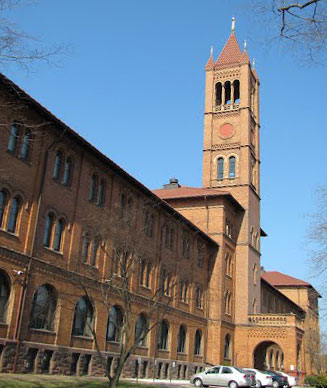 It’s nice when you get a letter telling you what a great job you are doing. It’s even better when a healthy check comes along with it.

For this recognition it received a bonus of $330,000 from Community Behavioral Health, the area non-profit that through a contract with the City of Philadelphia receives funding from the federal and state government and passes it on to the RTFs.

As explained by Joseph Lavoritano, who is executive director of the St. Gabriel’s System (which includes both residential and non-residential programs) the rating system, Pay-4-performance, has been in effect for the past three years, and it is actually for the previous year.

For 2009, the first year considered, St. Gabriel’s ranked third of seven, which was good enough to be awarded a substantial bonus. For the second year St. Gabriel ranked first and received a $325,000 performance bonus. This most recent award, which covers 2011, garnered the $330,000.

The rating is for mostly outcome-based criteria, answering the basic and crucial question, what happens to the young person after he leaves residential care?

For example, does the youth keep the required appointments for counseling? Is re-hospitalization needed? Does he get into further difficulties? What is the AWOL rate?

“It reflects the quality of care they received at St. Gabriel’s Hall,” Lavoritano said.

Roughly 260 boys will pass through St. Gabriel’s in any given year and the average stay might be about nine months. Typically the boys are adjudicated delinquents or are dependent kids with delinquent charges against them.

St. Gabriel’s Hall opened in 1898 as the Philadelphia Catholic Protectory for Boys, and placed under the charge of the De La Salle Christian Brothers, as it remains to this day.

At its foundation in a request for funds, Philadelphia Archbishop Patrick J. Ryan quoted St. Vincent de Paul, who said, “Whatever is necessary is possible, and certainly a protectory for poor boys, who are found but too frequently wandering through the streets of this great city in ignorance and vice, is a necessity and therefore a possibility.”

What was true in St. Vincent’s day and Archbishop Ryan’s day remains true today. As the original name implied, the purpose was protection and treatment, not punishment.

The skilled treatments of today, which really are more akin to hospitalization than incarceration, are not cheap. Lavoritano estimates the total budget to be about $18 million, and not all of that is covered by federal, state and local funding.

“St. Gabriel’s Hall continues the legacy first articulated by Archbishop Ryan,” said its director, Christian Brother Brian Henderson. He pointed to “the impoverished situations that lead to ignorance and children exposed to neglect and under-addressing their need to realize their God-given gifts and building on these gifts so as to take their rightful place in society.”

This is a need St. Gabriel’s has been fulfilling for more than a century — and fulfilling it very well.