Women from diverse backgrounds drawn to life of cloistered monastery 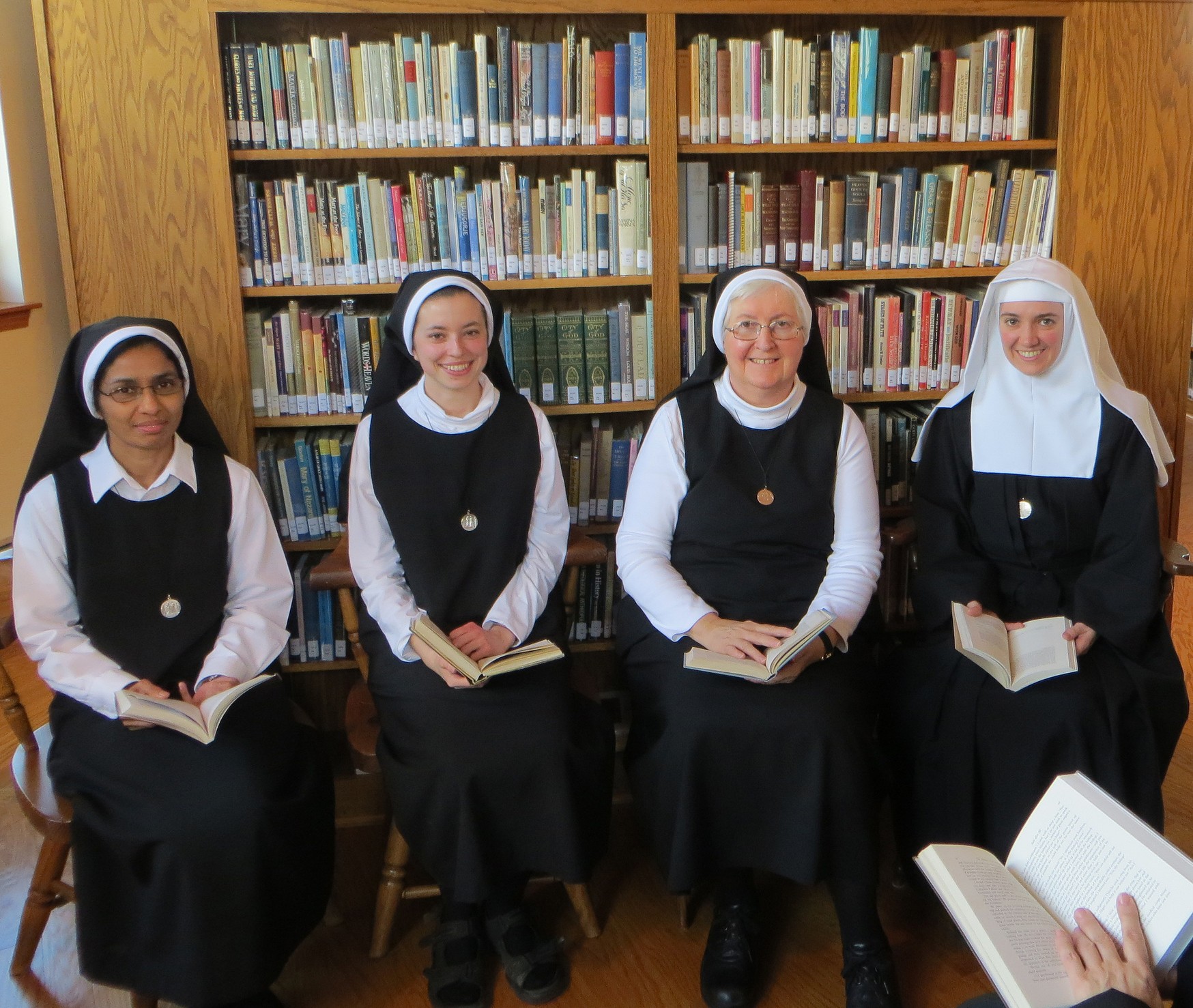 One is a nurse; another was an assistant manager at a Walgreen’s. They have different life experiences and span several decades in age.

However, the four newest members of the Visitation Monastery in Tyringham have one thing in common: They all feel drawn to the life of a cloistered nun.

Their calling — and response — to this vocation highlights National Vocation Awareness Week Jan. 13-19. The week has been celebrated in the U.S. Catholic Church since 1976. Starting next year, the annual observance to promote vocations will be held during the first full week of November.

The newest members of the Sisters of the Visitation of Holy Mary acknowledge they are choosing a life that is definitely different.

Nestled in the Berkshire Hills, the Monastery of Deux Coeurs (Two Hearts), as it is also called, is a place of quiet. There is no cellphone service and life is guided by the ringing of the tower bell as the community of 18 sisters is called to prayer.

Sister Joanna Armstrong, 28, is a novice who entered last February. She holds a degree in environmental science and chemistry, with a minor in theology, from De Sales University in Allentown, Pa. She grew up in Pittsburgh and made her first retreat in Tyringham 10 years ago.

She said it took her a while to figure out where she belonged.

She did a year of service at a home for homeless, pregnant women in Arizona. She then worked with the Little Sisters of the Poor and entered the Carmelite order until she considered returning to the sisters she had known for 10 years and who have been like a family to her.

Sister Joanna said that many people don’t understand or support a vocation to the religious life — especially the cloistered life but she feels this lifestyle enables her to do so much through prayer which is her favorite part of her newfound life.

“I like the ebb and flow,” Sister Joanna said. “There is continual movement and yet you’re continually still. You are present always in the chapel and always moving to and from the chapel at all times. So, no matter what you are doing you know you’re always headed to the chapel, even when you are walking out of the chapel.”

She said her biggest adjustment is learning to go to bed early, since she has always been a night person. She said she does not miss her cellphone or the Internet and “just feels free from it all.”

Sister Mary Emmanuel Dominguez, directress of novices for the community, said she gets an e-mail inquiry about the Visitation order almost every day and the community is currently connecting with four more women who want to enter.

Their monastery can only house 24, so they have to figure out how they could expand the novitiate if necessary. “And we do have an age limit. Right now it is 18-43 because we are trying to look toward the future of our community,” she said.

However, they will make some exceptions, and an example of that is Sister Bernadette Heffernan of Wilmington, Del., who has been at the monastery for six months. The 68-year-old is a nurse and widow who was an active religious in the 1960s in the Felician community.

“We’re looking for someone with enthusiasm, someone’s who’s very interested in the religious life, someone who is a deep, faithful Catholic,” said Sister Mary Emmanuel. She said that anyone considering religious life has to be open, willing to take a risk, and be someone who dares to be different.

Sister Anna Thannical, a 48-year-old native of India, said she had wanted to be a cloistered nun since she was a little girl.

Her path didn’t directly lead her to the monastery. She came to America in 1989 after graduating from college. She was married and started a career. She became an assistant manager at a Walgreen’s in Norwalk, Conn.

“In my heart, I knew something was missing. I found the missing piece here,” she said.

Sister Jennifer Mendenhall, 21, was living in Hanford, Calif., working in a preschool and attending community college, when she found the Visitation Monastery online and said she felt that “God drew me here.”

Sister Mary Emmanuel said women are looking for “sisters who are going to live what they say they are living” and they also “want a deep prayer life.”

Sister Joanna advised anyone considering a vocation to relax about their decision. “The Lord wants to make it known so don’t try too hard. I know I always thought that I had to figure it out by myself — when the answer was right in front of me. … Don’t overthink it,” she said.

Weber is a reporter, producer and social media editor for Catholic Communications for the Diocese of Springfield, Mass.