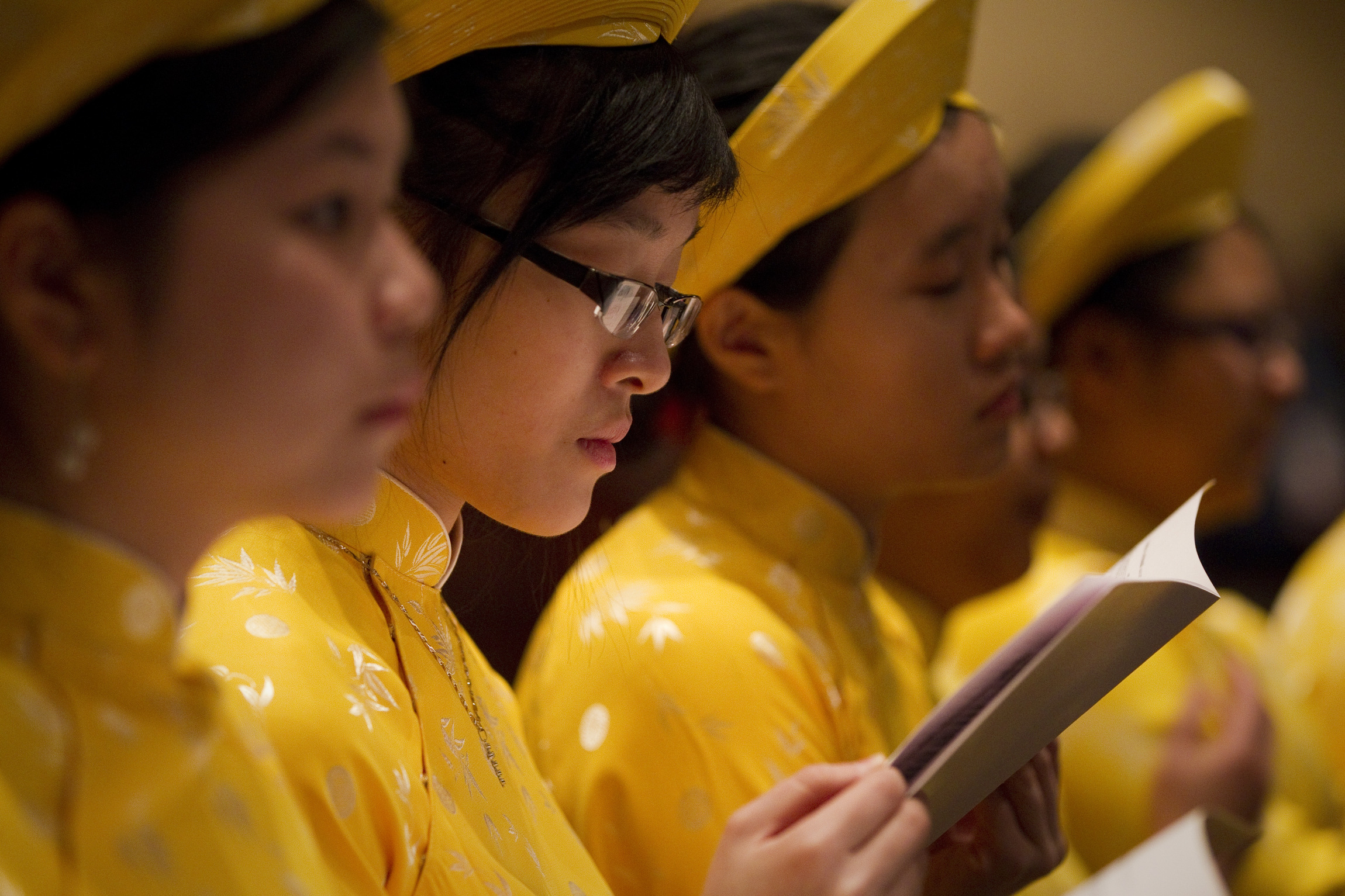 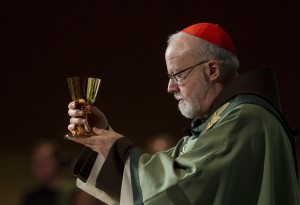 Cardinal Sean P. O’Malley of Boston celebrates Mass opening the Catholic Social Ministry Gathering in Washington Feb. 10. Human life and dignity was the theme of this year’s national meeting of Catholics engaged in outreach and advocacy in the areas of human development and peace. (CNS photo/Nancy Phelan Wiechec)

WASHINGTON (CNS) — With stories of Dorothy Day, Rep. Wilbur Mills, Pope John Paul II, Flannery O’Connor and Cardinal Francis Spellman, as well as the humble saga of a poor immigrant from El Salvador and a mission parish in Papua New Guinea, Boston’s cardinal archbishop called Catholic social ministry workers to be mentors and examples in living out the Gospel.

As the Feb. 10 plenary speaker at the annual Catholic Social Ministries Gathering in Washington, Cardinal Sean P. O’Malley laced his remarks of encouragement in mission with tales of figures large and small, many of whom he has encountered in his years as a seminarian, priest and bishop.

“We need mentors,” he said, observing that “we live in a world obsessed with celebrity … celebrities have replaced heroes.” That means that often for all the talents of people like those in the room who work with the poor and marginalized, much of society goes through life self-absorbed.

In one of his stories, Cardinal O’Malley related the lifelong quest of Dorothy Day for a simple life in a supportive community.

Day, the co-founder of the Catholic Worker Movement whose sainthood cause is progressing through the Vatican, was shaped for life by the community that she observed as a child after a devastating earthquake, he said.

Boston Cardinal Sean O’Malley quoted a poem by Peter Maurin, which reads, in part: “The world would be better off if people tried to become better; And people would become better if they stopped trying to be better off.”

Whole neighborhoods of people around her family’s home in California were forced to live in tents for weeks after the earthquake, he said. Former strangers pooled their resources and went to great lengths to help each other in the tent communities. But once people returned to their homes and life got back to normal, their interactions with each other reverted to their previous individualistic ways.

The cardinal, who said that as a seminarian in Washington he met Day, noted that the convert to Catholicism talked about a pivotal moment in her faith life. After coming to Washington in December 1932 to report on a hunger march organized by Communists, Day went to the National Shrine of the Immaculate Conception to pray about her conflicted feelings about Communists as “a party at war not only with capitalism but religion,” as an article about Day on the Catholic Worker website put it.

“I offered up a special prayer, a prayer which came with tears and anguish, that some way would open up for me to use what talents I possessed for my fellow workers, for the poor,” the story quoted Day.

In New York the next day, she met Peter Maurin, a former Christian Brother who became her teacher and spiritual adviser and who helped shape the work of her life, including beginning The Catholic Worker newspaper and subsequently Catholic Worker houses of hospitality.

The cardinal’s address was followed by a multicultural Mass, at which Bishop Richard E. Pates of Des Moines, Iowa, urged the congregation to forge ahead with the social justice agenda “with the encouragement of the Gospel,” even though the times seem especially challenging.

He referred to the day’s Gospel reading about Jesus advising his disciples, who were despairing over catching no fish overnight, to “cast out into the deep water.”

“As we initiate a new year of commitment to justice and charity should we not employ this same command of Jesus — ‘cast out into deep water?'” asked the bishop, who is chairman of the U.S. bishops’ Committee on International Justice and Peace.

“In our times, the prophetic role in our Judeo-Christian tradition is entrusted in large measure to the laity,” Bishop Pates said. “Your vocation is to be leaven and light to the world carrying the torch that implicitly evangelizes.”

NEXT: ‘This is our house’: Parishioners help snowbound churches dig out