Once more into the immigration law process: a familiar road 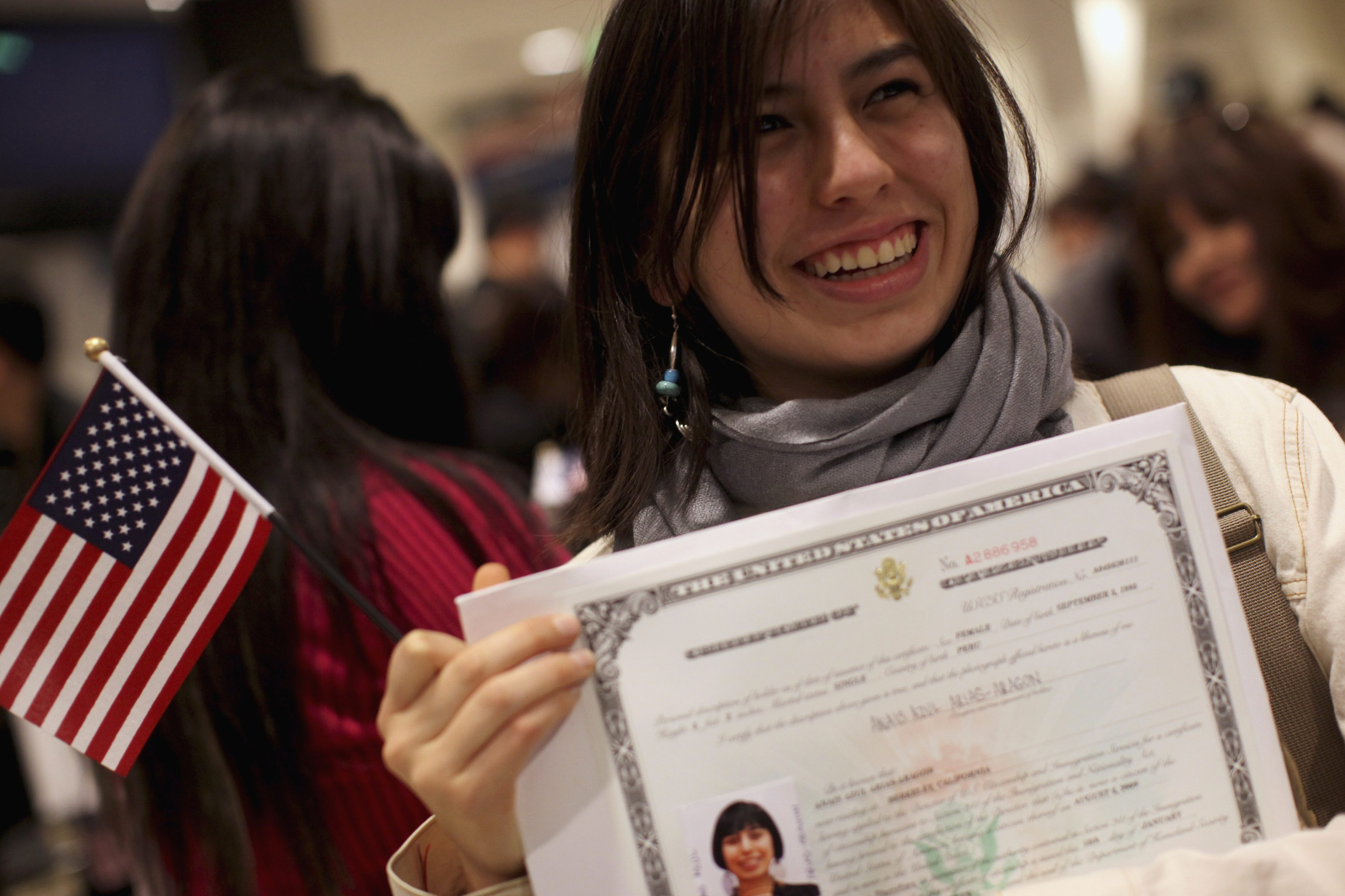 WASHINGTON (CNS) — They’ve been down this road before — trying to pass a far-reaching reform of the U.S. immigration system.

The last time Congress passed a substantial immigration reform law in 1986, then-Father Nicholas DiMarzio, as director of Migration and Refugee Services for the U.S. Catholic bishops, was a part of coalition-building among interest groups such as the National Council of La Raza and the AFL-CIO.

“It was a whole different political scene,” said now-Bishop DiMarzio of Brooklyn, N.Y. “Bipartisanship was possible. I don’t know how it’s going to work this time.”

In the mid-1980s, the problem of millions of immigrants being in the country without permission to be here was a relatively new issue, he told Catholic News Service. The situation affected around 5 million people in perhaps 10 states, mostly along the Mexican border plus New York, Florida and Illinois.

Today, an estimated 11 million people lack legal immigration status and they live throughout the country. The list of states with the fastest-growing populations of immigrants includes Tennessee, North Carolina, Arkansas, Delaware and Wyoming.

The past history of the kind of coalition-building it took to pass previous immigration legislation may bear lessons for today as Congress launches what may be the best chance for comprehensive reforms since the era of the Iran-Contra Affair and the initial public stock offering for Microsoft.

A bipartisan panel of senators Jan. 28 presented the key elements they support, including creating a path to citizenship for undocumented immigrants, strengthening border security, streamlining legal immigration options and improving systems for verifying eligibility for work.

A day later, President Barack Obama outlined a similar but more comprehensive list of his goals for immigration legislation. The White House later said he hopes to sign a bill by the middle of 2013. The House kicks off hearings on immigration reform Feb. 5.

Obama’s and the Senate panel’s proposals have been cautiously praised by a phalanx of organizations, representing faith groups, civil rights organizations and employers. Among those, Jesuit Father Thomas H. Smolich, president of the Jesuit Conference of the United States, said the order is encouraged by the bipartisan tone of the senators’ proposal, though some aspects raise concerns. “A genuine understanding of the realities faced by border communities will yield the best policy,” he said.

Los Angeles Archbishop Jose H. Gomez, chairman of the U.S. Conference of Catholic Bishops Committee on Migration, hit on a common theme of many faith groups’ responses in welcoming the the senators’ framework, particularly its inclusion of a path to citizenship, but he said it leaves room for improvement in the areas such as due process rights and the root causes of migration.

Since more than 70 percent of Hispanic voters supported Obama in the 2012 election over rival Mitt Romney, Republican leaders who saw that margin as crucial to the defeat of their candidate have moved swiftly to restart efforts at fixing an immigration system that is widely described as broken.

One example of the range of political and economic heft behind the issue was a press conference in mid-January held under the title “Forging Consensus,” at which a panel of mostly Republicans talked about how they will energize their constituencies. It included Thomas Donahue, president and CEO of the U.S. Chamber of Commerce; Johnny Young, director of MRS for the USCCB; Indiana Attorney General Gregory F. Zoeller and former Commerce Secretary Carlos Gutierrez, now vice chairman of Citigroup.

Gutierrez announced at the event that he was forming a political action committee to support Republican politicians who back comprehensive immigration reform. The economy has not been well served by the current immigration system, Gutierrez said, and 2013 offers the first real shot at getting reforms passed since 2007.

“If we don’t get it right, it’s going to be another six years before we have another shot,” he said.

For more than 20 years, periodic efforts pushed at times by Democrats as well as Republicans, by Presidents George W. Bush and Bill Clinton have gotten as far as votes in one body of Congress before falling apart.

For historical perspective on the last law that helped legalize millions of undocumented immigrants, CNS stories from the 1980s reported on multiple bills being introduced and considered in Congress. Several of those the U.S. Catholic Conference, as it was known at the time, generally supported, though church leaders voiced concerns over certain aspects. For instance, a 1985 resolution of the U.S. bishops opposed employer sanctions for hiring undocumented workers, out of fear that the workers would suffer repercussions. They also called for a secure employment identification system.

More than 2.6 million people had their status legalized under the 1986 Immigration Reform and Control Act, known as IRCA, which also included provisions for employer verification and new border security measures.

It was the only time in recent history that the U.S. had a mass legalization that wasn’t directed at a specific population, such as the Cuban Adjustment Act of 1966 and the 1943 repeal of Chinese exclusion laws, explained Don Kerwin, director of the Center for Migration Studies and acting director of the Catholic Legal Immigration Network, known as CLINIC.

When the 1986 immigration measure was being worked out in Congress, Kerwin was a law student, doing some work with immigrants. He later went on to be CLINIC director for 15 years and then to study topics including immigration legalization at the Migration Policy Institute.

The bishops’ 1985 fears about workers suffering for employer sanctions proved to be true, Kerwin said.

“IRCA for the first time made it illegal to hire workers without documents,” he said. “And there is a widely recognized connection between people being pushed farther underground and more subject to labor abuses.”

Kerwin said that eventually created a climate ripe for the state legislative efforts of the last few years that aim to push undocumented immigrants to move away rather than contend with restrictions such as legal residency requirements to rent houses or to get driver’s licenses.

PREVIOUS: Cardinal Mahony relieved of public duties for past failure to protect children