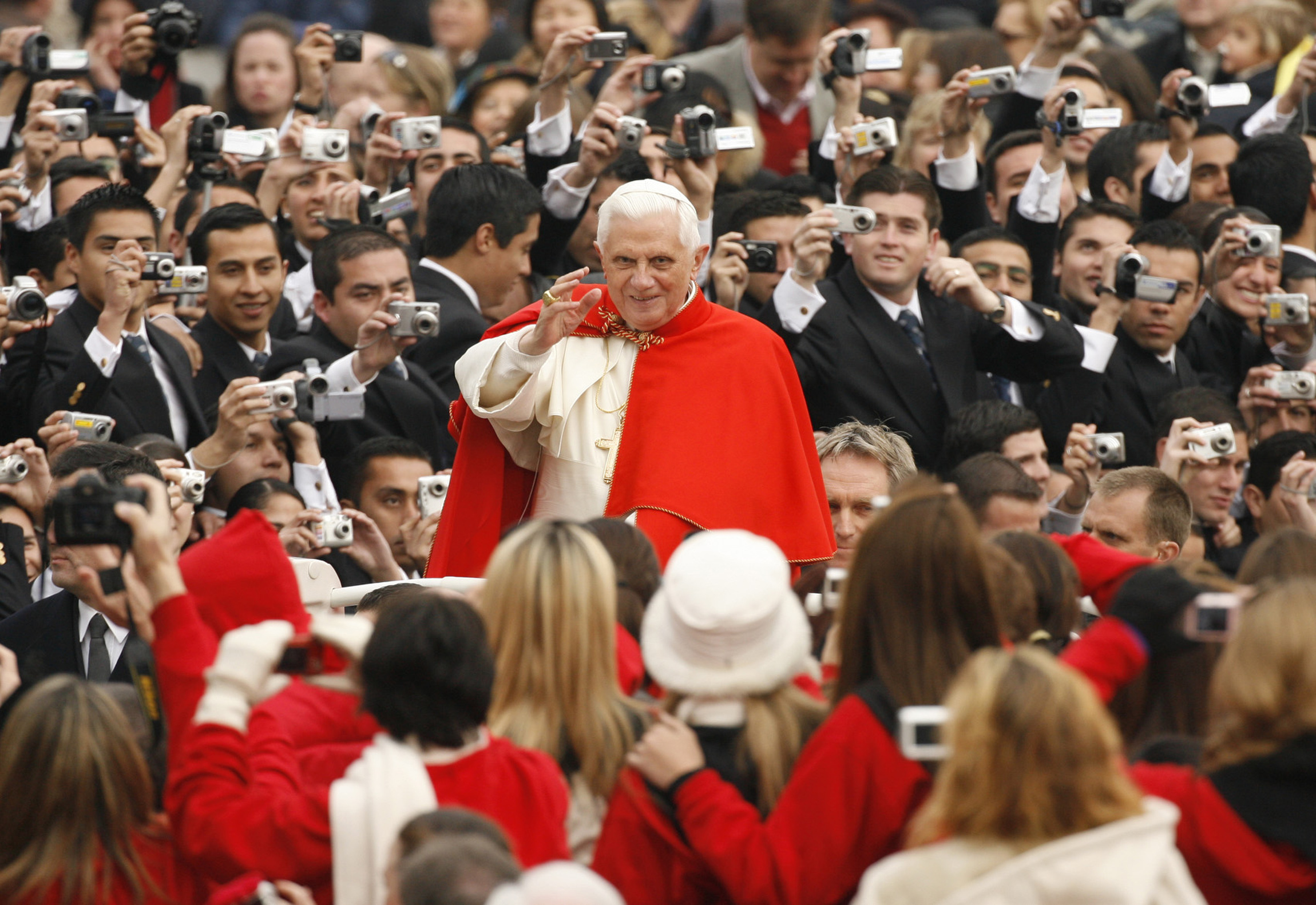 VATICAN CITY (CNS) — As much as he astonished the world when he announced his resignation Feb. 11, Pope Benedict XVI’s decision seems almost predictable in hindsight. Given his previous statements on the subject and his recent signs of aging, one might say that people should have seen it coming.

The real mystery now is not why Pope Benedict chose to step down, it is how this almost-unprecedented action will affect the papacy and the church.

In 2010, Pope Benedict told the German journalist Peter Seewald that “if a pope clearly realizes that he is no longer physically, psychologically, and spiritually capable of handling the duties of office, then he has a right and, under some circumstances, also an obligation to resign.”

The signs of fatigue and difficulty walking that have struck most papal observers in recent months led him to conclude, as he told an assembly of cardinals two days before Ash Wednesday, that “strength of mind and body … has deteriorated in me to the extent that I have had to recognize my incapacity to adequately fulfill the ministry entrusted to me.”

Many people today associate unexpected resignations with scandal or crisis. In the immediate aftermath of Pope Benedict’s announcement there was predictable speculation that he might be stepping down under pressure of some grave problem in the church, perhaps one yet to be revealed.

It is probably no coincidence that Pope Benedict waited to resign until after he had observed the 50th anniversary of the opening of Second Vatican Council last October. If his papacy has had a single unifying project, it has been his effort to correct interpretations of Vatican II as a radical break with the past, in favor of a stress on the continuity of the council’s teachings with the church’s millennial traditions.

But if Pope Benedict declined to resign at the height of the controversy over clerical sex abuse in late winter and early spring of 2010, when some accused him of personally mishandling cases of pedophile priests in Germany and the U.S., it is hard to imagine what sort of crisis he might deem disturbing enough to resign over now.

As he told Seewald later that same year: “When the danger is great one must not run away. For that reason, now is certainly not the time to resign. Precisely at a time like this one must stand fast and endure the difficult situation. That is my view. One can resign at a peaceful moment or when one simply cannot go on. But one must not run away from danger and say that someone else should do it.”

Pope Benedict may have judged the eve of Lent a particularly good moment to announce his resignation since, as the Vatican spokesman, Jesuit Father Federico Lombardi, told reporters at a briefing shortly afterward, the timing practically ensures that the church will have a new pope by Easter.

It is probably no coincidence, and certainly fitting, that Pope Benedict waited to resign until after he had observed the 50th anniversary of the opening of Second Vatican Council, last October. If his papacy has had a single unifying project, it has been his effort to correct interpretations of Vatican II as a radical break with the past, in favor of readings that stress the continuity of the council’s teachings with the church’s millennial traditions.

Now, Pope Benedict has made his own dramatic innovation in church tradition. Of the several men, perhaps as many as 10, who have resigned the papacy in the history of the office, only one other did so freely: Pope Celestine V, in 1294.Given how much the papacy and the world have changed in the seven centuries since, there is practically no precedent for Pope Benedict’s new role.

Father Lombardi told reporters that Pope Benedict will retire to a monastery inside the walls of Vatican City, where he will dedicate himself to study and prayer. The Vatican spokesman said he expected the former professor and prolific author to continue writing and communicating with the outside world. Asked whether the presence of a living former pope would present any danger of division within the church, Father Lombardi replied that it would be entirely out of character for Pope Benedict to say or do anything that might undermine his successor.

That assumption seems more than fair, but Pope Benedict’s humility and discretion may be beside the point. In the age of the Internet, it is not hard to imagine critics excitedly claiming, on the authority of anonymous sources, that the former pope privately disapproves of this or that among his successor’s decisions. Father Lombardi might find himself busy debunking such assertions, and even soliciting the occasional disclaimer from Pope Benedict himself.

Even if the presence of a living former pope poses no threat to the new pope’s leadership or teaching authority, it will add complexity to the emotional and spiritual bonds that millions of Catholics enjoy with the successor of Peter. After all, the special devotion that many of the faithful feel for Pope Benedict today will surely not cease the moment a new pope is elected. That attachment would be a liability for Pope Benedict’s successor, if the papacy were a secular political office. By the lights of faith, however, the prayers of a former pope and all those united with him ought to make the papacy that much stronger.

NEXT: Pope to live in Vatican monastery established by Blessed John Paul