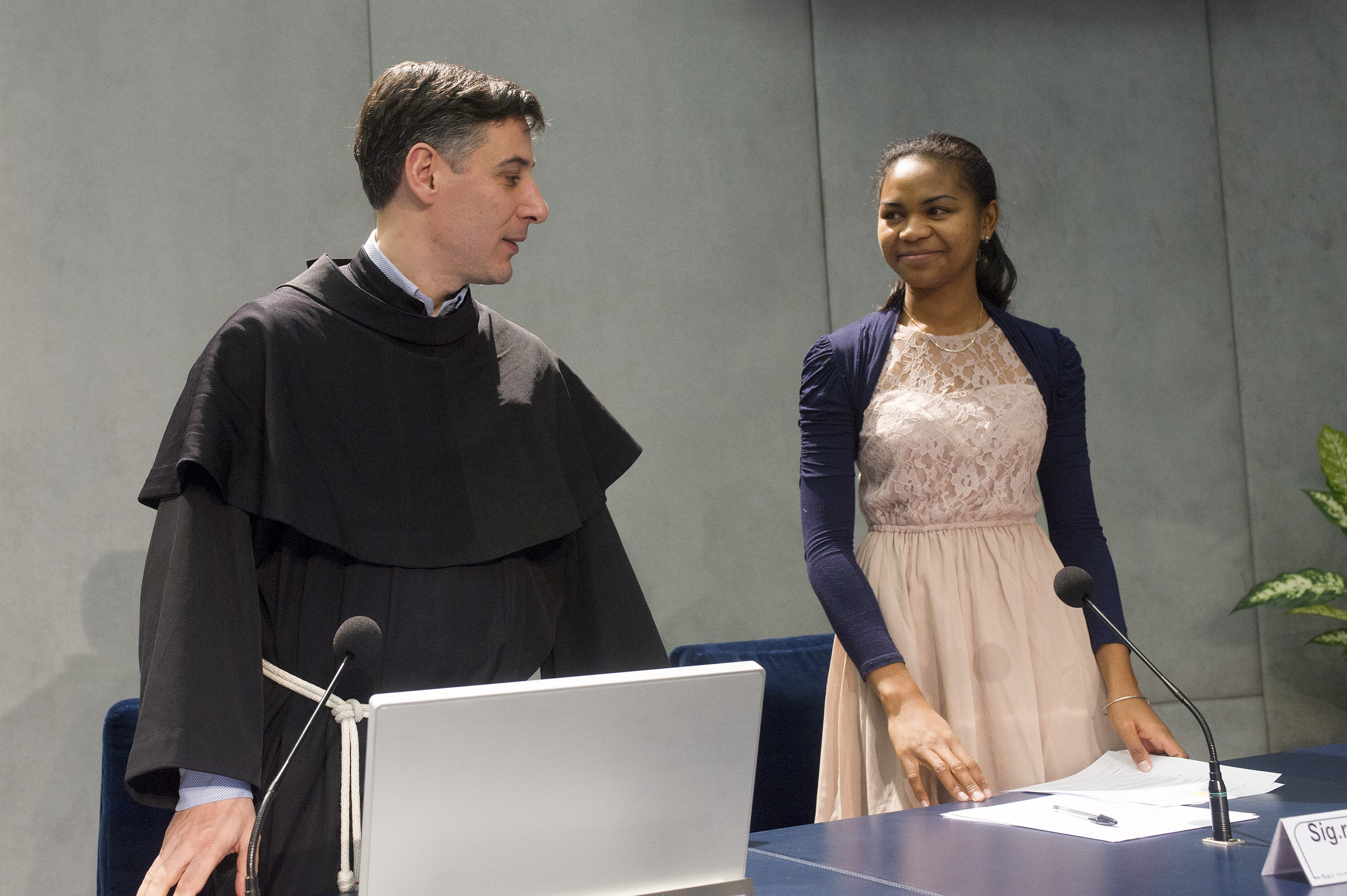 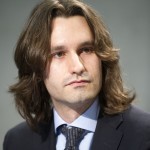 VATICAN CITY (CNS) — The best way the church can be heard and seen amid the deluge of the information age is to launch a media blitz of simple answers to life’s deepest questions, a young Catholic journalist told a Vatican news conference.

“People always say it should be quality over quantity; perhaps this was true once upon a time, but today quantity is necessary,” said Alessio Antonielli, who works for the Conventual Franciscan-run San Francesco Review magazine in Assisi.

“The church is full of quality” with its rich 2,000-year history of writings and teachings, but “the problem is no one reads them; and today if you aren’t present in certain channels, it’s like you don’t even exist,” he said Jan. 31, the feast of St. John Bosco, father and teacher of young people.

Antonielli was one of a number of speakers presenting details about the Pontifical Council for Culture’s plenary assembly Feb. 6-9.

He and Farasoa Mihaja Bemahazaka, a university student from Madagascar, were invited to attend the assembly to help the council’s members and advisers explore this year’s topic of emerging youth cultures and how the church can better respond pastorally.

Cardinal Gianfranco Ravasi, the council’s president, said often it seems young people are disconnected from the real world around them, with eyes glued to smartphones and ears muffled by headphones.

“In a certain sense they have put up a shield of self-exclusion” not only against “the unbearable social, political and religious difficulties we adults have created,” but also because “we have excluded them with our corruption and hypocrisy, precarious employment, unemployment and alienation,” he said.

Young people are passionate about many things and are often hiding their own genuine sense of spirituality, sincerity and freedom “under the guise of apparent indifference,” the cardinal said.

The more the church’s message is “out there,” he said, the more likely someone will come upon it and decide to explore it.

Antonielli said to overcome this indifference, it’s necessary to anticipate and be ready for what young people need and are looking for.

He said he was searching for the meaning of life and other important questions during his time at college. Instead of finding answers, he stumbled upon even more questions and was never actively approached with the church’s message.

The church needs to have “a huge presence” in a world awash with choices “because few will see or hear just one pearl dropped in a pool.” The more the church’s message is “out there,” he said, the more likely someone will come upon it and decide to explore it.

This means the church needs to translate its values and teachings into simply understood terms and concrete actions, he said.

Antonielli, who majored in philosophy, said he needed to refer back to Plato, Aristotle, St. Thomas Aquinas and other thinkers of the past to decipher some of the fundamental principles of Christianity. He said he doubted there are many others who would put in the same kind of effort.

“If we don’t go to Mass every Sunday, it’s because the priest’s ‘lecture’ tells me nothing, it doesn’t resonate with me, doesn’t speak my language,” he said.

The church needs to make the Gospel message more understandable, with rational explanations that are both simple and quick, and deep and meaningful at the same time, he said.

While the church needs to be more present where young people are “in the digital habitat,” it cannot forgo the power of human communion, he said.

Religious and lay Catholics also need to translate what the church teaches concretely into their everyday lives by being credible witnesses, he added.

Both Antonielli and Bemahazaka said they found the church to be most effectively present in Catholics who approached them or showed them what true friendship and fellowship is, rather than being swayed by someone who just made dogmatic pronouncements.

“What helped me most was contact with others, especially other young people,” who were active in Catholic groups and volunteer associations, Bemahazaka said. Their presence and activities gave her ways to actually become part of a faith-based community, she said.

“There’s a low birthrate in generating faith, too,” he said.

The church needs to figure out why its efforts have sometimes failed and what has “dug the divide between youth and the church,” he said.

Today’s adults either “don’t know how to or don’t have time to take care of their own faith and grow in the faith” so as to show young people the way, the bishop said.

PREVIOUS: Why not women priests? The papal theologian explains