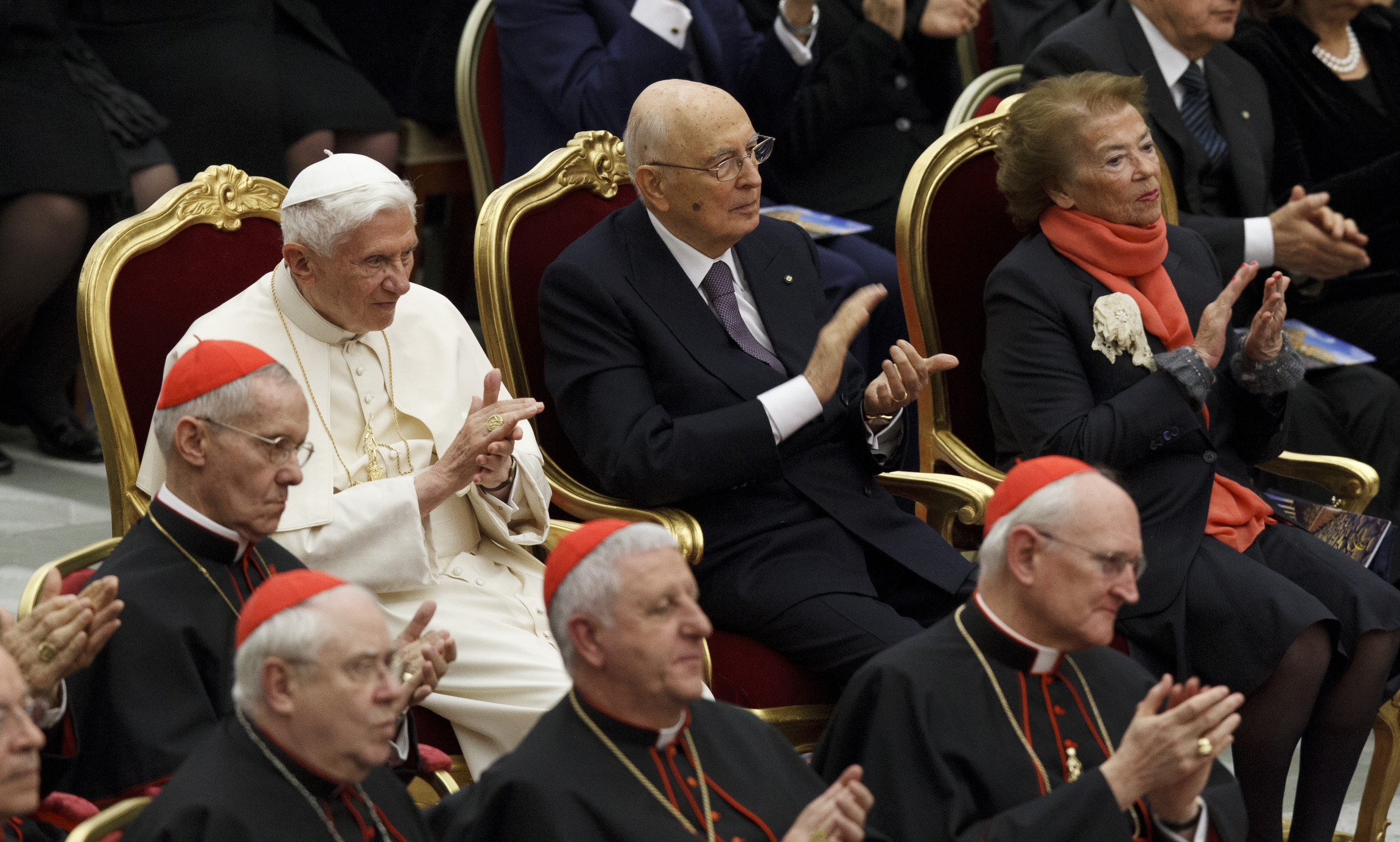 Pope Benedict XVI, Italian President Giorgio Napolitano and his wife, Clio, seated right of the pope, applaud a concert in Paul VI hall at the Vatican Feb. 4. The Orchestra del Maggio Musicale Fiorentino performed at the concert marking the 84th anniversary of the Lateran Pacts, which recognized the Vatican's full sovereignty over its territory. (CNS photo/Paul Haring) 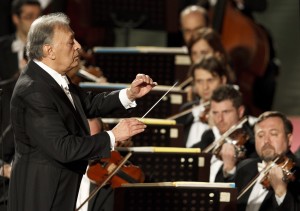 The concert, which marked the 84th anniversary of the Lateran Pacts recognizing the sovereignty of Vatican City State, was organized by the Italian embassy to the Holy See and held in the Vatican audience hall.

Mehta and the Orchestra del Maggio Musicale Fiorentino played for about an hour, performing works by Verdi and Beethoven.

Pope Benedict commented on each of the compositions in his remarks after the concert. Verdi’s symphony, “La Forza del Destino,” the pope said, portrays the “drama of human existence marked by a tragic destiny and by yearning for God, for his mercy and love, which offer light, meaning and hope even in the darkness.”

Speaking of the funeral march in Beethoven’s “Symphony No. 3 in E flat major,” Pope Benedict noted that the “thought of death invites one to reflect on the hereafter, on the infinite.”

“The search for meaning that may lead to solid hope for the future is part of humanity’s path,” the pope said.

President Napolitano, who has regularly marked the anniversary of the Lateran Pacts by offering a concert to the pope, noted in his remarks that this would be their last such meeting, since his seven-year term of office expires in May.

His voice faltering with emotion, Napolitano, 87, expressed appreciation for his years of dialogue with the pope and for what he described as growing cooperation between church and state.

“We will continue, Your Holiness, as Italians, whatever our position, to pay attention to your messages,” Napolitano said, “and draw from them grounds for reflection and faith.”