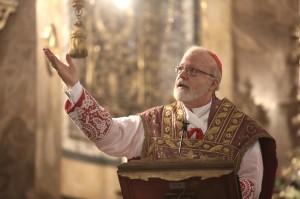 Introduced March 5 by three House Republicans, the bill had 66 co-sponsors as of March 11.

The bill will “help preserve the vitally important traditions of religious freedom and the right of conscience,” Cardinal O’Malley said in a March 11 letter to House members.

He also asked representatives to “help incorporate its policy into upcoming ‘must-pass’ legislation.” The principal sponsors of the bill had voiced at a March 5 press conference introducing the bill their hopes that the bill would be folded into a continuing resolution needed to fund federal government operations beyond March 27.

The cardinal was in Rome to participate in the conclave to select a new pope.

“Protection for conscience rights in health care is of especially great importance to the Catholic Church, which daily contributes to the welfare of American society through a network of schools, social services, hospitals and assisted living facilities,” Cardinal O’Malley said in his letter.

“The legal protections which allow us to fulfill our obligation to serve others, without compromising our religious or moral convictions, are essential to the continued vitality of these ministries. While those protections have long enjoyed bipartisan consensus, they are under greatly increased pressure today,” he added.

“An example is the mandate for coverage of contraception, sterilization and abortifacient drugs and devices being implemented under the Affordable Care Act’s ‘preventive services’ provision. The lawsuits filed against this mandate by dozens of Catholic organizations, and dozens of for-profit and nonprofit organizations led by other people of faith, highlight the need to reassert Americans’ right to live and serve in accord with their deepest convictions about the sanctity of human life,” Cardinal O’Malley said.

“Doctors, nurses and other health professionals, as well, have reason today to fear that their ability to serve others in accord with their values will not be well defended in our nation’s laws or in our judicial system.”

In a letter to House members dated Feb. 15, before the bill was introduced, Archbishop William E. Lori of Baltimore, chairman of the U.S. bishops’ Ad Hoc Committee on Religious Liberty, said: “A restoration of full respect for one of our nation’s founding values is urgently needed.”

Archbishop Lori asked the House to “restore a tradition on rights of conscience in health care that has long enjoyed bipartisan consensus, but is now under greatly increased pressure.”

PREVIOUS: Bishops say they could not support rewritten Violence Against Women Act