After conclave, cardinals get caught up, get to know new pope 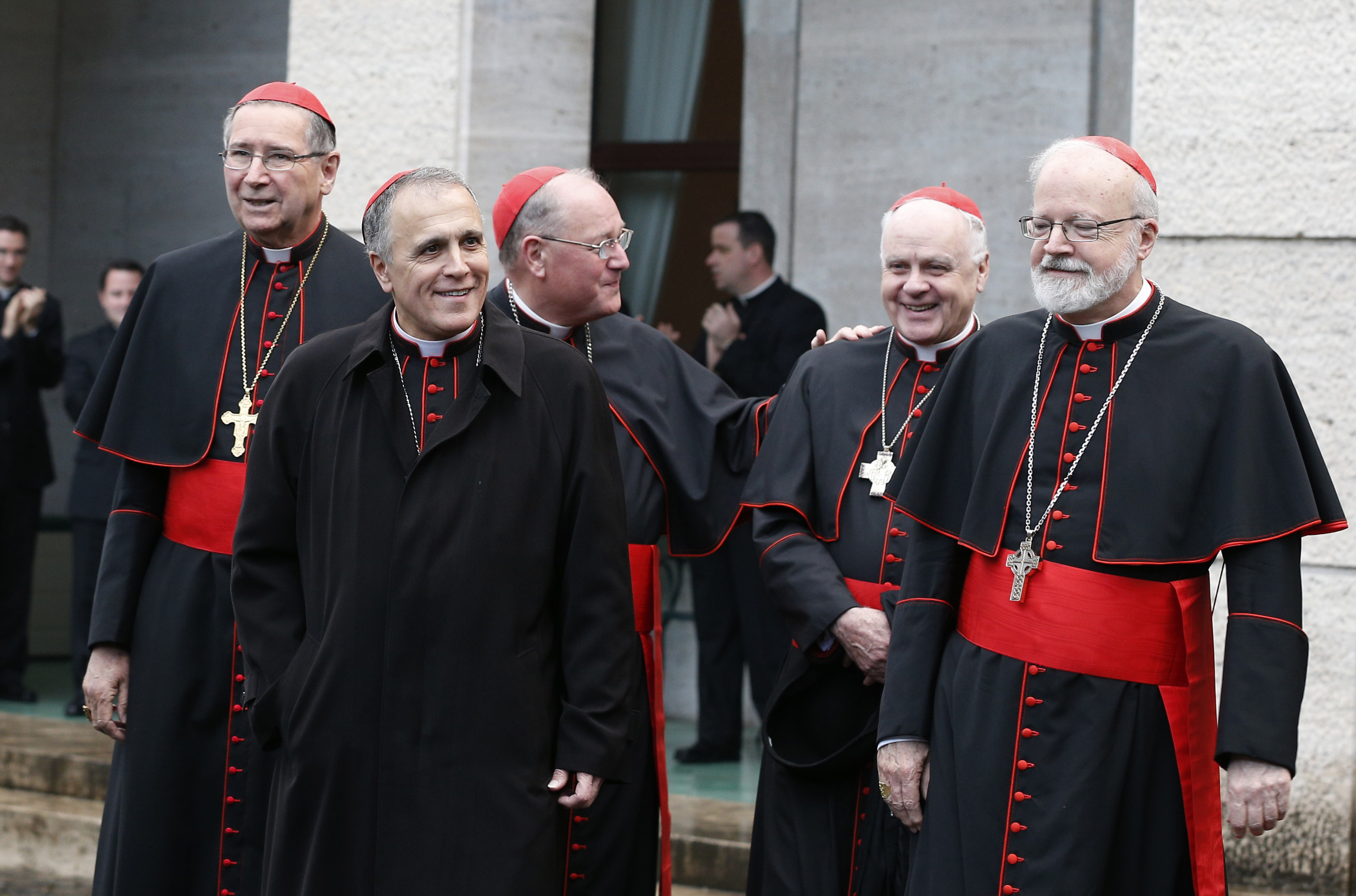 VATICAN CITY (CNS) — While the cardinal electors were intensely praying and choosing the next pope, they were utterly unaware of the huge crowds waiting outside braving the rain and whether the smoke really worked, said Cardinal Timothy M. Dolan of New York.

The cardinal also said that while he and the 114 other electors were shut off from the rest of the world, a new member of his family had been born when his niece gave birth to a baby boy.

He said he knew she was probably going to go in to the hospital March 12, which was the start of the conclave, so it was “the first thing I asked when I got out,” he told reporters the night Pope Francis was elected March 13.

Being cut off from all forms of communication for 27 hours was not easy.

Cardinal Daniel N. DiNardo of Galveston-Houston told reporters that it was difficult to not have his cellphone with him during the conclave because he was so used to having it on him.

But the seclusion meant the cardinals were not even aware if the smoke signals they were sending could be seen or interpreted correctly given the past history of the smoke being a confusing shade of gray.

“Did the smoke work this time?” Cardinal Dolan asked reporters.

He said it was fascinating to watch how the ballots and packets of chemicals that made either black or white smoke were being loaded in the two stoves in the Sistine Chapel.

It was Cardinal Dolan’s first conclave, which he said was “very inspirational, very moving.”

He said he listened to a few “veteran” cardinals who had participated in a conclave before for input, and they told him that “Once you get in there, you will feel the gentle breeze of the Holy Spirit, and you’ll see God’s grace very much at work.”

“You feel a beautiful sense of resignation and direction as you see things unfolding,” Cardinal Dolan said.

“It was a very beautiful experience and it’s something I will never forget,” he added.

The procession into the Sistine Chapel was “a magnificent fraternal, apostolic climate and atmosphere to pray together, talk together. …You could just see a sense that this was in God’s hands, even though that didn’t absolve us from the responsibility and hard work we needed to do” of voting for the right person, he said.

Cardinal Thomas Collins of Toronto said “I found it to be just an immensely moving experience, profoundly so.”

Cardinal Dolan said it was very emotional when the final ballot revealed Argentine Cardinal Jorge Mario Bergoglio had reached and then surpassed the two-thirds majority of 77 votes needed to become pope.

“There was big applause first of all when he reached the vote of 77 and we knew ‘here’s the man’ and then when it was announced again at the end with the final tally” there was more applause, and still more when he accepted his election.

“I don’t think there was a dry eye in the place,” Cardinal Dolan said.

He said he wasn’t surprised a successful vote had happened so quickly, after just one and a half days of voting and five ballots.

After he was elected and put on his papal vestments, Pope Francis did not choose to sit on a special white chair that had been set up for him on an elevated platform. Instead “he looked at it and said, ‘I’ll stay down here,’ so he met with each us on our own level,” Cardinal Dolan said.

The pope’s choice of the name Francis did not surprise anybody, the cardinal said, because the pope had been known “for his beautiful care and love for the poor in Buenos Aires” and his humility in taking the bus to work every day.

The pope’s habit of taking the bus apparently was not easy to break.

After Pope Francis greeted the crowds in the square, he and the cardinals left the apostolic palace to return to their lodgings at Domus Sanctae Marthae. But, instead of getting in the papal car that was waiting for him, the pope took one of the mini-buses with the rest of the cardinals.

“I guess he told the driver, ‘That’s ok I’ll just go with the guys on the bus,'” Cardinal Dolan said.

His simplicity and sense of humor were apparent when the pope asked the cardinals to join him in a meal together.

“We toasted him and then he toasted us and he said, ‘May God forgive you'” for having elected him pope, which “brought the house down” with laughter.

Washington Cardinal Donald W. Wuerl said he was particularly impressed that the new pope joined the cardinals for dinner. The fact that he “just walked in and ate with us,” the cardinal said, was “so simple and unpretentious.”

When Cardinal Dolan was asked by the New York press how he felt about the Italians rooting for him to be pope, he said with a laugh: “I didn’t take those things seriously. I’d like to say this, especially to the New York press: ‘I told you so!'”

PREVIOUS: Who is Pope Francis?

NEXT: Pope Francis: Choosing a Jesuit as a reformer — on many levels