Pope Francis: Choosing a Jesuit as a reformer — on many levels 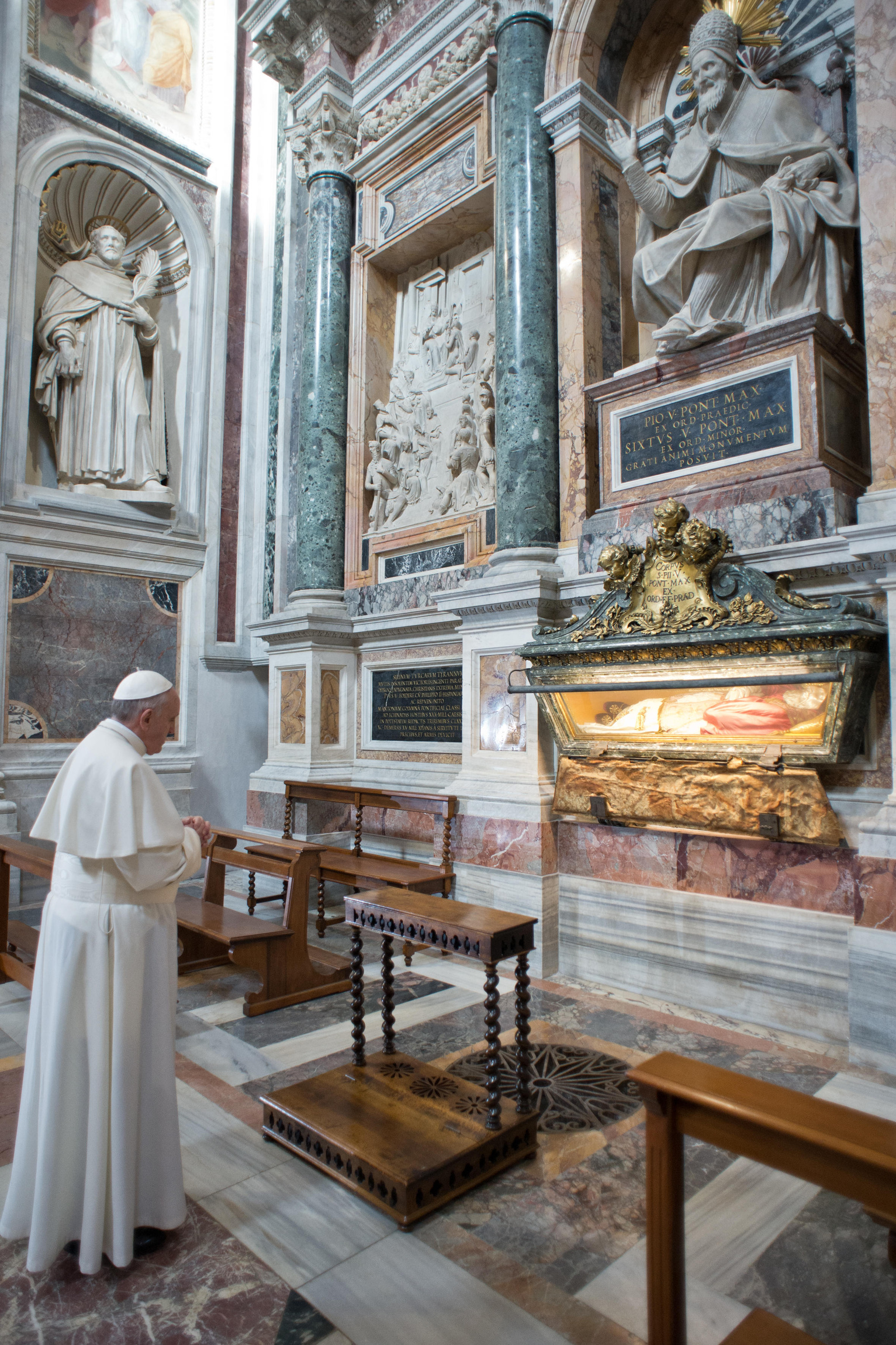 VATICAN CITY (CNS) — The church has turned to religious orders for popes at various times over the centuries, often when in need of a reformer, and such may have been the cardinals’ thinking again when they elected Pope Francis.

He is the world’s first Jesuit pope, and the cardinal electors knew that the Jesuits are historically a missionary order, whose first generation in the 16th century not only carried the faith to non-Christian lands around the world, but marched in the front ranks of the Catholic Reformation, facing the challenge of Protestantism in Europe.

That heritage may have been a factor in the choice of Pope Francis, at a moment when the church has placed a priority on the new evangelization — the effort to revive the faith in increasingly secular societies.

During their official pre-conclave meetings, the cardinals extensively discussed the corruption and mismanagement sensationally documented in the 2012 “VatiLeaks” of confidential correspondence from within the Holy See.

The new pope’s history of austere living, exemplified by his modest apartment and practice of riding city buses — not to mention his decision to take the name of St. Francis of Assisi, a great reformer known as the “poor little one” — must have seemed especially appealing in that context.

Yet many of the cardinals who elected the new pope are also known to believe that one aspect of the church urgently in need in reform is none other than religious life. The last half-century has witnessed a steep decline in vocations, along with well-publicized disputes over doctrine and discipline between members of religious orders and their bishops, including the bishop of Rome, the pope.

As the largest of the orders, with more than 17,000 members, the Jesuits exhibit these tensions in an especially prominent way. Some Jesuits enjoy the confidence of the Vatican at the highest levels; Pope Benedict XVI appointed one member, Archbishop Luis Ladaria Ferrer, secretary of the Congregation for the Doctrine of the Faith.

But in 2008, Pope Benedict found it necessary to ask the order to affirm its “total adhesion to Catholic doctrine, in particular on those neuralgic points which today are strongly attacked by secular culture,” including “the relationship between Christ and religions, some aspects of the theology of liberation,” divorce and homosexuality.

There is no doubt where Pope Francis stands on those points. If any cardinals had qualms about the future pope’s membership in an order often accused of tolerating dissent, then-Cardinal Jorge Mario Bergoglio’s well-known fidelity to church teaching would have dispelled them. But is it possible that the controversies associated with the Jesuits and other religious orders actually played a positive role in his election?

A frequently heard comment during the run-up to the conclave was that the man best qualified to reform the Vatican would be an Italian, since he would know the local culture best. Evidently the cardinal electors did not find that argument strong enough to determine their choice. Yet they may have used a similar logic with regard to a different agenda.

Throughout the history of the church, its hierarchical and charismatic sides, traditionally represented by the bishops and the religious orders, have existed in tension with each other. At times that tension has been debilitating, at other times explosively creative. In choosing a Jesuit and longtime bishop to serve as the church’s head on earth, the cardinals may have set in motion a process of renewal that will be felt far beyond the Vatican’s walls.

PREVIOUS: After conclave, cardinals get caught up, get to know new pope

NEXT: Philadelphia Catholics reflect on roots, outlook of Pope Francis