As seen in St. Peter’s Square 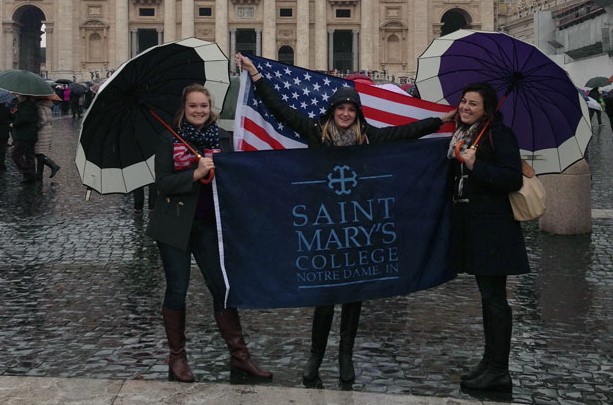 This semester I have had the great privilege of studying abroad in Rome with Saint Mary’s College in South Bend, Ind. Arriving in this city in January, I never imagined I would be so blessed to be here during this exciting and historical time in our church’s history.

In 2005 I remembered watching the white smoke on the television at the Country Day School of the Sacred Heart. Eight years later I cannot believe that I am able to experience this momentous event in person.

Currently the atmosphere in St. Peter’s Square is very exciting. This morning after class I ran down to Vatican City hoping to see some white smoke; however we are still waiting anxiously for this moment.

When asked who we think the next pope will be, I always like to say that this decision is up to the Holy Spirit. It is hard to say who will be called to lead our church, however with prayers directed at these men making the decision, I know that the right one will be made.

Tori Wilbraham, a native of Newtown Square and St. Anastasia Parish, is studying in Rome. She is blogging on the activity surrounding the election of a new pope at the Vatican.