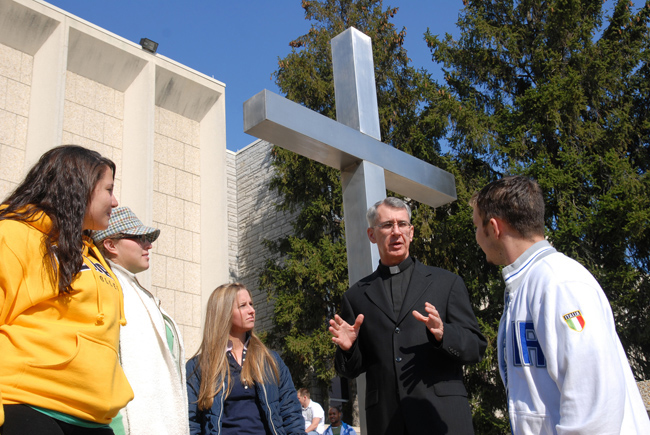 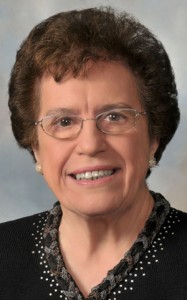 WASHINGTON (CNS) — The University of Dallas, an independent Catholic university, has a “flavor that you can’t get certainly at secular institutions,” president Thomas Keefe told Catholic News Service.

“We are very clear in our specific mission distinctiveness” to promote the Catholic identity of the school, he said.

“Catholic presidents need to be intentional” about their school’s Catholic identity and they cannot expect it to just happen on its own, said Rosalie Mirenda, president of Neumann University in Aston, Delaware County.

“We take as part of our mission to transmit to our students the benefit of the Catholic intellectual tradition and … to be supportive of the religious development of all students,” said Franciscan Sister Margaret Carney, who is president of St. Bonaventure University in New York.

While it is evident that this explicit identity “adds a layer of complexity,” said Jesuit Father Michael Garanzini, president of Loyola University Chicago, “I don’t think it makes it more difficult … (because) the church’s expectations are more clear and more precise.”

Father Garanzini was referring to “Ex Corde Ecclesiae”(“From the Heart of the Church”), an apostolic constitution issued in 1990 by Blessed John Paul II that outlines the identity and mission of Catholic colleges and universities and provides universal norms to ensure colleges maintain these standards.

“Laypeople (are) increasingly replacing religious (presidents),” said the association’s study, who results were released earlier this year. “Of the Catholic college presidents in the data set, 65.1 percent were laypersons and 34.9 percent were members of a religious community,” it explained.

“Like every other profession, things are becoming specialized,” said Keefe. Universities are becoming corporations, and it is important to hire presidents who know how to manage people and funds successfully, in addition to being able to stand up for the faith, he explained.

“We should not see it (laity) as ‘Christmas help,’ (or) people just filling in until there are more ordinations,” he said.

“Day after day we see a need for laity to be invited to be more involved and to take on their responsibility for the church,” added Mirenda.

Perhaps 40 to 50 years ago, most of the presidents and many staff members at Catholic institutions were members of religious orders, and “probably … most of the students came after 12 years of parochial school,” said Sister Carney.

Today, however, the faculty and students are a mix of religious and lay, with a large number of non-Catholic religions mixed in, she said.

“Wonderful diversity in religion doesn’t mean we have to compromise or water down our efforts and our capacity to be Catholic,” said Mirenda. Rather, it is important that non-Catholics participate and understand enough about Catholicism so they can align with it and not be antithetical to it, she continued.

“The essence of the University of Dallas experience is that we encourage and nurture it (Catholic identity), but we don’t require (being Catholic),” said Keefe. Students are “not puppies” in that when they graduate, they own their faith not because of their parents of the school administration but by personal decision, he said.

“We don’t downplay the Catholic presence, but also don’t think our values are that different from many other world religions,” said Sister Carney. “There is a lot of common ground.”

Mirenda said it is important that a university look for a president who fits its needs, noting that those needs may change over time and a president with different qualifications might be desired.

“An institution may need a president who knows deeply how to manage technology on campus because of its vision and commitment to a particular level of technological utilization, (whereas) at another time, that same institution might have more need and vision for a larger endowment … (and would) need to find a person who has that strength first and foremost,” she explained.

“You’re never sure about the job until you take it because every place is different and its needs are different,” added Father Garanzini.

To be a good president requires a “special set of skills,” noted Keefe. “I’m part of the new breed,” he said about being part of the new surge of laity taking over. He remarked that he felt prepared to be a president because of his background in law and more than 25 years of experience in higher education.

“Yes, I felt prepared,” said Sister Carney about the theological aspect of being a president. She explained that when it came to the difficult questions on church doctrine, she felt capable to answer those without consulting an expert; however, when someone asked her “how the stock market is impacting the finances,” she said she would have to call one of the trustees to ask about that.

So it important to “have a Cabinet of experts to help you,” she said.

The presidents agreed that with more laity taking on presidential roles at colleges, there must be more training available to form them in the overall Catholic mission of the school.

The increase in laity adds more possible candidates to the pool of people to choose from, but “what’s not clear is how we’re going to find presidents that understand the mission,” agreed Father Garanzini.

“We’re all getting very conscious about the need to have high quality development for (lay) Catholic presidents who don’t possess a degree in theology” or who have not worked in the Catholic Church prior to taking that position, Sister Carney said.