President of Assumption College named chair of National Review Board 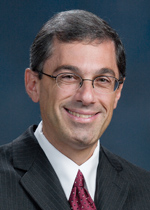 WASHINGTON (CNS) — Francesco C. Cesareo, president of Assumption College in Worcester, Mass., will become the next chair of the National Review Board in June.

The National Review Board advises the bishops’ Secretariat for Child and Youth Protection and was established by the “Charter for Protection of Children and Young People,” which the bishops adopted in 2002.

Cesareo, a member of the board since 2012, was appointed chair by Cardinal Timothy M. Dolan of New York, president of the U.S. Conference of Catholic Bishops.

“The board and its chair provide valuable feedback to the U.S. bishops and we rely on their expertise and recommendations,” the cardinal said in a statement. “Mr. Notzon has continued the proud tradition of stellar leadership. I have no doubt that Dr. Cesareo will do the same.”

Cesareo holds a doctorate in late medieval/early modern European history from Fordham University. He also was a Fulbright Scholar and studied at the University of Rome and the Pontifical Gregorian University. Since July 2007, he has been president of Assumption College, which was founded by the Augustinians of the Assumption.

Prior to his current post, he was dean of the McAnulty College and Graduate School of Liberal Arts at Duquesne University in Pittsburgh. Before that he was a professor at John Carroll University in Cleveland. He has received numerous fellowships and served on several boards, including the board of Catholic Ministry of Health Care Professionals in Cleveland. Cesareo and his wife, Filomena, have three young children.

Cardinal Dolan also named several new members to the board:

— Michael de Arellano, an associate professor and a licensed clinical psychologist at the National Crime Victims Research and Treatment Center of the Department of Psychiatry at the Medical University of South Carolina in Charleston. His clinical work and research focus on treatment services for child victims of traumatic events from traditionally underserved population groups, including those from rural, economically disadvantaged and ethnic minority backgrounds. De Arellano also is a trainer and consultant to mental health clinics across the country to assist with the implementation of therapeutic interventions in cases of child sexual abuse and other traumatic events.

— Laura Rogers, a former prosecutor who served as the deputy director of the Criminal Division of the Navy’s Judge Advocate General, and earlier as director of the U.S. Department of Justice’s Office of Sex Offender Sentencing, Monitoring, Apprehending, Registering and Tracking — known as SMART. She helped implement the Adam Walsh Child Protection Safety Act. She also is a board member of the Philadelphia Archdiocese’s Review Board on Sexual Abuse and Pastoral Conduct.

— Scott Wasserman, a Kansas City, Kan., attorney who focuses on legal issues involving children, especially abused children and children with special needs. Wasserman has been board chair of Kansas City’s Christian Foundation for Children and Aging since 2000 and is chair of the Independent Review Board for the Kansas City Archdiocese.

NEXT: Student pro-life leader says she ‘won’t be bystander’ on abortion issue