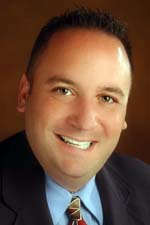 The superintendent of schools for the Diocese of Syracuse has been named the new secretary for Catholic education in the Archdiocese of Philadelphia and chief operating officer for Faith in the Future Foundation, the archdiocese announced May 23.

Mominey said a friend asked him that, with Catholic schools facing the twin challenges of declining enrollment and dwindling finances, why he would want the new job?

“Who wouldn’t want it?” Mominey replied.

“Growth, leadership and innovation are the key requirements of this assignment,” he said. “Although the challenges here are real my career has prepared me well to make even stronger the great schools of this archdiocese. Our guiding academic, strategic and operational principle in the years to come will always be simple: Do what is best for our students.”

Mominey “is an employee of the Archdiocese and so he serves all Catholic schools across the five county region,” said Casey Carter, CEO of Faith in the Future Foundation. “Organizationally he reports to me and I report to the board of Faith in the Future,” so they are “accountable to the expectations” of the foundation, he said, the goal of which is to stabilize and grow student enrollment in Catholic schools and raise funds for the school system.

The foundation became the first such organization in the country to assume operational control of a diocese’s high school and special education school system, under an agreement with the Philadelphia Archdiocese last August.

“As the chief operating officer I will be responsible for studying the strategic initiatives of the foundation, including enrollment management – making sure we’re meeting our enrollment goals – and financial management,” Mominey said. “We’re going to stress Catholic educational innovations and student achievement.”

Mominey expects to be the key link between the archdiocese, the board of the foundation and its chief executive, Casey Carter; to Bishop Michael Fitzgerald, who oversees Catholic education in the Archdiocese; and ultimately to Archbishop Charles Chaput.

How exactly the relationship between the archdiocese and the foundation will work remains to be seen at this time. Mominey sees his role as “building relationships between the two entities,” he said. “I will help define this new world of operational oversight and what that relationship looks like. We have to work collaboratively, going forward together.”

In a statement, Bishop Fitzgerald said Mominey “best exemplifies the skill-set needed to lead the students of the archdiocese in the 21st century,” and said he demonstrates “commitment to instructional innovation, academic excellence and Catholic values that are central to our schools — and the strongest possible future for Catholic education.”

For the past 17 years Mominey served the Syracuse Diocese in several roles, first as director of campus ministry at Christian Brothers Academy in Syracuse before becoming principal at the pre-K to grade 12 Rome Catholic School in Rome, N.Y.

He then went on to be the assistant superintendent, deputy superintendent and finally superintendent of schools for the diocese.  In that role he led education professionals in the central office and across seven counties of upstate New York with oversight of technology integration, curriculum implementation, professional development, school finances and personnel.

“I pride myself on innovation,” Mominey said. “I look forward to being on the cutting edge of this massive new strategy for Catholic education in which the archdiocese is leading the way. We are building something new, and everybody is watching.”

He believes the partnership between the archdiocese and the foundation is so unprecedented that Catholic educators and dioceses in the United States will be monitoring the progress here. He hopes it can be a model for “delivering critical solutions not only in Philadelphia but in the whole country.”

Mominey acknowledged the scale of the Philadelphia Archdiocese’s school system – 17 archdiocesan high schools (plus another 17 private Catholic secondary schools) and four schools of special education – is far larger than that of Syracuse with its four diocesan high schools and one private academy.

To be successful, he believes “it is critical to build relationships, especially with the Office of Catholic Education staff,” and added that “I pride myself on breaking down silos and on relationship building.”

Together with the staff, boards of education and others, Mominey hopes in his first 100 days to “define what Catholic eduation is in the 21st century; who we are about.”

“We need to be on the cutting edge of instructional innovation, especially with technology and academic excellence. All of this is critical so we can have a secure foundation and grow enrollment,” he said.

Another area on which Mominey will focus is the parish and regional Catholic feeder schools, which he called “partner schools,” that remain under parish operational control. “They’re critical to the future of creating high-achieving schools,” he said.

It is important for Mominey to “keep grounded, to build relationships on the ground and get out of the office, to meet with students, teachers and administrators, and priests,” he said. “Priests are critical partners in Catholic education. I look forward to getting to know them and the (regional school) boards,” some of which are forming in each of the counties of the Archdiocese.

As Mominey prepares to move to Philadelphia with his wife Stephanie and their four children – including Hannah, 11; Victor, 9; and twins Sarah and Michael, 7 – he also is preparing for intensive exploratory meetings with Faith in the Future’s senior leadership and the Office of Catholic Education as well as school administrators, teachers, pastors and other key stakeholders in Catholic education, according to a statement by the archdiocese.

“I believe with all of my heart that Catholic schools, parish catechetical programs, youth ministry and Newman ministries remain the most effective means of passing on the teachings and traditions of the Church,” Mominey said of the organizations he will lead in his new post. “For Catholics and non-Catholics alike our Catholic schools in particular provide the very richest setting for children to get a quality education.  With this belief as my foundation, I am confident that all together, with a strong Office for Catholic Education, we will lead the Archdiocese of Philadelphia into a new and exciting era in the years to come.”

NEXT: At memorial Mass on his birthday, Bishop McFadden remembered in Cathedral he loved