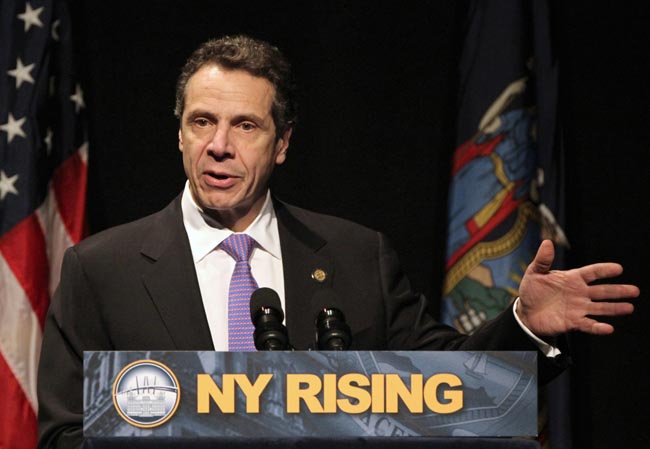 ALBANY, N.Y. (CNS) — If New York Gov. Andrew Cuomo pushes to have “a right to an abortion” codified in state law, he will face “vociferous” and “rigorous” opposition from Catholic and other pro-lifers, said Cardinal Timothy M. Dolan of New York.

But the cardinal hopes it doesn’t come to that because Cuomo, he said, has told him “he wants to work hard on alternatives to abortion,” such as expanding adoption, having “greater latitude” in maternity leave and better assisting pregnant women in need and those with small children.

The cardinal made the comments in a May 14 telephone interview with radio host Fred Dicker, whose show is broadcast on Talk 1300 AM from the state Capitol in Albany. Dicker is a political analyst and is state editor for the New York Post daily newspaper.

“The governor and I have worked closely on other issues,” Cardinal Dolan said, listing immigration, gun control, a call to civic responsibility and the recovery of some money owed to Catholic schools in the form of reimbursements for state-mandated measures such as standardized testing.

“We’ve been with him and we’ve appreciated what he’s done. I want to believe he means it when he tells me he’s not going to expand what is already a terrible liberal abortion culture,” Cardinal Dolan said, but added that Cuomo has yet to release the details of the measure, called the Women’s Equality Act.

It is an “extreme oxymoron that abortion is seen as helping women’s health, especially if half the babies aborted” are female, the cardinal said. “So how does this help them?”

“We’re in his corner on most of them — nine out of 10,” Cardinal Dolan said. “But just this one about expansion of abortion that causes us pause. … Please, this is the last thing this state needs.”

New York decriminalized abortion in 1970, before the Roe v. Wade decision made abortion legal virtually on demand across the country.

“Unfortunately we’re known as ‘the abortion capital of the world,'” the cardinal told Dicker. “We have the highest rate in the country — in New York City 40 percent of babies are aborted; and among Latinos and African-Americans, it’s up to 60 percent.”

Cardinal Dolan said he hoped the gruesome details of how now-convicted Philadelphia abortionist Dr. Kermit Gosnell ran his abortion clinic and the late-term abortions he performed “will unmask some of the horror that is now obvious in this unfettered abortion-on-demand culture that’ we’ve got.”

He added, “My heart goes out in compassion to the women and babies … terribly affected and scarred by (Gosnell).”

Gosnell’s first-degree murder convictions in the deaths of three babies born alive during abortions “should make all of us pause. … Even so-called ‘pro-choice’ people never wanted it to come to this. Now we’re learning what went on in Philadelphia tragically is not an exception. … These (abortion clinics) are pretty clandestine operations that are not open to scrutiny.”

Dicker asked Cardinal Dolan whether Cuomo is in “good standing” as a Catholic, since the governor disagrees with the church “so fundamentally” on the issue of abortion.

“He and I have very grave differences and this is one of them,” the cardinal said. “But I do appreciate his company, always welcome his visits.” He said he “talks turkey” with Cuomo about the abortion issue, but noted “a lot of Catholics like to talk to me privately about their struggles with conscience.”

As a pastor, Cardinal Dolan said, he could not say anything more about Cuomo’s standing in the church.

The cardinal said he has a lot of respect for the current governor and for his father, former Gov. Mario Cuomo, but he also said that he believes that the elder Cuomo made “a tragic mistake” in his 1984 speech at the University of Notre Dame when he famously said there are times when a Catholic officeholder who is morally opposed to abortion can opt not to promote laws prohibiting abortion.

“I think that was a rupture in the whole united Catholic front against abortion,” he explained.

To say “‘I can’t impose my personal religious beliefs upon the rest of the country’ … is illogical,” Cardinal Dolan said. “We do that all the time.” Slavery would not have been outlawed, he said, if its opponents had not brought their opposition to it — based on “deep beliefs, conscience and religion” — to the public square.