Catholics, Buddhists must work together to defend life, cardinal says 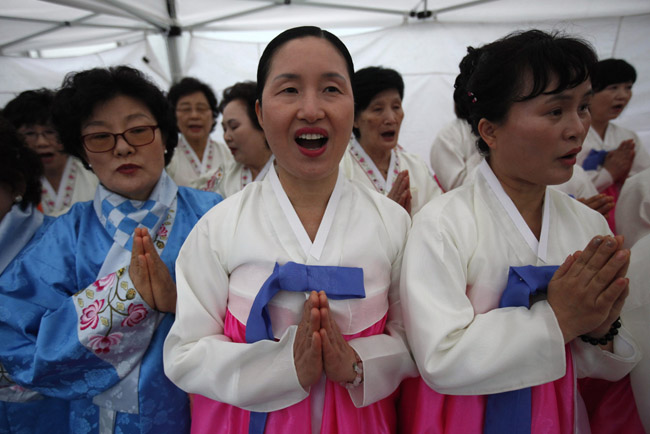 VATICAN CITY (CNS) — Catholics and Buddhists share “a profound reverence for life,” which should motivate them to work together to protect human life, including the life of the unborn, said Cardinal Jean-Louis Tauran, president of the Pontifical Council for Interreligious Dialogue.

“It is urgent for both Buddhists and Christians, on the basis of the genuine patrimony of our religious traditions, to create a climate of peace to love, defend and promote human life,” the cardinal said a message marking the Buddhist celebration of Vesakh.

Each spring, the pontifical council sends its best wishes to Buddhists around the world for Vesakh, a feast commemorating key events in the life of the Buddha. The message for 2013 was released by the Vatican May 2.

“Pope Francis, at the very beginning of his ministry, has reaffirmed the necessity of a dialogue of friendship among followers of different religions,” Cardinal Tauran said, and he reaffirmed the Catholic Church’s belief that individuals have a moral obligation to love and protect life and all of creation.

In addition, the cardinal noted how Pope Benedict XVI’s message for the Jan. 1 celebration of World Peace Day emphasized the Catholic belief that peace is impossible without “respect for human life in all its many aspects, beginning with its conception.”

In the same way, Cardinal Tauran said, the first precept of Buddhism is “to abstain from destroying the life of any sentient being.”

Yet, the cardinal said, “in spite of these noble teachings on the sanctity of human life, evil in different forms contributes to the dehumanization of the person by mitigating the sense of humanity in individuals and communities.”

Buddhists and Christians must “join hands to unmask the threats to human life and to awaken the ethical consciousness of our respective followers” so that they would be “true peacemakers who love, defend and promote human life in all its dimensions,” Cardinal Tauran wrote.

Vesakh is celebrated in different countries on different days in the spring. The celebrations begin May 17 in Korea, China, Hong Kong and Macau; May 24 in Sri Lanka, Thailand, Singapore, Cambodia and Laos; and May 25 in India, Nepal and Indonesia.