Shanahan speaker wows them at the podium, credits his ‘circle of faith’ 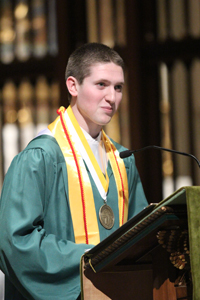 Jonathan Weyand delivers a speech at the Academic Honors Convocation for 2013’s standout Catholic high school graduates May 21 at the Cathedral Basilica of SS. Peter and Paul in Philadelphia. (Photos by Sarah Webb)

He was not only the valedictorian for his high school, but he was chosen to represent all the Catholic high school graduates in a speech given at the Academic Honors Convocation presided over by Archbishop Charles Chaput May 21 at the Cathedral Basilica of SS. Peter and Paul.

Jonathan’s theme, which would be repeated in Shanahan’s valedictory, focused on the various circles that intersect throughout our lives, and the very first was “the circle of faith.”

“A circle of faith is a support circle whose membership includes our parents, family members, teachers and friends in union with the saints in heaven; and of course, our Father in Heaven, God Almighty,” he told his audience. “These figures in our lives motivate us, guide us and love us and believe in us every day. As St. Paul shared with the Philippians, ‘I can do all things through Christ who strengthens me.’”

The convocation honored 158 students who were among the top 3 percent of their class in the 29 archdiocesan and private Catholic high schools within the Archdiocese of Philadelphia.

Each of the schools was invited to submit the name of one student from their school to attend a competition at which the speaker was chosen, explained Immaculate Heart Sister Maureen McDermott, principal of Bishop Shanahan High School in Downingtown.

“Jonathan is a young man who lives and articulates his Catholic faith both in word and in deed,” Sister Maureen said. “He is an outstanding student and ambassador for Bishop Shanahan.”

Jonathan, who is the eldest of the three children of Colleen and Bill Weyand, attended SS. Philip and James School, Exton, kindergarten through elementary school, and has been a parish altar server since sixth grade.

It was back in his sophomore year that one of his teachers, Marie Langevin, noticed he had a talent for speaking that should be developed. Through her encouragement he took up forensics — speech and debate — as an extracurricular activity and stayed with it through his senior year. Through this he gained awards on both the state and national level.

A well-rounded teen, Jonathan played baseball as a freshman and football all through high school.

“I wasn’t one of the best players, to be honest,” he said. “I didn’t get to start until my senior year. I was a linebacker in my freshman and sophomore years and a lineman in my junior and senior years. I played on special teams, kickoffs and returns.”

Yet he must have added something special to the team – he was named team captain in his senior year. “My team is like family to me,” he said. “It is so much more than a game.”

He was also a member of the student council as a freshman, sophomore and junior; a member of the National Honor Society as a junior and senior and elected president of the NHS in his senior year. 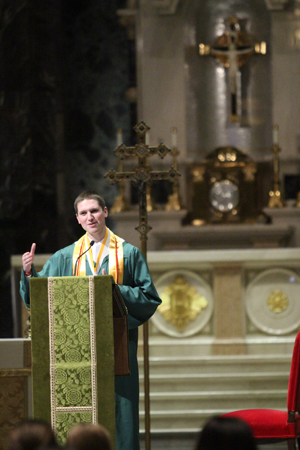 Jonathan was also a member of the Shanahan Club, a group that raises money for students who may need tuition assistance or funding for special programs, for example, Kairos Retreats. He was also an announcer for the school morning TV announcements.

With all of this, he found time for after-school work at the Chester Springs Creamery, a local ice cream shop.

Spiritually, he was a member and leader of the Ministry Club, a group whose members spend the first 10 minutes or so of their lunch period in prayer.

Now he’s off to Penn and the Wharton School, living on campus and attending one of the premier business schools in America.

He knows, whatever his accomplishments, his parents have a lot to do with it.

“I wouldn’t be there without the work ethic I’ve received from my mom,” he said, “her driving me to get my studies done with school coming first.”

A University of Pennsylvania education doesn’t come cheap. Estimated expenses for a resident student are approaching $60,000 annually. Penn prides itself on supplying generous aid to anyone accepted, whatever the family income, but it still isn’t free.

“My dad is a sweet guy and a hard worker,” Jonathan said. “He basically changed jobs so I could go to Penn. He works as an electrician there so I can get a discount. He works long hours but it definitely helps a lot.”

As to what comes after college, “I’d like to maybe work for an environmental organization in the business area behind it.”

He isn’t certain how he will do this, perhaps with an organization that works with biofuels as a way to break our dependence on fossil fuels, which is something that intrigues him.

But in the end it all comes back to that God-centered circle of faith he spoke about with such passion at his convocation speech and Shanahan valedictory. 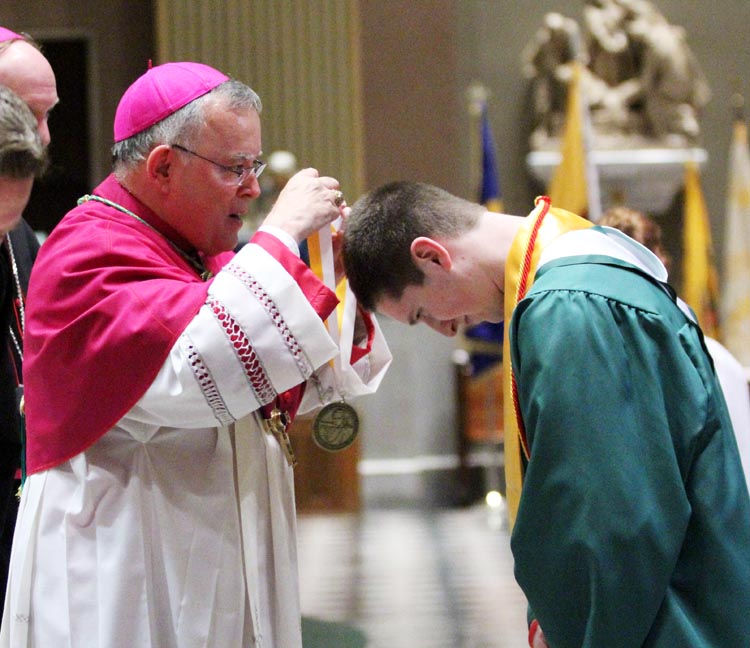