Church has led way in addressing abuse of minors, says board chairman 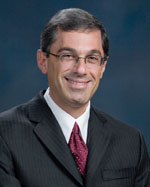 WORCESTER, Mass. (CNS) — The Catholic Church has led the way in addressing the sexual abuse of minors, said the new chairman of the National Review Board.

Francesco C. Cesareo, president of Assumption College in Worcester and a member of the review board for one year, succeeded Al Notzon III as board chairman June 9 at the conclusion of the board’s June meeting. Since the board meets four times a year, the first meeting Cesareo will oversee as chairman will be in September.

His appointment by Cardinal Timothy M. Dolan of New York, president of the U.S. Conference of Catholic Bishops, raises the visibility of the college and the Worcester Diocese, he said, and he expressed hope that it would be a positive reflection on both. His three-year term as chairman is a contribution the college is making to the life of the Catholic Church, he said.

His plans are to do what the review board was set up to do. It advises the bishops’ Secretariat for Child and Youth Protection and was established by the “Charter for Protection of Children and Young People,” which the bishops adopted in 2002.

The board does this by making sure that the bishops’ “Charter for the Protection of Children and Young People” is being implemented, he said.

Cesareo said he was very active in his year on the board, contributing ideas and suggestions and engaging in debates. He said he has an understanding of how church institutions work, and a sensitivity to the delicate balance between what the National Review Board can recommend and the way the hierarchy and the church operate.

He said many skills a college president needs can be used in the chairman’s job: working with people with different perspectives, seeing the big picture, being able to think through situations, and making and communicating decisions.

The husband and father of three teenagers said that as a father, he can understand how parents whose children were abused may feel.

“You want to create an environment where you would feel your own children are safe,” he said in an interview with The Catholic Free Press, Worcester’s diocesan newspaper.

Any violation or non-implementation of the bishops’ abuse prevention charter undermines trust and leads people to be skeptical that children are being protected and bishops are taking this seriously, he said.

So, in addition to protecting children, he said, a positive result of implementing the charter is restoring trust, helping the bishops regain their moral authority and credibility, which can give them the opportunity to address other issues.

“If society takes an honest look at what the church has done in the last 10 years and the seriousness with which the bishops have taken this issue, they have to acknowledge the Catholic Church is the only institution that has such a clear mechanism to protect children and to deal with the whole sexual abuse issue,” Cesareo said.

What the bishops and the National Review Board have done “sets a model for other institutions and organizations.”

Cesareo said he thought the bishops saw that sexual abuse by church personnel was an issue they could not sweep under the rug; they saw that they had to show their remorse for the past and their commitment to the future.

“And I think the charter was also to demonstrate to the victims the seriousness with which they were taking this issue, as one of the steps to the overall healing process,” he said.

Sexual abuse by church personnel must be put in a broader context — it is a societal problem, Cesareo said. Since the bishops’ charter has been put into effect, there have been significantly fewer allegations against church personnel, he said.

But he said while he didn’t think the church could ever guarantee that there will be no more abuse, the church must do all that it can to create an environment where abuse is extremely rare.

“There’s always going to be a possibility of someone falling through the cracks and perpetrating this horrible crime,” he said. But the majority of bishops have taken seriously their role in implementing the charter, he said.

The bishops are reviewing the charter again, he noted, and the board will give them recommendations, which will come from the results of audits of the dioceses.

At this point, almost all dioceses and eparchies have been audited; they have an on-site audit one year, and the next two years submit information to the independent auditing firm, he said. StoneBridge Business Partners is currently doing the work, and last year the review board recommended this firm continue for three more years, he said.

Best practices in dioceses that went beyond charter requirements could be included in the charter if it is revised, Cesareo said.

Problems, such as the ineffective monitoring of those removed from public ministry or ministry to children, are a reminder not to be complacent in implementing the charter and demonstrate the need to look for ways to improve it, he said.

He said lessons can also be learned from instances where the charter was not followed or was ambiguous or not understood. Issues to study include cultural differences in priests from other countries, background checks of priests visiting from other dioceses, and whether there should be a standard for the frequency of background checks and training for church personnel, and the content of training.

Connor is on a staff reporter at The Catholic Free Press, newspaper of the Diocese of Worcester, Mass.