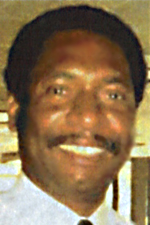 “Our parents weren’t Catholic, but we went to Catholic school and were raised Catholic,” said his sister, Beverly Harper. “My parents insisted we go to Mass every Sunday, and every morning, before anyone else was awake, Sidney and my mother would pray together.”

A man with a flair for business, he owned several gasoline stations over the years, including his principal station at Chew Avenue and Washington Lane.

As a child he had considered the priesthood, and later, as a member of St. Athanasius Parish, he entered the permanent deacon program and was ordained on May 29, 1988 by Archbishop Anthony Bevilacqua at the Cathedral Basilica of SS. Peter and Paul. He served at St. Athanasius for almost a decade until his retirement for reasons of health.

“He was kind-hearted and gentlemanly,” remembers Msgr. Kenneth McAteer, a former pastor of St. Athanasius. “He was very prayerful and would go into the church even at night when no one was there to pray. He was also dedicated to St. John the Evangelist Church and the National Shrine of the Miraculous Medal.”

He was also a good preacher, Msgr. McAteer recalls, and was especially effective in ministry to the men of the parish. It wasn’t just spiritual — from his own resources he would give to people in the parish who needed help and even supply jobs to them.

“He was always bigger than life, a successful businessman and socially popular,” Beverly Harper said. “He was very generous with his time and money, he gave and gave and gave, but he would never let people know about it. He was quite serious about being a deacon.”

Even after illness robbed him of his ability to serve, “He was always thinking about the Church,” she said. “He suffered so much; I think his death was a blessing. Everything God does is for a reason.”

Deacon Harper’s funeral Mass was celebrated July 8 at St. Athanasius. The principal celebrant was Bishop Daniel E. Thomas; Msgr. McAteer was the homilist. Deacon Fred Poelnitz was Deacon of the Word and Deacon James Mahoney was Deacon of the Eucharist.

In addition to his sister, Deacon Harper is survived by his son Sidney Jr.; his granddaughter Tiphani Clark, and relatives and friends.