Death did not overcome him 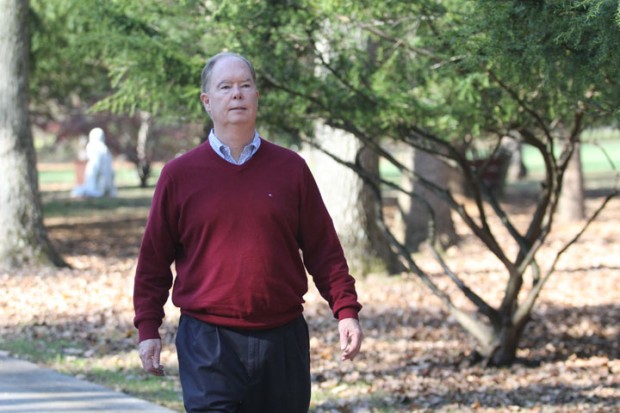 Frank Marx takes a walk on the grounds of his beloved Malvern Retreat House.

Loss is an inevitable part of the human condition; it is a given everyone loses loved ones over a lifetime.

What happens when the losses just pile up? How does one cope?

Frank Marx, 59, lost both his parents, his first-born child and his wife, and each loss was shattering in a different way. It is only through faith that he not only survived but healed.

Officially Francis J. Marx IV, he grew up in St. Dorothy Parish in Drexel Hill, was educated by the Sisters of Mercy at Waldron Academy and St. Joseph’s Prep and continued under the Jesuits at Fairfield University in Connecticut.

His dad had followed in the footsteps of his own father as a physician, and he was a staunch Catholic who treated about 50 priests and nuns free of charge as a means of giving back.

“He was also a great role model,” Frank said. “He introduced me to Malvern Retreat House and so did my mother’s father, James Curley.”

Life was good for Frank, who ultimately married Maureen McGinty, and entered the business world at Curley Adjustment Bureau Inc., where he is now president and CEO. He and Maureen were blessed with four children, Frank, Lauren, Katelyn and Patrick.

The first shock came in January 1991. His parents were in a terrible automobile accident and both died. There is an assumption one’s parents will die but both together and at a relatively early age?

It was just about a week before the Our Lady of Fatima Group retreat which he and his dad always attended together. His heart just wasn’t in it. A few days later, while shoveling snow he checked his mailbox and the only piece of mail was a reminder of the retreat.

“I thought this is something telling me I need to go there, so I did,” he remembers.

Part of the Malvern experience is nocturnal Eucharistic Adoration. “It was supposed to be 20 minutes, but the next guy never showed up. That was the first and only time this has ever happened to me,” he remembers. “I realized I got my dad’s time. Malvern got me through.” 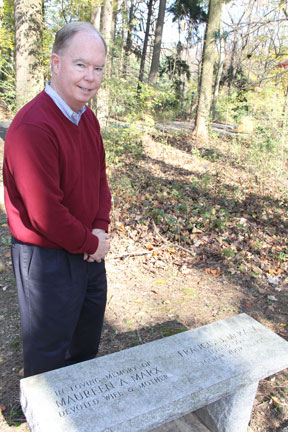 “It was devastating to me,” Frank said. “I almost lost my faith.”

As difficult as the sudden loss of his parents was, he was totally unprepared for the next blow.

In May 2004 young Frank was set for graduation from his father’s alma mater, Fairfield. Six-foot-three and handsome, a Eucharistic minister at his college, he had a great job lined up and was all set to be the valedictorian at his graduation. More than that, “he was my best friend, and still is,” Frank said. In spite of this, and for no reason, he’d always worried that something might happen to his son. Three days before graduation young Frank was visiting his girlfriend for a dance at Wheaton College in Rhode Island. After the dance there was a street fight, he wasn’t involved but nevertheless was shoved and fell in front of an oncoming bus and was killed.

Your children are supposed to outlive you, not the other way around, and both Frank and Maureen were numb with shock. As hard as his parents’ death had been, this was many times worse, and easily the most heart-wrenching experience in their lives.

It is a known fact that many marriages break up after the death of a child, and Frank and Maureen’s was sorely tested. Part of it has to do with a child’s death being such a personal loss that not even husband and wife can fully share it.

“It’s natural for a wife to turn to her husband and say, ‘You don’t know what I’m going through, and for him to say, ‘What are you talking about, I’m going through the same thing,’” Frank said. “In fact it isn’t the same thing. Maureen carried our son for nine months, I didn’t. She was born to be a mother and was the best mother anyone could be, but I was hurting too. We were both hurting tremendously but in different ways. We were both from strong Catholic families. We met and fell in love and married. Divorce was never an option.”

He questioned God, asking, “How could this happen?” but he was never angry with God.

“I can’t think of anything worse than losing a child. I could lose my house, I could lose my job, and I could be crippled, anything but that,” he said. “My youngest son asked me, ‘Dad, what would you give to have Frank back?’ I told him, ‘everything except the rest of you.’” 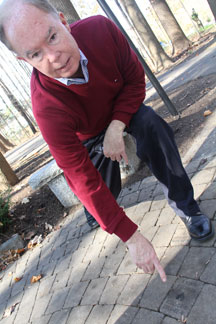 Frank points to a stone paver set into a walk on the Malvern Retreat House grounds in memory of his son Frank, who died at age 21.

Many parents are angry with God, Frank said. “They try to recover but never really get over it, but in the end, many are even closer to God afterwards than before. I do understand how some people do not survive it. Instead of turning to God they will turn to drugs or alcohol or other destructive behavior.”

In 2008 Maureen suffered a seizure and was diagnosed as having glioblastoma, an almost always fatal form of brain cancer that progresses rather quickly. Frank is convinced her grief over the loss of their child, in spite of grief counseling, weakened her immune system to the point the cancer could develop. She died 10 months after the cancer was discovered.

“When we married I figured she would outlive me by 25 or 30 years,” Frank said. “Her grandmothers lived to be 96 and 97; her parents both lived into their 90s.”

About two weeks before Maureen’s death, the two finally spoke to each other of what they knew was inevitable but had not verbalized. Resigned to what was happening, Maureen said to her husband, “You know, you need to go find somebody.”

“I’m not even thinking about that,” he told her. “My main concern is the kids, especially Patrick, he is only 12 years old.”

Frank immersed himself in the care of his children, but continued his reliance on God, especially through Malvern, of which he has been a member for 39 years. He was ultimately elected to the board, and is currently board chairman.

“You think you are never going to be happy again. I had a broken heart and never thought I would ever heal from the loss of my parents, Frank and Maureen,” he said. “The amazing thing is I have recently healed.”

It was Patrick, at age 15, who kick-started the process a year ago.

“Dad, do you think you will meet someone and get married?” he asked.

“I don’t know, I would like to meet somebody,” Frank replied.

“Really, you should meet someone,” his son advised.

“Maybe I will,” Frank said.

It was through Catholicmatch.com that he met Joanne Sticker, herself recently widowed and a Catholic grade school teacher.

‘We’ve been dating for 10 months and it has been a wonderful year,” Frank said. “I’ve said to her, “You’ve done something I didn’t think possible, you’ve healed my broken heart.”

Frank’s advice to others who are bereaved: “The last thing you should do is run away from God. If you ask for His help He will never deny you. You have to be willing to seek help and God will provide special people in your life if you ask Him.” 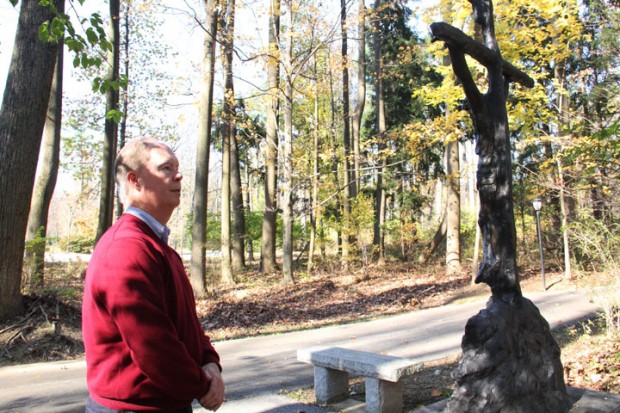 NEXT: From rock bottom to life’s high notes