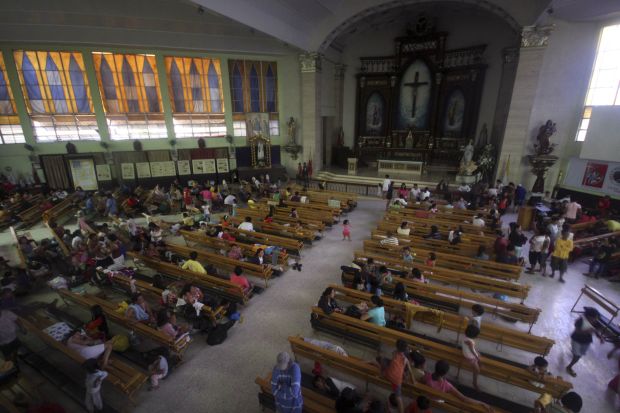 MANILA, Philippines (CNS) — Teams of relief workers visited evacuation centers and Catholic parishes-turned-shelters across a wide area of the Philippine capital as they began assessing the needs of thousands of people who fled homes inundated by floodwaters.

Since Aug. 19, about 300,000 people have been displaced since around Manila, according to government reports.

The death toll Aug. 21 remained at eight, the government reported.

“We expect a long period of the people staying in the evacuation centers,” he said.

The flooding was caused by days of seasonal monsoon rains and an offshore typhoon. While waters began receding late Aug. 20 in some sections of the densely populated city, Curry said some people could be in the evacuation centers for weeks.

“Conditions in evacuation centers are very poor. It’s congested everywhere. In two of the schools, I think the average number of people is 80 per classroom. People are sleeping in chairs just to make space,” Curry said.

“Next to one parish hall, it’s just open air; 600 people are sleeping on a basketball court,” he added.

Despite their predicament, Curry found the people to be taking their situation in stride.

“There’s a lot of perseverance, I think, a quiet perseverance,” he said. “People are just very resilient. They just take these kinds of shock and they move on and keep going. There are very few complaints. They try and do the best with what they have.” 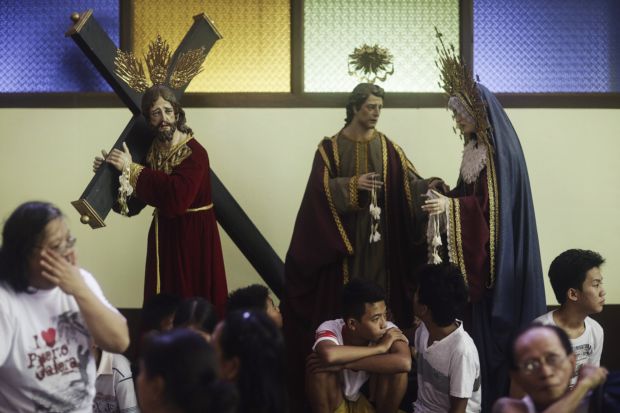 Curry said CRS planned to coordinate the delivery of aid with Caritas Philippines and begin distributing sleeping mats, blankets and hygiene products no later than Aug. 26.

Earlier, Cardinal Luis Antonio Tagle of Manila appealed for unity to meet the challenges of the disaster, which affected more than 500,000 people, reported the Catholic news portal ucanews.com.

“In this time of crisis, I’m appealing to everyone, let us help one another in little or big ways to lessen the pain of those who have suffered from this bad weather,” Cardinal Tagle said in a radio broadcast.

“I hope this scourge of Mother Nature will result in deep cooperation among our people to ease the pain of those who may have lost their loved ones, their properties, homes,” the cardinal said.

On Aug. 20, the government reported that more than half of Manila was under water, and people made their way through chest-high water to evacuation centers.

“The poorest people live in the flood-prone areas. (In) one area along the river, 12,000 were evacuated. Last year it was the same thing. Those families were displaced for several weeks,” he said.

The flooding follows the Aug. 17 collision of a ferry boat and a cargo ship in the waters off the Philippine central island of Cebu in which at least 50 people died.

Both ships were carrying a combined 800 passengers and crew, authorities said. The ferry sank quickly in about 150 feet of water and the cargo ship was damaged, according to official reports.

About 750 people were rescued while an additional 68 remained missing Aug. 19, according to authorities. Rescuers suspended the search for survivors because of high seas caused by the same storm that swamped Manila.

In a telegram to Archbishop Jose Palma of Cebu City, Cardinal Tarcisio Bertone, Vatican secretary of state, said Pope Francis was saddened by the “tragic loss of life” in the accident.

“He assures all affected of his closeness in prayer and commends the victims to the loving mercy of almighty God,” the cardinal’s message said. “The Holy Father invokes divine strength and comfort upon the grieving families, the injured and those involved in the rescue efforts.”