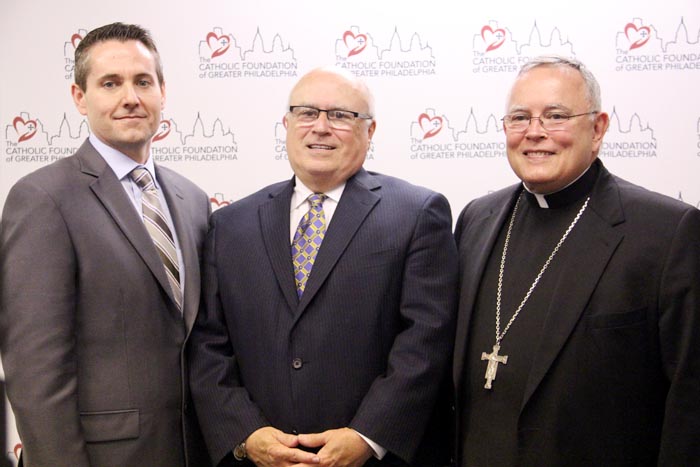 The Archdiocese of Philadelphia will not ask Catholics for money.

Instead, the Catholic Foundation of Greater Philadelphia will not only “make the ask” but it will invite donors to indicate how they would like their contributions to be used in support of the good works of the church in Southeastern Pennsylvania.

The new organization was announced at a press conference Tuesday, Sept. 24 at its center city Philadelphia headquarters at 20th and Arch streets.

As of July 1, the archdiocese closed its Office for Stewardship and Development, the internal office charged with operating the Catholic Charities Appeal, planning giving programs, St. Charles Seminary Appeal and other efforts to encourage Catholics to donate their money and time to the church.

That work and the development of a new, consultative approach to fundraising will be taken up by the Catholic Foundation, which is entirely separate from the Archdiocese. Not only is it located across town from the Archdiocesan Pastoral Center, but the foundation is an independent nonprofit organization operating with its own board of directors and corporate bylaws. 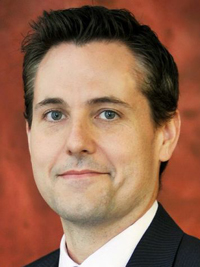 “We’re self-funded, with no funding from the archdiocese,” said Shannon Jordan, executive director of the Catholic Foundation of Greater Philadelphia.

In a sense, the development function of the archdiocese is being spun off to an independent third party much as the Faith in the Future Foundation now operates the 17 archdiocesan high schools and four schools of special education, and as the Catholic Cemeteries soon expect to be managed by a separate firm.

The rise of independent fundraising organizations within Catholic dioceses in the United States is part of a growing trend. 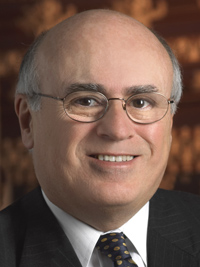 “We’re the 16th diocese or archdiocese to do this, and they’ve been successful,” Catholic Foundation board chairman Dick Clark said about similar foundations in the United States.

Archbishop Charles Chaput led the Denver Archdiocese when the Catholic Foundation of Northern Colorado was formed in 1998. Today the organization manages $65 million in funds.

Since 2000, the Cleveland, Ohio-based Catholic Community Foundation supports social services, seminarians and the tuition of Catholic school students in Northeast Ohio with a $200 million fund.

Most such foundations were formed in the 1990s and have become common mostly in the southern and southwestern U.S.

Based on their success in areas with relatively smaller Catholic populations in dioceses much younger than the Philadelphia Archdiocese, Clark has confidence for successful fundraising here.

“The goal is to raise hundreds of millions of dollars,” Clark said. “We’re putting a strategic plan in place. The board includes high-end members and they’re excited.”

Among the 15 board members so far and the other potential donors he has met, Clark said he has found “many Catholics who love the church and know the church is in need. We have a world-class organization. Funds will go where they are needed and there is accountability. This is a legacy we can build for the Catholic community.”

The foundation’s executive director, Shannon Jordan, described the two-prong approach to fundraising for the organization.

The first is the establishment of an endowment fund with “a number of different vehicles,” Jordan said, which could include the Catholic Charities Appeal and other traditional mechanisms that put donors’ money toward established programs.

In a common fundraising practice known as donor-advised funds, donors will be asked which programs they wish to support – including care for the homeless, for families, Catholic education, retired clergy, among others.

“We will assess the top areas of interest and match the interest with the programs that need funding,” Jordan said.

The second approach of the foundation is to develop a grant process in which organizations both existing and new ask for funding for their project. A grant committee of the foundation “assesses the impact, sustainability and feasibility of a proposed project,” Jordan said.

If the project is judged to be sustainable and if the desired dollar amount to be raised is feasible, the foundation would then begin to solicit donors for their support of that specific project.

For instance, a Catholic organization that wished to address a need in the Catholic community, such as a social service or Catholic catechesis, would prepare a proposal for the foundation. If the project and its anticipated cost were deemed feasible, the foundation would raise the money for it and make a grant for the project when the fundraising goal was reached.

In both approaches, engagement with lay donors is a key feature of the Catholic Foundation. One observer called it “a breath of fresh air, a radical and welcome departure” from the “command and control of the past,” where Catholics were asked to give money to programs of the archdiocese in general, without input into how funds would be used or detailed financial accountability.

That’s the view of University of Pennsylvania professor John DiIulio, a lifelong Philadelphia Catholic and first director of the White House Office of Faith-Based Initiatives under President George W. Bush.

“Donor-advised funds have been around a long time, especially with evangelical churches and universities,” he said. “It is opening things up to the laity, saying, ‘What do you think?’ It invites conversation and dialogue with leaders and donors. It’s radical departure for this archdiocese.”

DiIulio sees that in the development efforts of organizations he works with, including many private Catholic schools in Philadelphia as well as nonprofit groups such as Big Brothers/Big Sisters, younger donors want to be engaged with the organization, not just asked for money.

“You can’t just say, ‘here are the choices, a, b or c.’ If you’re asking people to give their time and effort and money, it’s always better to engage and communicate with them,” he said.

He said he gives “tremendous credit” to the archdiocese for allowing the foundation to be established. “What struck me is, they’re saying, ‘We want people engaged.’”

The Catholic Foundation appears to DiIulio as “transparent, independent and accountable,” a point confirmed by board chairman Clark, who emphasized internal and external auditors offer “total transparency and validation of what the dollars are being used for.”

Fundraising from major donors has already begun since the summer, since the office begins operations in its new home with a staff of 18. They are working on the ongoing fundraising projects such as the Catholic Charities Appeal and the seminary’s development work.

“Most staff work goes to fundraising,” Jordan said. “We want to engage donors at that level for the church in the Philadelphia region.”

The foundation emphasizes lay engagement and participation, even in the makeup of its board. The bylaws indicate a maximum of 30 percent clerical representation. At this time, clerical members include Archbishop Chaput, Jesuit Father Nicholas Rashford and Msgr. Francis Beach.

“The reason is to have the laity shape the charitable mission of the church at that (board) level,” Jordan said, adding that with the new organization, “Catholics should feel good about the direction in which we’re moving.”

PREVIOUS: Archdiocese set for pilgrimage to Our Lady’s shrine in Washington

NEXT: Suspended Philadelphia priest arrested in Maryland for sexual assault of minor