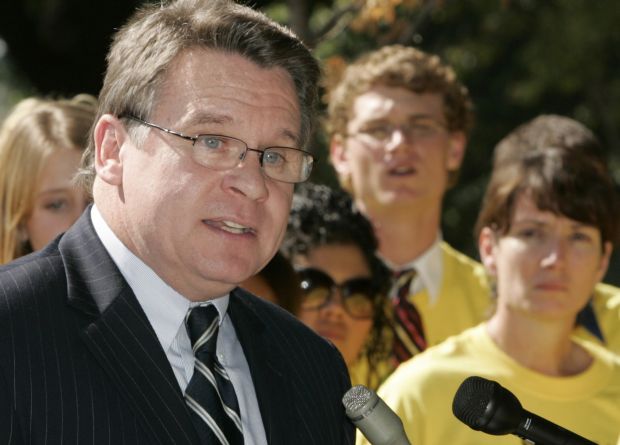 WASHINGTON (CNS) — In the United States, hearing the words “it’s a girl,” is a cause for enormous joy and celebration for most, said Rep. Chris Smith, R-N.J.

“Today, the three most dangerous words in China and India are: It’s a girl,” Smith said told a congressional hearing Sept. 10.

Smith, the father of two boys and two girls, addressed the issues of sex-selective abortion, lopsided gender ratios, and malnutrition among young females in India during a hearing of the House Subcommittee on Africa, Global Heath, Global Human Rights and International Organizations.

Smith, subcommittee chairman, said tens of millions of women are missing in India as a result of sex-selective abortion and female infanticide. Smith said in parts of India, 126 boys are born for every 100 girls.

“Women have been systematically exterminated through sex-selection abortion,” Smith said. “It’s a deliberate and premeditated assault on women.”

Smith said India also has 37 million more men than women, according to the 2011 census. He said malnutrition of young girls is also common. Smith said girls below the age of 5 have a mortality rate that is 75 percent higher than boys of the same age.

“This in turn leads to a shortage of marriageable women, which then leads to trafficking in persons, bride-selling and prostitution,” he said.

Smith said more than 160 million females, a figure higher than the current population of U.S. females, are missing from Asia’s population because of sex-selective abortions, but the problem is not limited to the Asian continent.

“In Azerbaijan and Armenia, in Eastern Europe, and even among some groups in the United States, couples are making sure at least one of their children is a son,” he said.

Rep. Ami Bera, D-Calif., who is of Indian heritage, said it is important to change the attitudes of males in India toward women. During a recent visit to India, he said he learned of women doctors who worked with female victims of domestic violence and with men to help change their perspectives toward women.

“The most important title I have today is being the father of a daughter,” Bera said. “It is imperative that every girl and every woman is empowered.”

Matthew J. Connelly, professor of international and global history at Columbia University, said by the 1960s, India had long been a testing ground for population control. Connelly told the hearing that General Electric promoted the use of ultrasound machines in India and China.

But Sabu George, an independent researcher from the Indian state of Kerala, said sex selection has become genocide in the Indian context. He said the act of determining sex through an ultrasound is illegal in India.

George said the misuse of technology and lack of respect for Indian law led to high rates of abortion of female fetuses. He said that rate has increased in the past 30 years, and that doctors often are not prosecuted for administering illegal ultrasounds.

“What is tragic is that people accept it,” he said.

George said the rate of females being aborted before birth as well as life expectancy differs from state to state within India.

Jill McElya, vice president of the Indianapolis-based Invisible Girl Project, said she and her husband were first exposed to infanticide in 2009 when they lived in a rural village in South India. She said in one village her husband visited, boys outnumbered girls 8-1.

McElya said the gender imbalance between men and women in India has resulted in problems such as trafficking, child marriage and violence toward women and girls. She told the hearing that sex trafficking is a large consequence of India’s gender imbalance.

“When millions of men go unmarried because millions of potential brides have been killed, these single men are more inclined to purchase sex,” McElya said. “Because of the demand for sex workers and because large amounts of money can be made by brothel owners, girls and women are trafficked into the sex industry.”

Mallika Dutt, president and CEO of the global human rights organization Breakthrough, said she was born a feminist in India. During the hearing, she advocated for access to legal abortions for Indian women.

“I believe that, in order to empower women, the right to abortion has to be part of it,” she said. “We should not take away the rights of women and girls to protect their rights.”