Pope Francis to lead prayer vigil for peace in Syria 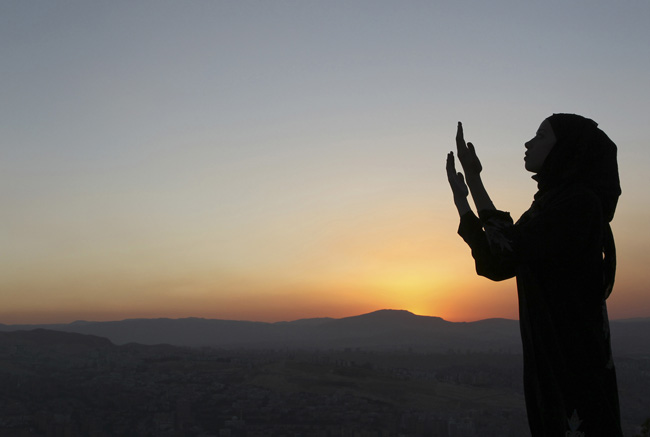 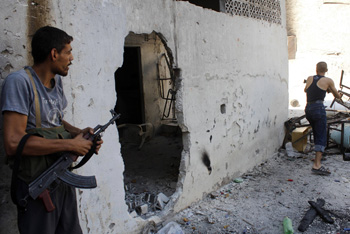 Free Syrian Army fighters take positions as one of them fires his weapon towards what they say are snipers loyal to Syrian President Bashar Assad in the old city of Aleppo Sept. 2.  (CNS/Molhem Barakai, Reuters)

VATICAN CITY (CNS) — On the evening of Sept. 7, days before U.S. lawmakers vote on President Barack Obama’s proposal for a military attack on Syria, Pope Francis will lead thousands in St. Peter’s Square in a prayer vigil for peace.

“We will gather in prayer and in a spirit of penance, invoking God’s great gift of peace upon the beloved nation of Syria and upon each situation of conflict and violence around the world,” the pope said Sept. 1, before praying the noon Angelus with a crowd in the square. “Humanity needs to see these gestures of peace and to hear words of hope and peace.”

The vigil will include a recital of the rosary, eucharistic adoration, Scripture readings, a papal blessing and remarks by Pope Francis, said the Vatican spokesman, Jesuit Father Federico Lombardi. During the event, which will last 7 p.m.-11 p.m., priests will be available to hear confessions.

For all Catholics, the pope has proclaimed Sept. 7 a “day of fasting and prayer for peace in Syria, the Middle East and throughout the world.” On fast days, adult Catholics in good health are expected to eat only one full meal.

The pope said he was inviting everyone, “including our non-Catholic Christian brothers, followers of other religions and all men of good will, to participate, in whatever way they can, in this initiative.”

According to Fides, the news agency of the Congregation for the Evangelization of Peoples, Syria’s Grand Mufti Ahmad Badreddin Hassoun, leader of the country’s Sunni Muslims, has approached the papal nuncio in Damascus, Syria, with a request to attend the Rome vigil.

Even if that trip proves impossible to arrange, Fides reported, the mufti has called on his followers to pray for peace Sept. 7, “in communion and simultaneously with the pope.”

Obama has called for military strikes to punish the government of Syrian President Bashar Assad, which the U.S. blames for an Aug. 21 chemical weapons attack near Damascus that reportedly killed more than 1,400 people, including children.

Over the last two-and-a-half years, according to the United Nations, a civil war between Assad’s government and rebel forces has killed more than 100,000 people, driven 2 million refugees out of Syria and displaced another 4.5 million inside the country.

Pope Francis said he condemned the use of chemical weapons “with utmost firmness,” adding that “those terrible images from recent days are burned into my mind and heart.”

“A judgment of God and also a judgment of history upon our actions are inescapable,” he said.

But the pope insisted that “never has the use of violence brought peace in its wake. War begets war, violence begets violence.”

Instead, Pope Francis called on all parties to “follow the path of encounter and negotiation and so overcome blind conflict.”

Bishop Mario Toso, secretary of the Pontifical Council for Justice and Peace, told Vatican Radio Sept. 2 that a “solution to Syria’s problems cannot be that of armed intervention. The situation of violence would not be diminished. On the contrary, there is the risk that it will explode and extend to other countries.”

The Secretariat of State has invited foreign ambassadors accredited to the Holy See to attend a Vatican briefing on Syria Sept. 5.

NEXT: Romanians flock to beatification of ‘major apostolic vagabond’