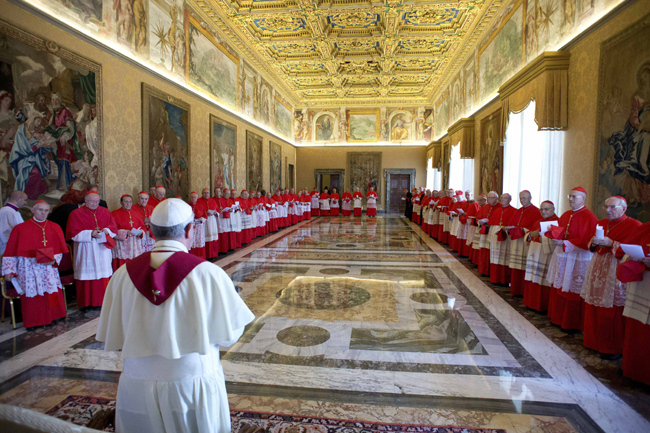 Pope Francis meets with cardinals at the Vatican Sept. 30 during the consistory in which he announced April 27 as the date for the canonization of Blesseds John XIII and John Paul II. The Polish pontiff who led the Catholic Church for 27 years and witnessed the fall of communism and Pope John XXIII, who called the Second Vatican Council, will be declared saints in a single ceremony on Divine Mercy Sunday. (CNS photo/L'Osservatore Romano via Reuters) 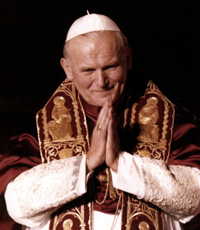 VATICAN CITY (CNS) — Recognizing that Blessed John XXIII and John Paul II have widespread reputations for holiness and that years of studying their lives and actions have proven their exceptional virtue, Pope Francis announced he would declare his two predecessors saints at a single ceremony April 27.

The pope made the announcement Sept. 30 at the end of an “ordinary public consistory,” a gathering of cardinals and promoters of the sainthood causes of the two late popes. The consistory took place in the context of a prayer service in Latin and included the reading of brief biographies of the two sainthood candidates.

Cardinal Angelo Amato, prefect of the Congregation for Saints’ Causes, read the biographies and highlighted the “service to peace” and the impact both popes had “inside and outside the Christian community” at times of great cultural, political and religious transformation.

The testimonies of their lives, “completely dedicated to proclaiming the Gospel, shine in the church and reverberate in the history of the world as examples of hope and light,” the cardinal said. 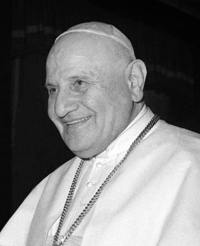 Asked by reporters if retired Pope Benedict would participate in the canonization ceremony, Jesuit Father Federico Lombardi, Vatican spokesman, told reporters it was possible, but given the retired pope’s preference for staying out of the public eye, he could not say for sure.

The choice of April 27, which will be Divine Mercy Sunday in 2014, was not a complete surprise. Speaking to reporters traveling with him from Brazil to Rome July 28, Pope Francis said he had been considering Dec. 8, but the possibility of icy roads could make it difficult for Polish pilgrims who would travel by bus to Rome for the ceremony.

The other option, he said, was Divine Mercy Sunday, a celebration instituted worldwide by Pope John Paul. Since the beginning of his pontificate in March, Pope Francis has emphasized God’s mercy and readiness to forgive those who recognize their need for pardon. He told reporters on the flight from Brazil that Pope John Paul’s promotion of Divine Mercy Sunday showed his intuition that a new “age of mercy” was needed in the church and the world.

Asked on the plane to describe the two late popes, Pope Francis said Blessed John was “a bit of the ‘country priest,’ a priest who loves each of the faithful and knows how to care for them; he did this as a bishop and as a nuncio.”

He was holy, patient, had a good sense of humor and, especially by calling the Second Vatican Council, was a man of courage, Pope Francis said. “He was a man who let himself be guided by the Lord.”

As for Blessed John Paul, Pope Francis told the reporters on the plane, “I think of him as ‘the great missionary of the church,” because he was “a man who proclaimed the Gospel everywhere.” 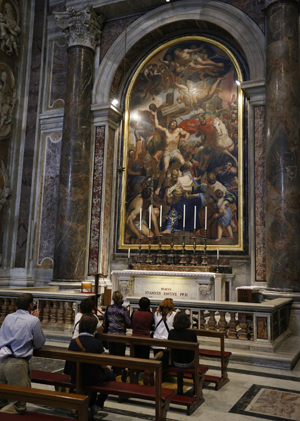 Pope Francis signed a decree recognizing the miracle needed for Blessed John Paul’s canonization July 5; the same day, the Vatican announced that the pope had agreed with members of the Congregation for Saints’ Causes that the canonization of Blessed John should go forward even without a second miracle attributed to his intercession.

Except in the case of martyrdom, Vatican rules require one miracle for a candidate’s beatification and a second for his or her canonization as confirmations that the candidate really is in heaven with God. However, the pope may set aside the rule.

NEXT: Priest hails U.S. report on conditions for Haitians in Dominican fields