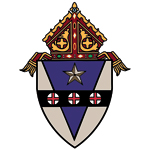 In what is billed as a “unique opportunity for the clergy and faithful,” Catholics of the Archdiocese of Philadelphia are now able to participate in a “consultation” with the Vatican in preparation for next year’s Synod of Bishops in Rome.

The archdiocese announced Nov. 15 that it has posted a form on the archdiocesan website for Catholics to provide input on issues such as widespread cohabitation, same-sex unions, interreligious marriages, single parent families, the equality of spouses, “a weakened sense of the permanence of marriage, a feminism hostile to the Church … and the negative impacts of the media and legislation on the meaning of Christian marriage and family,” read an introductory message to the form on the website.

“Within the Church,” it read, “faith in the sacramentality of marriage and the healing power of the sacrament of penance has declined.”

Responses to the nine questions posed by the Vatican on the form will provide data for the preparation of the 2014 Synod of Bishops, which will seek to proclaim “Christian family and marriage in a more effective way to reach hearts and transform them according to God’s will made known in Jesus Christ,” the message read.

Responses should be completed by Monday, Dec. 2. Archdiocesan officials will integrate all responses into a general report by Archbishop Chaput to help with the preparation for the synod, titled “The Pastoral Challenges of the Family in the Context of Evangelization.”

An archdiocesan statement released Nov. 15 said the questionnaire is not a poll or a survey on Church teaching.

“Rather,” it said, “this is a unique opportunity for the clergy and faithful of the Archdiocese of Philadelphia to reflect and respond thoughtfully on serious challenges to family life and to marriage.”

The page on the website begins with introductory notes followed by a link to the form. It requires users to enter their name; other fields for parish affiliation, phone number and email address are optional.

The form also includes a link to Church teaching on marriage and family from the Catechism of the Catholic Church.

The local opportunity for input joins that of similar efforts in other dioceses in the United States.

In an interview with Catholic News Service during the recent annual meeting of the United States conference of Catholic bishops in Baltimore, Archbishop Chaput noted that the bishops of Great Britain had already created a website to accomplish what the Philadelphia Archdiocese has now deployed.

“I’ve had emails saying people expect to do this,” Archbishop Chaput said.

Pope Francis has called for a Synod of Bishops next year to study challenges to family and marriage. Another synod is expected to follow in 2015 to determine guidelines for the pastoral care of the family and married couples, the archdiocesan web page noted.

In September 2015 Philadelphia will host the World Meeting of Families at which thousands of families from around the world are likely to discuss the same challenges and strengths regarding marriage and family life.

Many observers expect Pope Francis to attend the meeting, though his participation remains unconfirmed by the Vatican at present.