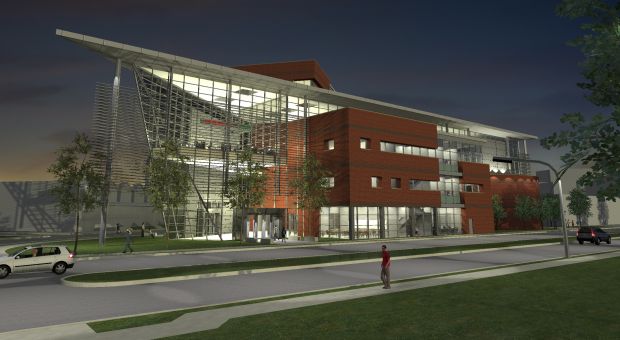 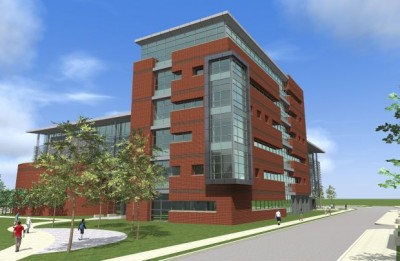 The new 78,000 square-foot multi-tiered building is slated to open for classes in January 2016 and create approximately 600 jobs during construction. It will be located at the intersection of Wister and Chew Avenues extending the university’s frontage from Olney to Chew Avenues and expanding its West Campus.

“When complete, La Salle University’s School of Business will be among the most advanced learning facilities for business education in the nation,” said Christian Brother Michael J. McGinniss, president of La Salle. “What differentiates this facility is the space planning that places classrooms, gathering areas and faculty offices in close proximity to each other, fostering personal interaction and mentoring between students and faculty. This focus on mentoring is precisely at the core of the Lasallian Catholic tradition of education.”

Highlights of the new building include:

— Wireless infrastructure that will enable students to interact with other students and executives from around the world;

— A 300-seat auditorium that can be used to host conferences;

— A variety of classroom designs to meet different teaching styles;

— Video conferencing capabilities throughout the building;

— A large atrium space that can be used to host social events.

The new building will offer gathering places and technology-equipped breakout rooms where students can talk with faculty, other students and business executives. Spaces are designed to facilitate the collaborative learning and teamwork environment that is necessary in today’s business world.

Funding for the project will come from a $20 million investment from the university’s resources, and the remaining $15 million will come from alumni, more than half of which has already been secured.

By the time the new building opens in 2016, La Salle University’s School of Business will have celebrated its 60th anniversary of providing business leadership to the Philadelphia region and beyond.

La Salle University was established in 1863 through the legacy of St. John Baptist de La Salle and the Christian Brothers teaching order, which St. La Salle founded in 1680.  La Salle is an educational community shaped by traditional Catholic and Lasallian values.

NEXT: Morrisville parishioners wrote the book on Lectio Divina prayer