Two pilgrimages of faith offered in 2014 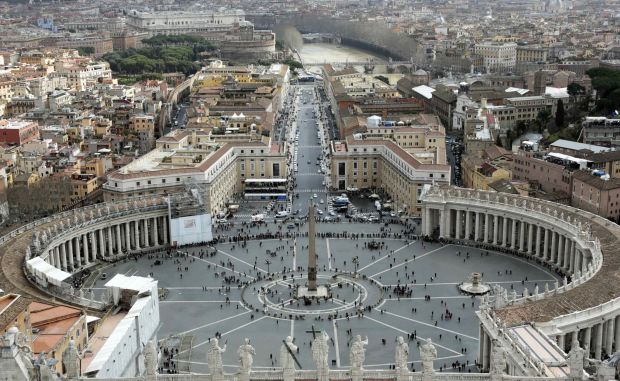 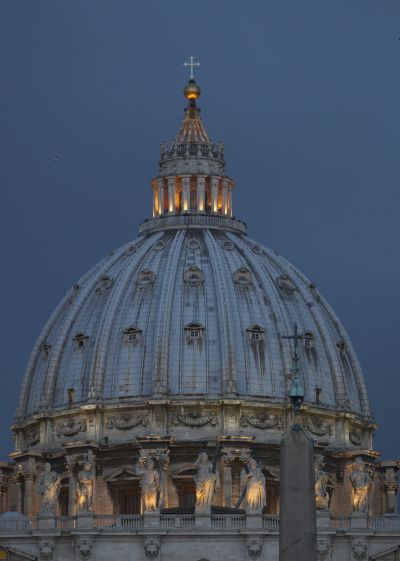 The weather in Paris may well be delightful in April, but it is even more so in Rome.

This coming year it will be extra special, because on April 27, 2014, Pope Francis will preside at ceremonies at the Basilica of St. Peter for the canonization of two of his illustrious predecessors, Blessed John XXIII and Blessed John Paul II.

Pilgrims from around the world will flock to the Eternal City to witness this unique canonization of two beloved popes and at the same time have a look at Pope Francis, who in less than a year has reinvigorated the church to a level of optimism we haven’t seen since the heady days of Vatican Council II.

It is perhaps no coincidence John XXIII, John Paul II and Francis are the only three popes who have received the Man (Person) of the Year Award from Time magazine.

Naturally, the Archdiocese of Philadelphia is sponsoring a pilgrimage. It will leave Philadelphia April 21 and return April 29, and included is a side trip to Assisi, the birthplace of St. Francis, according to Father G. Dennis Gill, director of the Office of Divine Worship, which is coordinating the pilgrimage through Select International Tours.

“The purpose of the pilgrimage is to have the faithful of the archdiocese be part of the experience of the canonization of our popes — John XXIII and John Paul II,” Father Gill said. “We want it to be a truly spiritual experience, much like the pilgrimage to the Holy Land (March 2011). There will be prayer and daily Mass.”

The all-inclusive pilgrimage includes air travel from Philadelphia, stay at the four-star Cicerone Hotel or an equivalent, taxes, land travel, tips, all breakfasts and most dinners.

Some of the features include a Tuesday stop at St. Paul’s outside the Walls, where St. Paul is buried, and a walking tour of major Roman attractions. There will be a possible papal audience on Wednesday and a tour of Christian shrines; and on Thursday the visit to Assisi.

Friday will include the Vatican Museums, the Sistine Chapel and St. Peter’s Basilica, as well as an afternoon visit to a catacomb. Saturday will be devoted to sites from ancient Rome including the Colosseum, where so many martyrs met their death.

Sunday will see a very early departure for St. Peter’s Square, where because of the huge crowd it will be standing room only for the canonization.

The evening will be devoted to the traditional celebration of a farewell dinner, and Monday will be free time for whatever one wishes, with departure from Rome on Tuesday.

“I think what makes it very special with John Paul is he is the pope who actually visited our city and was impressed with the city when he was here,” Father Gill said. “Overall for both popes, we live in a time when we get to know people through the media. We know what they looked like, what they said. We know their voices. Our Catholic people knew them and there is a positive recognition of their holiness.”

The per-person cost is $3,795, although that may vary slightly with changes in the dollar-to-euro exchange rates.

See the full brochure and application for the pilgrimage and learn more at Select International Tours’ website, or call Marianne Murphy at 800-842-4842.

Another pilgrimage a bit down the road is Sept. 10-17 for the Quebec Jubilees Celebration marking 350 years of the Catholic faith in French Canada.

Archbishop Charles Chaput, who has both French Canadian and Native American heritage in his DNA, will lead the pilgrimage.

Because there are a number of stops at shrines along the way, this will be a bus tour, which might make the trip enjoyable for those who love the autumn leaves. 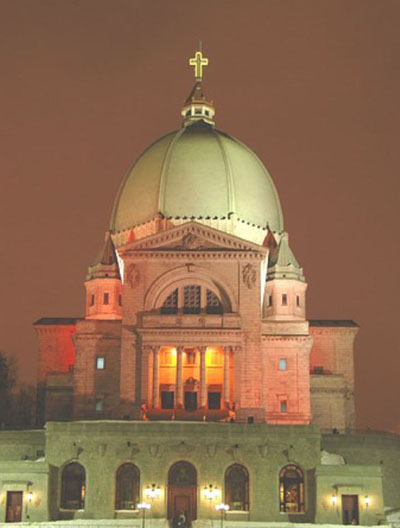 This trip is under the direction of the Office for Worship and Select International Tours. Again, almost everything is covered in the tour’s price, including tips and most meals (17).

Wednesday, Sept. 10, has a first stop in Fultonsville, N.Y., for the celebration of Mass where St. Isaac Jogues and two companions were martyred between 1642 and 1649. A little further on comes Fonda, N.Y, the birth place of St. Kateri Tekakwitha, the “Lily of the Mohawks.”

After overnighting in the Albany area there will be a stop in Kanawake, Canada, and the tomb of St. Kateri. In the afternoon Mass will be celebrated at Montreal’s St. Mary of the World Cathedral.

Friday morning will see a visit to the St. Joseph Oratory where Holy Cross Brother Andre is buried. He was canonized in 2010. There will also be an evening visit to Notre Dame de Montreal for a sound and light show. Saturday will include a visit to the famous Basilica of St. Anne de Beaupre in Quebec City.

On Sunday the pilgrims will attend the concelebrated 350th anniversary Pontifical High Mass at Notre Dame de Quebec Basilica, the mother church for Catholicism in Canada.

Most of Monday will be free to explore Quebec City.

On Tuesday, on the way back to the U.S.A., there is a stop in the Troi Rivieres area at Our Lady of the Cape Shrine, the largest Marian shrine in Canada.

Dinner and overnight will be in Stockbridge, Mass., which will leave time for a Wednesday morning visit to the Divine Mercy Shrine where the final Mass of the pilgrimage will be celebrated.

Again, see details in the brochure and application on Select International Tours’ website or call Marianne Murphy at 800-842-4842.