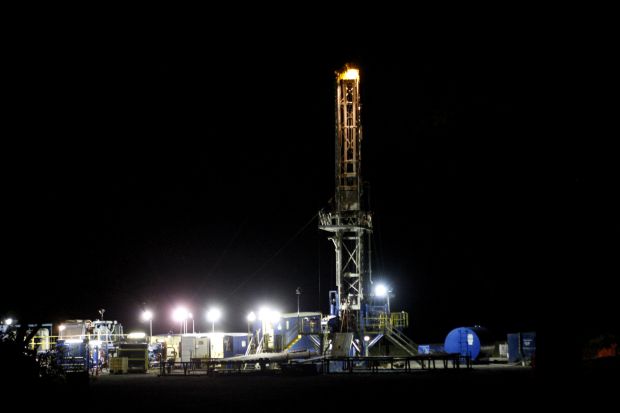 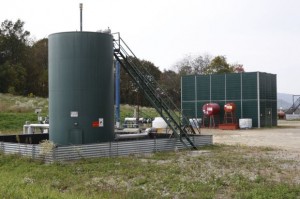 WASHINGTON (CNS) — In ongoing national discussions about the mining of natural gas, Catholic voices have emerged to raise significant moral questions while not necessarily taking sides.

From New York to Colorado, from individual bishops to umbrella organizations, Catholic contributions to the discussions have decidedly held up the church’s social teaching on the importance of protecting creation and promoting the common good.

Blessed John Paul II, Pope Benedict XVI and Pope Francis all have addressed the need to protect the environment, saying that the health of the earth and its inhabitants must not be sacrificed in the pursuit of short-term economic gain.

And the U.S. bishops’ Committee on Domestic Justice and Human Development in May reaffirmed the moral principles from the bishops’ 1981 statement on energy, “Reflections on the Energy Crisis,” as a framework for examining key energy issues, including fracking.

Such declarations raise important questions that can be applied to the growing push by energy companies to extract natural gas from deep underground, particularly through a process known as slick water hydraulic fracturing, or fracking.

Thanks to technological advances that have allowed for pinpoint horizontal drilling, the practice has become widespread with hundreds of thousands of wells in 34 states. But reports of illnesses, air and water contamination, blackened ground and animal deaths near fracked wells have led to calls in some church circles for caution.

Although state Catholic conferences where fracking is most widespread, Pennsylvania, Colorado and Texas, have not issued formal statements on fracking, the executive directors of all three conferences said it is an issue that is being watched closely.

“As it comes to our attention in more of these individual communities, it is definitely something, the bishops in Colorado are committed to examining,” Jenny Kraska, executive director of the Colorado Catholic Conference told CNS.

Some bishops have raised questions as well.

“I think the public needs more information than is presently being provided about the chemicals in this mix that is being injected into the earth to release the gas and oil,” he told Catholic News Service.

The bishop also expressed apprehension about the amount of water fracking requires, especially in parts of the country where water is a precious commodity. Each fracturing uses from 2 million to 6 million gallons of water and each well can be fracked multiple times along each horizontal lateral. Some wells have up to six laterals. Because of the chemical mix, the water cannot be returned to normal usage so essentially it is taken out of use.

“So many of the people around here and the businesses rely on these water resources, from ranchers to farmers to everybody who drinks the water,” he said. “I’m just surprised that our government officials are not demanding that these oil and gas companies be more forthcoming with information about what they’re actually putting into the earth.”

In many cases the chemically laden water — called produced water — is pumped into underground injection wells. In a few areas injection wells have been linked to earthquakes, such as a series near Youngstown, Ohio, that culminated in a magnitude 4 tremor on New Year’s Eve 2011. Ohio Gov. John Kasich subsequently ordered that particular well closed.

Because the vast majority of fracking wells are located in rural areas, Catholic Rural Life has begun examining fracking as well.

James F. Ennis, Catholic Rural Life executive director, explained to CNS that the organization regularly receives requests for more information about the process. He said the organization would like to develop a study guide to aid communities facing an influx of well construction and natural gas extraction.

“We’re trying to continue to do all we can as Catholics to at least lighten people to these issues,” he said.

“My concern is with the sociological impact of the industry, where it brings in so many people and the infrastructure of the communities just can’t handle it well,” explained Bishop Warfel, also a member of the Catholic Rural Life’s board.

He pointed to issues such as the rising cost of housing in areas where an influx of well-paid workers has moved in, rising crime, including drug use and prostitution, to stresses on infrastructure not meant to handle heavy truck traffic.

“I think whatever is done, it has to be done responsibly. I’m not really against the drilling as long as it’s done in a socially responsible manner and follows ethics of care for creation and good Catholic social principle,” the bishop said.

It is the concern for water that fuels the work of Christiana Z. Peppard, assistant professor of theology, science and ethics at Jesuit-run Fordham University. She told CNS that the Catholic Church is among the best positioned organizations to help build an ethical framework to protect the earth’s water resources.

Water is “foundational for human life,” and therefore every means possible must be exercised to protect water — as well as land — when discussing energy development, explained Peppard, whose book on the moral dimensions of protecting water supplies will be published in January.

Dan Misleh, executive director of the Catholic Coalition on Climate Change, which complements the environmental justice work of the U.S. Conference of Catholic Bishops, said the discussion on fracking naturally flows into questions about personal energy consumption and the importance of developing renewable energy resources such as solar and wind power.

“As the Intergovernmental Panel on Climate Change said once again (in September) burning up these fossil fuels is the primary cause of climate change,” he said. “So we have to very quickly begin to transition ourselves off of these fuels or dramatically reduce their use before we just get this runaway cycle of climate change.”

The church’s efforts have crossed over into faith-based organizing as well on the issue. One course of action finds the Catholic Campaign for Human Development funding Illinois People’s Action in its education and advocacy work as energy companies prepare to step up natural gas extraction in the southern part of the state.

The grass-roots organization has focused on trying to get the strongest possible regulations in place to assure that some of the problems about air and water contamination experienced in other states around fracking sites do not occur in Illinois.

NEXT: Advances in drilling technology led to fracking’s rapid expansion