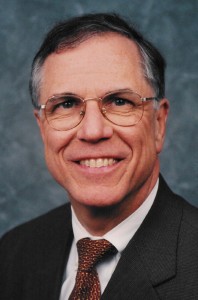 WASHINGTON (CNS) — What’s clear in the American Civil Liberties Union lawsuit over the U.S. bishops’ ethical and religious directives for Catholic health care is the lawyers’ “selective reading” of those directives, according to John Haas, president of the National Catholic Bioethics Center in Philadelphia.

The ACLU and its Michigan affiliate filed suit in U.S. District Court Nov. 29 on behalf of Tamesha Means, claiming she received negligent care at a Michigan Catholic hospital when her pregnancy was in crisis at 18 weeks. The suit claims the directives kept the doctors from giving her adequate care.

In a Dec. 4 interview with Catholic News Service, Haas said it was a “frivolous suit” with no basis and will “go absolutely nowhere.”

He said the real issue is whether the plaintiff was informed properly about her condition, and he said the directives require informed consent, but the suit does not cite that provision.

Haas told CNS the ACLU lawyers’ claim is “clearly a selective reading of the directives to advance their own cause, which isn’t even to obtain redress (for Means).”

“If they were concerned about a redress of grievances for this woman and medical malpractice,” Haas said, the suit should have been filed in a Michigan court against the hospital, now called Mercy Health Muskegon, and its personnel, not filed in a federal court citing the USCCB as a defendant.

The suit claims the Catholic bishops’ “Ethical and Religious Directives for Catholic Health Care” are to blame for the inadequate care.

The suit claims the directives prevented doctors at the hospital from fully informing Means about her condition and what her treatment options were, leading her to suffer emotional and painful trauma that resulted in a premature birth and the death of the baby shortly thereafter.

Haas said holding the USCCB responsible for one hospital’s actions would be like suing the American Medical Association because one of its physician-members didn’t follow the AMA’s ethical guidelines.

The hospital, then called Mercy Health Partners, or MHP, “did not tell Ms. Means that it would not terminate her pregnancy, even if necessary for her health, because it was prohibited from doing so by the directives,” the lawsuit says.

The Catholic Church opposes abortion. The directives state: “Catholic health care ministry witnesses to the sanctity of life ‘from the moment of conception until death.'”

The lawsuit cites one directive, No. 45, which says in part: “Abortion (that is, the directly intended termination of pregnancy before viability or the directly intended destruction of a viable fetus) is never permitted. Every procedure whose sole immediate effect is the termination of pregnancy before viability is an abortion, which, in its moral context, includes the interval between conception and implantation of the embryo. Catholic health care institutions are not to provide abortion services, even based upon the principle of material cooperation.”

But Haas told CNS that “informed consent” is really the issue: Was Means was properly informed about her options? The bishops’ directives require it, he said.

He cited directive No. 27, which is not mentioned in the suit. This directive states: “Free and informed consent requires that the person or the person’s surrogate receive all reasonable information about the essential nature of the proposed treatment and its benefits; its risks, side effects, consequences, and cost; and any reasonable and morally legitimate alternatives, including no treatment at all.”

Also, he said the ACLU ignored directive No. 47, which states: “Operations, treatments, and medications that have as their direct purpose the cure of a proportionately serious pathological condition of a pregnant woman are permitted when they cannot be safely postponed until the unborn child is viable, even if they will result in the death of the unborn child.”

Underlying No. 47, he explained, is “the principle of double effect.” The Catholic Church teaches that the principle may be employed when one is considering an action that is morally good, yet the action involves one or more unintended bad consequences. Because these consequences are side effects and not directly willed, the choice that brings them about is morally acceptable.

In an interview he gave to NPR, Haas said holding the USCCB responsible for one hospital’s actions would be like suing the American Medical Association because one of its physician-members didn’t follow the AMA’s ethical guidelines.