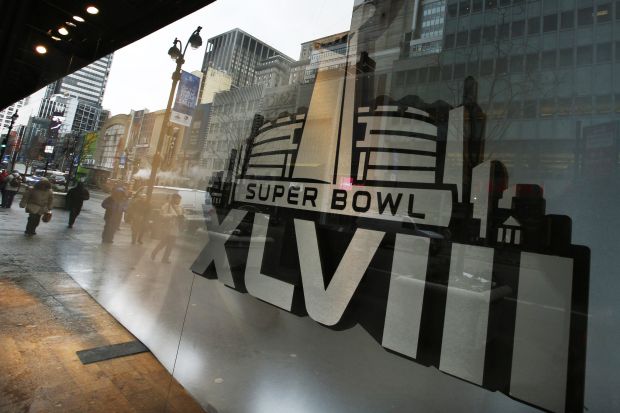 WASHINGTON (CNS) — A lot of “positive feedback” has been reported from hotels expecting an influx of visitors for the Feb. 2 Super Bowl with regard to efforts to curb human trafficking — primarily sex trafficking — surrounding the event.

The report comes from Margot Morris, program director for the Tri-State Coalition for Responsible Investment. It has been Morris’ job to reach out to hotels big and small from Connecticut to Philadelphia as fans check in with football on their mind — and traffickers check in with easy money on their mind.

“In New Jersey we got 78 percent positive feedback from the hotels,” Morris told Catholic News Service in a Jan. 27 telephone interview.

Morris spoke of a “hierarchy” of positive feedback. Some hotel managers, she said, responded, “Thank you for speaking at us. It’s a really busy time,” and offered to put anti-trafficking information by the employee bulletin board area. “On the other hand, we had very encouraging managers who said, ‘I can’t believe I wasn’t aware of this issue. I’m going to have my staff training as soon as possible.'”

To help those hotel managers, the Tri-State Coalition conducted training for hotel staff in November at Rutgers University’s law school.

Dominican Sister Pat Daly, the coalition’s executive director, said the organization has been planning for this ever since the National Football League awarded Super Bowl XLVIII two years ago to MetLife Stadium in the New Jersey suburbs of New York City.

Morris told CNS of one new wrinkle in the hotel outreach effort, this one to independently run budget-priced hotels and motels that dot the New Jersey landscape. “It’s a soap campaign. It was established by a survivor, Teresa Flores,” Morris said. “We deliver basic human trafficking info and posters of local, missing children. The bars of soap that they give out for free have a hotline number on it.” 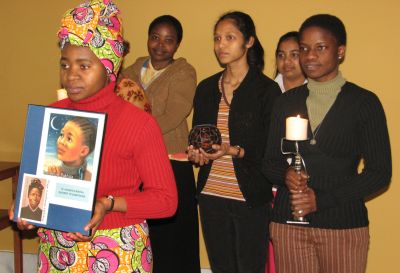 Sisters of the Holy Cross lead the Human Trafficking Awareness Day prayer service, which included the story of St. Josephine Bakhita, at the Church of Our Lady of Loretto in Notre Dame, Ind., Jan. 11. Left to right: Sisters Semerita Mbambu, Rose Kyomukama, Manorma Kerketta, Jui Clara Corraya and Comfort Arthur. The prayer service was sponsored by the Coalition for Corporate Responsibility for Indiana and Michigan, a group of 11 orders of Catholic women religious, as part of its Super Bowl 2012 Anti-Trafficking Initiative. (CNS photo/Sister Margaret Ann Nowacki)

Hotel operators have been taking the soap bars, and some have even prominently displayed their anti-trafficking training certificate, Morris said.

The Tri-State Coalition is the largest Catholic investment group in the New York region, Sister Pat said, adding her hopes that its outreach will make an impact. “The difference in heightened awareness (on trafficking) and within the industry is a deterrent in itself,” she said, “I hope with all this awareness being raised now, traffickers will be less included to bring their girls to the area.”

New Jersey’s Catholic bishops, in a Jan. 11 statement, “Modern Day Slaves Living Within Our Midst,” acknowledged that human trafficking exists in their state and in 161 other countries around the world.

It cited statistics from Catholic Relief Services that human trafficking is a $32 billion industry worldwide; at least 12.3 million people are trafficked worldwide; more than 1 million children are victims of trafficking; and on average, only 1 person is convicted for every 800 trafficking cases worldwide.

The bishops urged “fighting this grave violation of fundamental human rights, especially the sexual exploitation of women and children.” In New Jersey, the church worked to get passage of the Human Trafficking Protection Prevention and Treatment Act.

At a Jan. 27 hearing on sex trafficking at the Super Bowl by the House Subcommittee on Africa, Global Health, Global Human Rights, and International Organizations, subcommittee chairman Rep. Chris Smith, R-N.J., said: “The National Center for Missing and Exploited Children reports that more than 10,000 exploited women and girls were trafficked to Miami for the Super Bowl in 2010. This must not happen again!”

Smith talked about the Department of Homeland Security’s “Blue Lightning” training initiative adopted by many airlines; through the program airline personnel learn how to identify potential traffickers and their victims and to report their suspicions to federal law enforcement.

“With minimal modifications, the training is also easily adaptable to bus drivers and station operators, train conductors, trucking associations and other transportation industry professionals,” he said.

The U.S. bishops’ Committee on Migration has designated Feb. 8 as an annual day of prayer for survivors and victims of human trafficking. Feb. 8 is the feast day of St. Josephine Bakhita, who was kidnapped as a child and sold into slavery in Sudan and Italy. Once she was freed, she dedicated her life to sharing her testament of deliverance from slavery and comforting the poor and suffering.