Study shows increase in hostility toward religion around globe 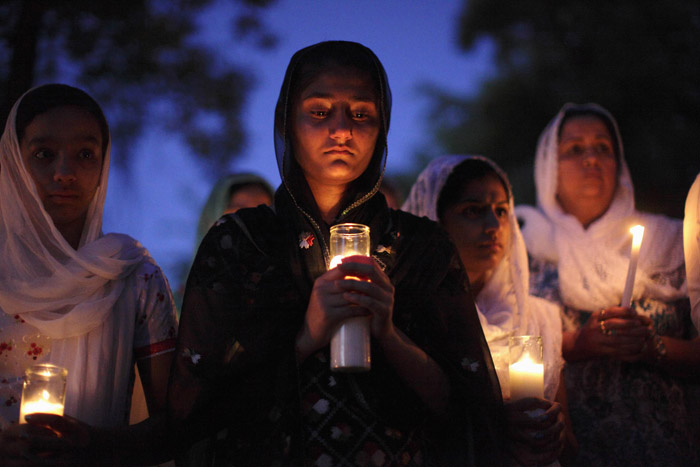 WASHINGTON (CNS) — A Pew Research Center study issued Jan. 14 shows another increase in hostility toward religion by most of the world’s 198 nations.

This is the fifth time the Pew Research Center has reported on religious restrictions around the globe. The report was issued in advance of the U.S. observance of Religious Freedom Day, Jan. 16.

In fact, hostilities toward Jews, Hindus, Buddhists and folk religionists were all up from 2011 levels. The only group recording a decrease were “others,” which includes Sikhs, Baha’is, Zoroastrians and other groups.

In overall changes taking into account both social hostilities and government restrictions, 61 percent of nations recorded an increase, 29 percent recorded a decrease and 10 percent had no change.

On a scale of 0 to 10, 20 nations were given a score of at least 7.2, indicating very high social hostilities on religion, up from 14 in 2011. Pakistan once again topped the list. New countries joining the list were Syria, Lebanon, Sri Lanka, Bangladesh, Thailand and Myanmar.

In the case of government restrictions, the number of countries given a score of 6.6 or higher on a zero-to-10 scale indicating very high restrictions increased from 20 in 2011 to 24 in 2012. Egypt led both years. New to the list are Azerbaijan, Tajikistan, Morocco, Iraq and Kazakhstan; Yemen dropped off the list.

On social hostilities involving religion, the Middle East-North Africa region had a score of 6.4, more than twice that of the next-most-hostile region. The Americas had the lowest score, at 0.4.

The Pew study cited the August 2012 shooting at a Sikh temple in Wisconsin that left six worshippers dead and three others wounded as an incidence of “religion-related terrorist violence.” The report said episodes took place in about 20 percent of all countries in 2012, more than double the 9 percent figure of 2007.

The Middle East-North Africa region also had the highest regional score of government restrictions toward religion, at 6.2. The Americas were given the best score here, too, at 1.5.

The United States received its third straight year of “moderate” for both government restrictions on religion and social hostilities toward religion. Pew does not issue scores for individual countries, it said, “because there are numerous tie scores and the differences between the scores of countries that are close to each other on this table are not necessarily meaningful.”

“None of the 25 most populous countries had low social hostilities involving religion in 2012,” the report said, while only five — Brazil, South Africa, the Philippines, Japan and the Democratic Republic of the Congo — had low government restrictions on religion.

To make its determinations, Pew used 18 widely cited, publicly available sources of information, including reports by the State Department, the U.S. Commission on International Religious Freedom, the U.N. Special Rapporteur on Freedom of Religion or Belief, the Council of the European Union, the United Kingdom’s Foreign & Commonwealth Office, Human Rights Watch, the International Crisis Group, Freedom House and Amnesty International. 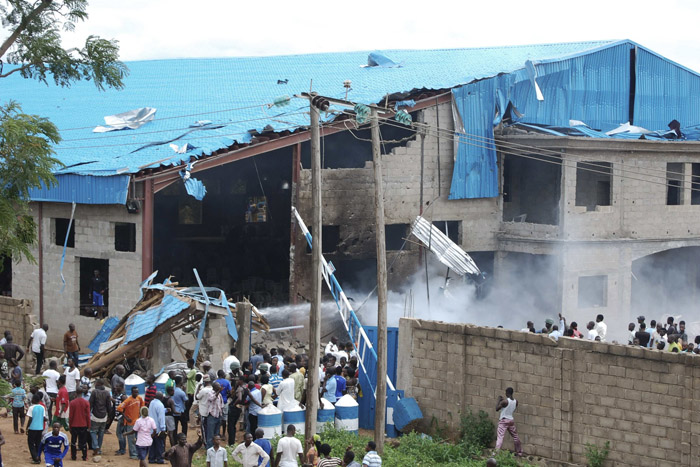 People gather near the damaged Shalom Church after a deadly bombing in 2012 in the northern Nigerian city of Kaduna. (CNS photo/Stringer via Reuters)