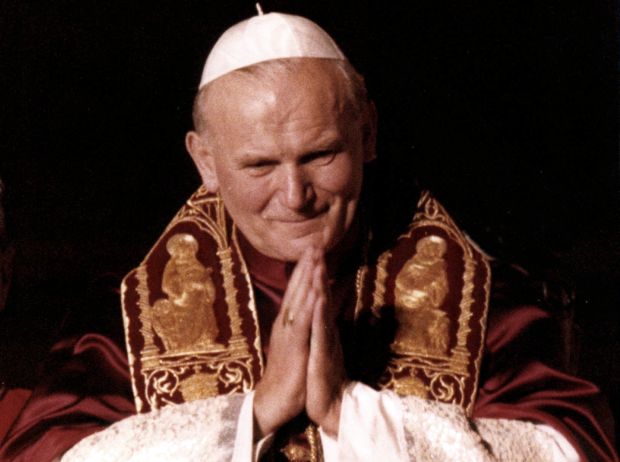 WARSAW, Poland (CNS) — The former personal secretary of Blessed Pope John Paul II has approved the publication of the late pontiff’s private notebooks, despite a request in his will that they should be burned.

“In writing his will, the Holy Father knew he was entrusting these notebooks to someone who would treat them responsibly,” said Cardinal Stanislaw Dziwisz of Krakow, who not only served as the pope’s personal secretary throughout his almost 27-year pontificate, but was his secretary in Krakow, had been a student of then-Father Karol Wojtyla in the seminary and was ordained to the priesthood by him in 1963.

“I had no doubt these were such important items, testifying to the spirituality of a great pope, that it would be a crime to destroy them,” Cardinal Dziwisz told a Jan. 22 news conference in the southern Polish city to announce the release of the notebooks by the local Znak publishing house.

However, the planned Feb. 5 publication of the notebooks has been widely criticized in Poland as an act of disloyalty toward the late pope, who said in his will, published at his death in April 2005, that he counted on his secretary to ensure his wishes were observed after his “years of cooperation and help, full of understanding.”

An expert on the Catholic Church’s communist-era role, Father Tadeusz Isakowicz-Zaleski, urged Poles to boycott Znak and said publication of the notebooks would be “very hurtful” in “consciously violating the pope’s will.”

“In European culture, a final will is always binding, as long as its realization isn’t against the law and morality — this is required not just by legal statutes and good manners, but also by respect for the dead,” the priest told Poland’s TVN television.

“This public act of disobedience is a form of anti-witness and can’t be justified by any explanation that it’s for the good of the church. Does a clergyman serving as a secretary know better than St. Peter’s successor?” he asked.

In a statement, Znak said Cardinal Dziwisz had acted “out of respect for John Paul II” in not destroying the “two simple notebooks,” covering the years 1962-2003, which contained the pope’s “most important personal questions.”

It added that the 640-page book, “I Am Very Much in God’s Hands,” would reveal Blessed John Paul’s “care for his dearest friends and collaborators, and the church entrusted to him,” and allow readers to “know Karol Wojtyla’s weaknesses,” and “accompany the pope at moments of his greatest closeness to God.” The former pope will be canonized April 27 at the Vatican.

Znak’s director, Henryk Wozniakowski, described the notebooks as “a publisher’s dream,” adding that Znak was ready to collaborate with “all the biggest world publishing houses” on foreign-language editions.

However, a Catholic Polish Radio commentator called the publication “no more than a marketing ploy.”

“The pope left a great deal behind him, illuminating his views and beliefs in every area, and these notebooks merely confirm what we already know,” the commentator, Malgorzata Glabisz-Pniewska, told Catholic News Service Jan. 27.

“Having given so much of himself to the world, John Paul II had a right to keep something private. He taught us the good of the individual, however interesting to others, must always take priority over the good of society,” she said.

Cardinal Dziwisz, 74, said in the foreword to the new book that he had “faithfully followed the Holy Father’s will” after his death by “distributing all his possessions, particularly his personal mementos.”

However, he added that he had not “had the courage to burn the notebooks” because they “contained important information about his life” and provided “the key to his spirituality.”

Speaking at the January news conference, Cardinal Dziwisz said he would use his share of profits from the book to complete a 13,000 square-foot complex being built at a cost of $ 40 million in memory of Blessed John Paul in Krakow. The complex will include a basilica housing blood and other relics from the pope.

He added that burning the pontiff’s notebooks would have been comparable to destroying the wartime letters and notebooks of Pope Pius XII, which many historians and researchers had since “deeply regretted.”

The former secretary-general of Poland’s bishops’ conference, Bishop Tadeusz Pieronek, told Catholic News Service Jan. 27 that he believed the pope had “not left an unambiguous instruction” to burn the notebooks, adding that Blessed John Paul would have agreed to their publication if they were judged “creative and useful to others.”

The editor of Krakow’s Catholic Tygodnik Powszechny weekly, Piotr Mucharski, told CNS Jan. 27 he believed criticisms would “die down” when readers “saw the value of the book.”

NEXT: Make more room for women without crowding out family, pope says