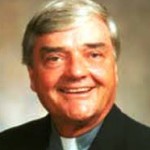 Two priests already on suspension over allegations of sexually abusing minors over 40 years ago have been found unsuitable to return to ministry, Archbishop Charles Chaput has decided.

Both priests were suspended over separate allegations that they each sexually abused a 17-year-old, and each more than 40 years ago. Neither allegation is connected to the other, and the cases of the priests are not related to the 2011 Philadelphia grand jury report that resulted in dozens of priests placed on leave.

Archbishop Chaput’s determination of unsuitability for ministry means the two priests will have no public ministry in the Archdiocese of Philadelphia. They have the right to appeal the decisions to the Holy See. If they do not appeal or if an appeal is unsuccessful, they could be laicized — removed from the clerical state — or live a life of prayer and penance.

The announcement was made at weekend Masses Feb. 22-23 at St. Martha and Our Lady of Calvary parishes in Northeast Philadelphia, the parishes where Father Collins and Father Paul, respectively, last served when placed on leave.

Father Collins was on the faculty at Holy Family University for 37 years and was living at St. Martha Rectory in Northeast Philadelphia at the time he was placed on leave. After he was ordained in 1964, he spent many years in education, especially at Roman Catholic High School and Cardinal Dougherty High School.

Father John Paul, ordained in 1972, also spent many years as a teacher at five different archdiocesan high schools, plus parish ministry. He was named pastor of Our Lady of Calvary Parish in 2000 and remained there until he resigned last year.

In a statement, the Philadelphia Archdiocese said that in the case of the two priests and all such cases, it followed its Policy for the Protection of Children and Young People, developed in 2012.

The results of this process were submitted to the Archdiocesan Professional Responsibility Review Board, which is comprised of 12 men and women, both Catholic and non-Catholic, with extensive professional backgrounds in the investigation and treatment of child sexual abuse.

It functions as a confidential advisory committee to the archbishop and assesses allegations of sexual abuse as well as allegations of violations of The Standards of Ministerial Behavior and Boundaries.

The board made a recommendation regarding suitability for ministry to Archbishop Chaput, who made the final decisions.

The archdiocese encouraged anyone wishing to report an allegation of sexual abuse to contact local law enforcement agency and/or the archdiocesan Office for Investigations at 1-888-930-9010.

To report a violation of The Standards of Ministerial Behavior and Boundaries, contact the archdiocesan Office for Investigations.

The archdiocese said it recognized the public notice may be painful to victims of sexual violence. Victim services are available through the Victim Assistance Office of the Archdiocese of Philadelphia at 1-888-800-8780 or philavac@archphila.org.

PREVIOUS: Archbishop prays for peace in Ukraine, God’s protection of its people

NEXT: Questionnaire on family life to aid church meetings