Facing the truth about ourselves is a step toward holiness, pope says 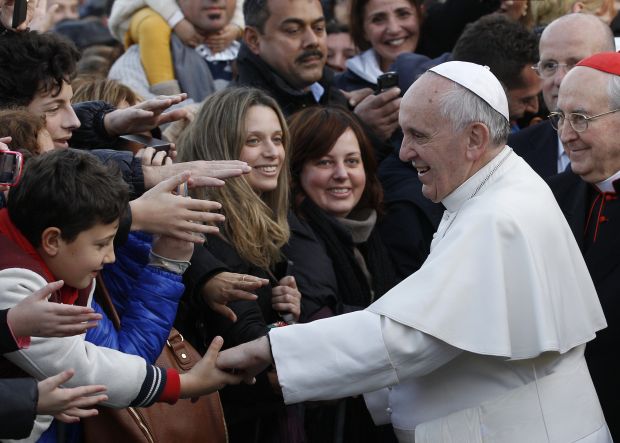 Pope Francis greets the crowd as he visits St. Thomas the Apostle Parish on the outskirts of Rome Feb. 16. (CNS photo/Paul Haring)

ROME (CNS) — Being truthful about what is in one’s heart isn’t always easy, but it is an essential step to living a good and holy life, Pope Francis told members of a parish on the western outskirts of Rome.

“I think it would do us good today to think about not whether our souls are clean or soiled, but to ask, ‘What is in my heart? What do I hold inside that I know and no one else does?'” the pope said Feb. 16 during an evening Mass at the parish of St. Thomas the Apostle.

“Facing the truth about ourselves is not easy,” he said at the Mass, after having met parish youngsters preparing for first Communion and confirmation, the parents of babies recently baptized, and members of a group for families with children who have disabilities. The pope also heard confessions before the Mass. 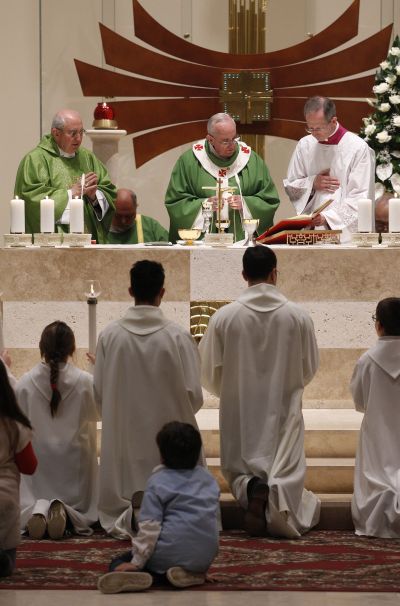 “What is in our hearts?” the pope asked parishioners. Is there love or hatred? Is there forgiveness or a desire for revenge?

While it is natural to try to hide one’s weaknesses from others, the pope said, “it’s very good to tell ourselves the truth and to feel shame when we find ourselves in a situation that is not pleasing to God.”

At the Angelus, the pope said that gossiping is like eating a candy — it begins as something pleasurable, “but in the end it fills our hearts with bitterness, and poisons us, too.”

“I’ll tell you the truth,” he told the crowd in St. Peter’s Square, “I am convinced that if each one of us would make a resolution to avoid gossip, in the end we’ll become saints!” 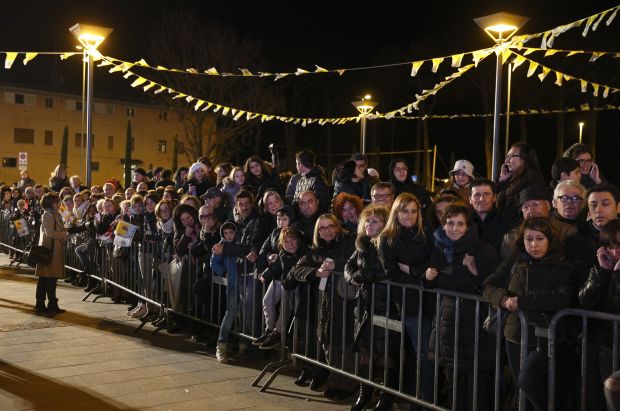 The crowd waits for Pope Francis to exit the church after he celebrated Mass at St. Thomas the Apostle Parish on the outskirts of Rome Feb. 16. (CNS photo/Paul Haring)

NEXT: After pastoral prodding, HIV no longer means death in Peru