The news regarding Balzano was announced by the archdiocesan Office of Catholic Education (OCE) and Faith in the Future Foundation March 28 along with two other appointments.

“These three appointments are a continuation of our bold commitment to building out the world’s premiere Catholic Education system,” said Chris Mominey, chief operating officer and secretary for Catholic education. “Beyond our goal of stabilizing schools, we are actively upgrading leadership and transforming the Office of Catholic Education to best serve the needs of our PK-12 families.

“By delivering the best in school-level leadership, technology development and strategic stewardship of financial aid resources, we are living our number-one commitment: to grow our Catholic schools, to positively impact the archdiocese and to benefit our communities for years to come.“ 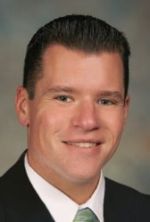 Balzano has served in the Catholic education office since 2011, where he rose to associate superintendent for secondary schools. Most recently, he also has been working for several months at Cardinal O’Hara since the departure of former principal Marie Rogai. His appointment as principal is effective immediately.

Balzano previously was assistant principal at Monsignor Bonner and Archbishop Prendergast High School in Drexel Hill, and Lansdale Catholic High School. He holds a bachelor’s degree in secondary education from Temple University and a master’s in strategic and organizational leadership from Neumann University. 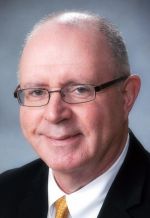 Brannick joins OCE after serving as business and technology teacher at Monsignor Bonner and Archbishop Prendergast High School, plus various roles including principal, since 2007. He holds a bachelor’s degree in communications with a concentration in media studies from Pennsylvania State University. He also holds a master’s in education in instructional leadership from Neumann University.

McArdle has been president of Archbishop Ryan High School in Northeast Philadelphia since 2004. He is a veteran educator in the Archdiocese of Philadelphia. Over the last 30-plus years, he has taught at Father Judge High School for Boys and St. Hubert High School for Girls. He has been an administrator at Cardinal O’Hara and Bishop Shanahan high schools.

He holds a bachelor’s degree in English from Villanova University and a master’s in secondary education from West Chester University.

NEXT: St. Laurentius Church in danger of collapse, will be closed immediately