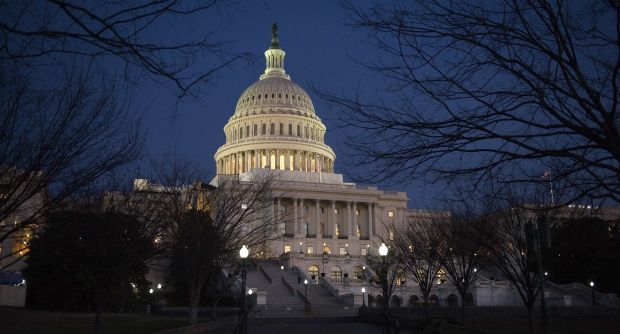 WASHINGTON (CNS) — A bipartisan invitation to Pope Francis to address a joint session of Congress if he comes to the U.S. in 2015 recognizes “the importance of the qualities” the pontiff embodies that resonate with people around the globe, said Cardinal Donald W. Wuerl of Washington.

Those qualities include “a desire for peace, care for the poor, and an ability to bring people together to address the needs of the suffering and marginalized,” the cardinal said in a statement March 13, the first anniversary of the pope’s election.

“These are values that our broken world is so in need of at this moment in history. I am grateful to Congress for acknowledging the universal appeal of Pope Francis’ message with this invitation,” he added.

Earlier in the day House Speaker John Boehner, R-Ohio, issued a formal, open invitation to the pontiff to address a joint meeting of the U.S. House of Representatives and Senate as a visiting head of state.

“(It) would honor our nation in keeping with the best traditions of our democratic institutions,” Boehner said in a statement. “It would also offer an excellent opportunity for the American people as well as the nations of the world to hear his message in full.”

There has been speculation that Pope Francis will come to the U.S. in September 2015 to attend the last day of the World Meeting of Families in Philadelphia, but there has been no official confirmation the pope will be there. Past popes have attended the final day of the gathering.

Boehner, who is Catholic, issued the formal invitation to the pope as the constitutional officer of Congress. News reports said he sent it to the Vatican.

If he were to agree to address American lawmakers Congress, Pope Francis would be the first pontiff to ever address from the U.S. Capitol, according to Boehner aides.

Boehner said that in the last year, the pope’s actions and words, especially about human dignity, freedom and social justice, “have prompted careful reflection and vigorous dialogue among people of all ideologies and religious views in the United States and throughout a rapidly changing world.”

On March 7 in Philadelphia, Archbishop Charles J. Chaput led a news conference with Pennsylvania Gov. Tom Corbett and Philadelphia Mayor Michael Nutter to announce they planned to lead a delegation March 24-26 to meet with Vatican officials to plan the 2015 international family gathering. They also will have an audience with Pope Francis.

The three leaders vowed to personally convince the pontiff to make his first pastoral visit in North America to the city for the conclusion of what will be the eighth World Meeting of Families.