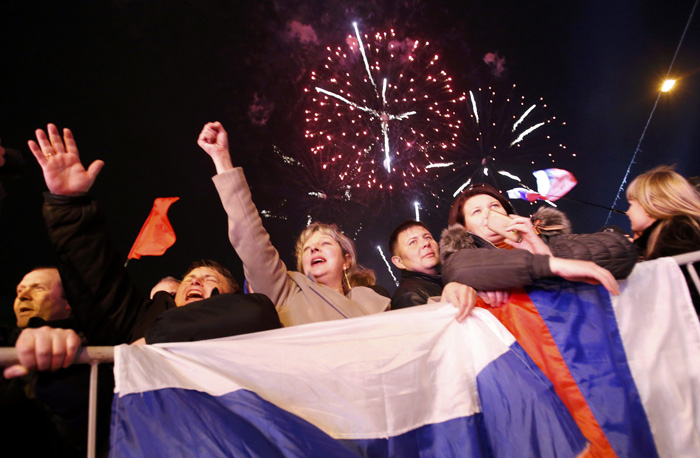 People celebrate as the preliminary results of the Crimean referendum are announced in Lenin Square in Simferopol, Ukraine, March 16. (CNS photo/David Mdzinarishvili, Reuters)

VATICAN CITY (CNS) — Pope Francis met privately at the Vatican with the head of the Ukrainian Catholic Church March 17, the day after pro-Russian voters on the Crimean peninsula voted to secede from Ukraine in a referendum the United States and European Union called illegal.

While Archbishop Sviatoslav Shevchuk of Kiev-Halych, head of the Eastern-rite church in Ukraine, declined requests for interviews, it was assumed his talk with the pope would include a discussion about the fate of the Ukrainian Catholic priests ministering in Crimea.

Ukrainian Bishop Borys Gudziak of Paris, head of the Ukrainian church’s external relations department, issued a statement March 15 saying Father Mykola Kvych, pastor of the Dormition of the Mother of God Parish in Sevastopol, was taken from his church that morning, “seized by two men in uniform and four men in civilian clothing.”

Earlier in the week, Bishop Gudziak said, the church’s leadership had urged Father Kvych and the other priests in Crimea to evacuate their wives and children to mainland Ukraine.

“The priests themselves returned to their parishes to be with their faithful in a time of crisis and moral and physical danger,” he said. 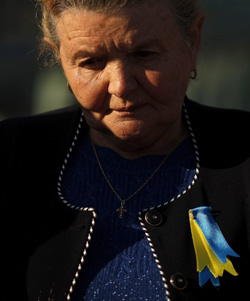 Several hours after Father Kvych was taken from the church, the Ukrainian Catholic Church’s information service reported he had been freed after questioning, which apparently focused on accusations that he had been organizing anti-Russian riots.

The next day, however, parishioners helped him leave Crimea. He told the church information service that “several unknown individuals” continually rang the doorbell of his apartment, then tried to break in. When they left, he took the chalice and paten he uses for Divine Liturgies and some important documents and left the city.

Father Kvych also said that he spoke to the priests in Yalta and Yevpatoria, who were “now in a safe place. He didn’t mention where exactly,” the information service said.

Ukrainian Catholics make up about 10 percent of Crimea’s 2 million inhabitants; the majority of the people on the peninsula are ethnic Russians and speak Russian. Ousted Ukrainian President Viktor Yanukovych fled to Russia in late February and, in early March, Russian forces entered Crimea.

Crimean politicians said more than 96 percent of voters participating in the referendum March 16 voted to secede from Ukraine. Members of the Crimean Parliament March 17 formally asked to join the Russian Federation. 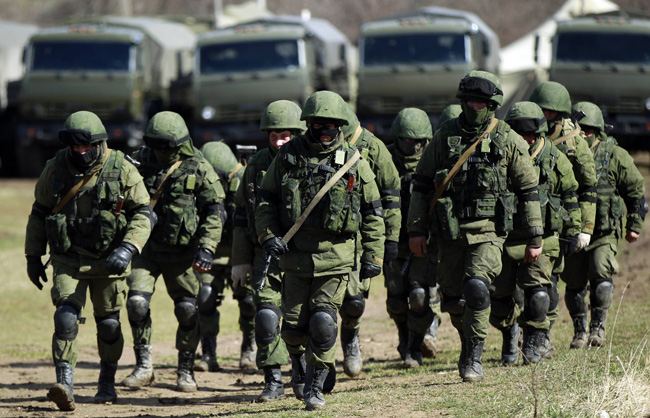 Armed men, believed to be Russian soldiers, march at their camp near the Ukrainian military base in Perevalnoye outside Simferopol, Ukraine, March 17. (CNS photo/David Mdzinarishvili, Reuters)

PREVIOUS: Biggest downside of being pontiff is the paperwork, Pope Francis says

NEXT: Vatican, Anglicans, Muslims sign accord against human trafficking