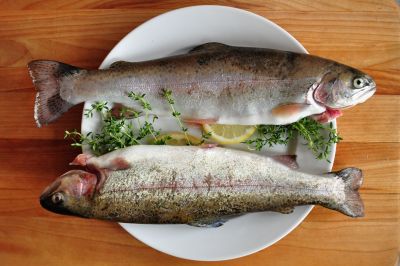 Auxiliary Bishop Peter Elliott of Melbourne, Bishop Geoffrey Jarrett of Lismore and Bishop Michael Kennedy of Armidale are among prelates who said they support Friday abstinence from meat — without sanction of sin — almost 30 years after it became non-compulsory in Australia.

In 2011, the Catholic bishops of England and Wales restored Friday abstinence.

Friday penance regulations in England and Wales were relaxed in 1985, as they were in Australia, allowing Catholics to perform an alternative form of penance. U.S. bishops ended obligatory abstinence in 1966.

Looking back at the decision to end Friday abstinence in Australia, Bishop Elliott said it was a “big pastoral and spiritual mistake.”

“I can understand why that happened, in the mood of that era, but I believe it failed to take into account human psychology,” he said.

Friday abstinence was a universal practice that Catholics were obliged to fulfill under pain of sin until Pope Paul VI issued his apostolic constitution on penance in 1966. The document gave bishops, acting through their episcopal conferences, the ability to establish the norms “they consider the most opportune and efficacious” in regards to fasting and abstinence.

The 1983 Code of Canon Law confirmed that authority, stating that “the penitential days and times in the universal church are every Friday of the whole year and the season of Lent,” but that any conference of bishops can “substitute other forms of penance” in place of abstinence. It defined abstinence as applying to all Catholics 14 and older on all Fridays unless a solemnity falls on that day.

In 1985, the Australian bishops declared that Friday penance could be fulfilled by prayer, self-denial or helping others. However, some of the bishops believe permitting Catholics to determine their own penance has failed.

“Allowing people to work out some penance was idealistic and unrealistic,” Bishop Elliott said.

Since the change, Bishop Elliott said, most Catholics are unaware of or have forgotten the obligation entirely. Having the church decide what penance should be done would make it easier to remember and would promote stronger Catholic identity, he said.

“In the wide and inclusive church, proclaimed by Pope Francis, we need to offer ways for the casual Catholics to make simple acts of belonging, and not eating meat on Friday was just that,” he explained.

Bishop Lismore echoed his colleague, saying that he found only a small number of Catholics fulfill the Friday penance during the year.

“It has been difficult for priests to preach it when it remains only a principle with no uniform discipline attached to it,” he said.

Bishop Jarrett described Friday abstinence as “an ancient and universal practice for Catholics deeply ingrained in our identity with Christ and the church.”

Archbishop Julian Porteous of Hobart said by removing Friday abstinence, the church “lost a distinguishing sign of our identity as Catholics.”

“In the past it was one of those practices that everyone knew: Catholics don’t eat meat on Fridays,” he said.

Writing to members of his diocese prior to Lent in 2013, Bishop Kennedy expressed concern that the practice of weekly penance was lost.

“Sadly, it seems the practice of deliberate and conscious acts of Friday penance has virtually disappeared. It is time for a renewal in this important religious practice,” he wrote.

Reconsidering the practice of abstinence would require “some serious catechesis” to ensure Catholics understood and embraced it, according to Archbishop Porteous.

“It has been mooted here among some bishops though no action has been taken in any diocese to my knowledge and it has not been formally discussed by the bishops’ conference,” he said.

Almost three years since the 2011 decision, at least one English bishop is certain that restoring the practice of abstaining from meat every Friday would be beneficial to the Catholics Church in Australia.

“In offering it to us all as a way of calling to mind that on Friday Catholics all over the world are united in penance, any diocese would be giving to its faithful a timely, apt and practical spiritual gift,” Bishop Terence Drainey of Middlesbrough, England, told The Record, newspaper of the Archdiocese of Perth.

The English and Welsh bishops emphasized that restoring the practice would give the faithful “a clear and distinctive mark of their own Catholic identity.”

“All we have to do as Catholics is use these opportunities for our own good and growth in the spiritual life,” Bishop Drainey said.