Pope to fathers: Teach your children well, always be by their side 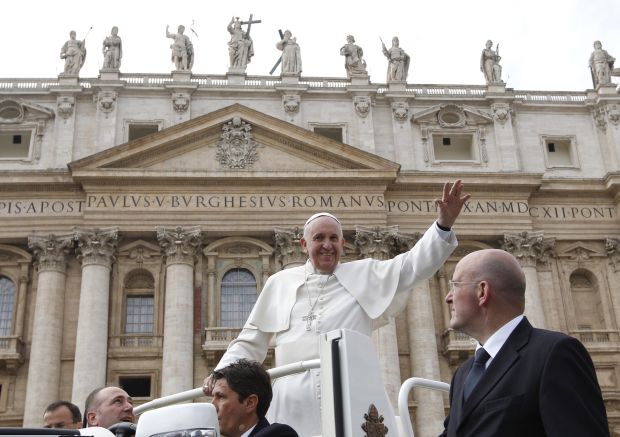 VATICAN CITY (CNS) — On the feast of St. Joseph, patron saint of the universal church and Jesus’ earthly father, Pope Francis urged all dads in the world to stick by their children’s side, teaching them, guiding them and loving them.

“I ask that you have the grace to be very close to your children, letting them grow, but being by their side. They need you, your presence, to be there, your love!” the pope told fathers present in St. Peter’s Square.

Despite a massive citywide transport strike in Rome, more than 80,000 people made their way to the square for the pope’s weekly audience March 19.

The pope dedicated his catechesis to the role and example of St. Joseph. March 19 also marks the celebration of Father’s Day in Italy, as well as the first anniversary of the formal inauguration of Pope Francis’ ministry as bishop of Rome and pope.

St. Joseph’s “great mission is to be a guardian,” the pope said.

The saint is a model for all educators, whether they are teachers, catechists, parents, religious or priests, “who are fathers, too, you know!” he said. 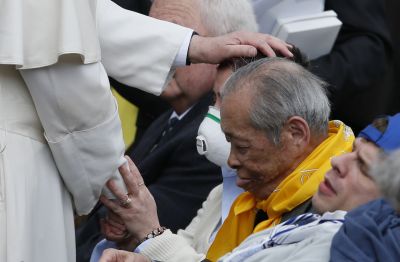 Like an educator, St. Joseph guided and accompanied Jesus so he could grow in “wisdom and age and grace,” Pope Francis said. This is the same thing all parents must do, and “it would be a serious mistake to think that a father and a mother can’t do anything to teach their children to grow in God’s grace,” he said.

Even though God was Jesus father, St. Joseph lovingly took on the paternal role and taught the young Jesus various skills, the value of work, reverence for the Lord, and fidelity and obedience to God’s will, the pope said.

He also had to keep his family safe during the difficult period of their exile to Egypt, he said, which makes the saint a special example for refugees and those facing persecution.

In brief remarks to Arab-speaking visitors, especially those from Lebanon and the Holy Land, the pope said St. Joseph “knew how to cross the darkness of doubt, the experience of exile and fleeing from home, without ever losing faith in God and his love.”

“Learn from him that only trust in God can turn doubt into certainty, evil into good, total darkness of the night into a radiant dawn,” he said.

In his main audience address, the pope gave his heartfelt greetings to all fathers in the square, asking them to show who they were by raising their hands. “Oh, how many dads!” he said. “Best wishes! All the best on your day!”

Pope Francis led the crowd in praying the Our Father, urging them to remember God the father in heaven, but also their own fathers and every father, whether alive or deceased.

NEXT: Vatican, Rome gear up for canonizations of John XXIII, John Paul II