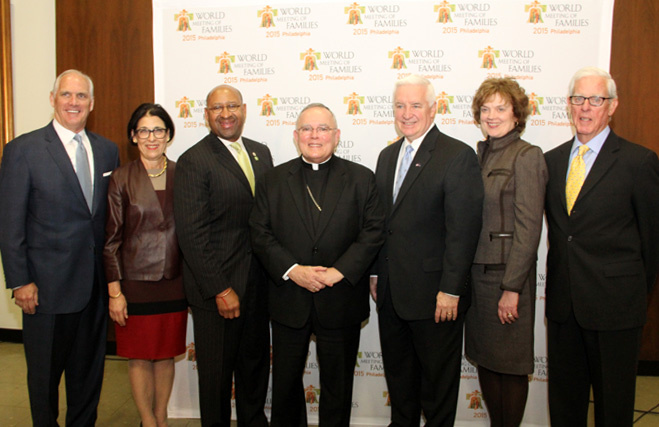 A press conference at the Philadelphia Archdiocese’s pastoral center March 7 revealed plans, and much excitement, for the World Meeting of Families to be held Sept. 22-27, 2015 in Philadelphia. While Pope Francis’ visit for the meeting is not confirmed, speakers at the press conference and hopeful guests were planning for the visit just the same. (Photos by Sarah Webb)

Watch video from the conference here.