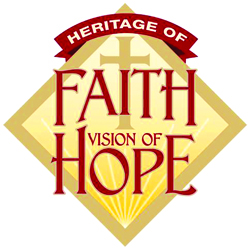 In fundraising campaigns, money pledged is not the same as money collected. The latter constitutes the bottom-line measure of success for a campaign.

A clear picture of the success of the Archdiocese of Philadelphia’s Heritage of Faith-Vision of Hope capital campaign has emerged in new audited financial statements released today, April 11.

The campaign launched in February 2009 and sought pledges through June 2010 with the hopes of raising at least $200 million for the needs of the archdiocese.

The financial statements audited by the firm Grant Thornton report on the assets and activities of the HOF-VOH organization, which is a separately incorporated entity from the archdiocese, for the fiscal years ending June 30, 2012 and 2013.

Together with an extensive supporting document also released by the archdiocese April 11, the information examines the reported $221.5 million in gifts and pledges made to the campaign since its inception.

Of the 51,300 gifts and pledges received by the campaign as of June 30, 2013, some were included in combined parish campaigns whereby a parish raised funds for its own capital needs during the time of the archdiocesan campaign.

Eighteen parishes ran such campaigns during the time of the HOF-VOH campaign. Even though those parish campaigns were not part of the larger fundraising effort, the $36.5 million they raised was applied to the archdiocesan fundraising total and gave the appearance in published reports that the campaign exceeded its goal. In fact, the figure adjusts the total to $185 million.

Also, some of the gifts included in the total were for planned giving in which a person leaves a part of his or her estate to a beneficiary, such as a parish or the archdiocese, over the years and even after death. Donors pledged $6.9 million in this form during the campaign.

The supporting document pointed out that because the reception of the gifts is not guaranteed — a donor can change a beneficiary or the amount of the gift at any time over the years — generally accepted accounting principles require such gifts to be excluded from the financial statements.

Hard times in the church, the country and at home

During the post-2010 collection phase of the campaign, Catholics in the archdiocese were already living in the worst economic conditions in the United States since the Great Depression. And the archdiocese entered what could reasonably be called the most challenging period in its more than 200-year history.

In 2011 the former chief financial officer of the archdiocese, Anita Guzzardi, was fired and later convicted of embezzling $900,000. That same year a second Philadelphia grand jury report on clergy sexual abuse led to the arrest of priests and subsequent conviction of Msgr. William Lynn.

Might some people who had earlier made pledges to the archdiocesan capital campaign begun to have second thoughts about their pledge, either because of personal economic uncertainty or larger concerns about the church?

While the accompanying document does not give a reason for $18.4 million in write-offs, it does state the figure was determined to be uncollectable largely as “a result of contact from the donor(s) informing us that they would not be fulfilling their pledge.”

In addition to the write-offs, another $33.8 million was characterized as “doubtful pledges” and thought to be likewise uncollectable. The figure was calculated “after a detailed review of the pledges outstanding and the related collection trends,” the document read.

A clearer view of the benchmark

Applying the above adjustments reduces the $185 million to just under $126 million available to collect, of which $101.5 million was collected in cash as of June 30, 2013.

According to this model, $30.5 million of the HOF-VOH campaign’s $101.5 in cash was distributed to parishes.

Of the $71 million remaining, $15.4 million was allocated toward campaign expenses including $8.8 million for CCS (a.k.a. Community Counseling Service), the external consultant that planned and executed the campaign.

After considering these allocations and adjustments, $55.6 million remained to fund the seven originally stated priorities of the campaign in the archdiocese.  They included financial support to parishes through the Interparochial Cooperation Commission (IPCC), Catholic education, restoration of the Cathedral Basilica of SS. Peter and Paul, St. Charles Borromeo Seminary, care for retired clergy and human services to the needy.

The document detailed the archdiocesan organizations that have already benefited from the campaign’s funds, and which have funds available for use.

The item with the largest designated percentage of the seven was Catholic education, at 23 percent, specifically for what the document called the “high school building fund.”  Of the $12.8 million available to this item, $5.4 million had already been distributed by June 30, 2013. Of the two new high schools planned at the campaign’s inception, only one was developed: Pope John Paul II High School in Royersford. Plans for a second school to serve the Lansdale area were subsequently dropped, and the property for that usage sold.

Other items include the cathedral renovation project for which $8.6 million was made available and $6.6 already spent (a $2.1 million cathedral preservation fund was also indicated, as yet untapped); clergy retirement fund of $5.1 million of which $4 million has been allocated; and $3.3 million for Catholic Social Services of which all but $300,000 has been spent.

Some items indicate funds available but as yet untapped: the IPCC endowment for parishes requiring an annual archdiocesan operating subsidy, $4.3 million, not allocated; and an elementary school tuition endowment of $7.7 million of which only $500,000 has been allocated.

Endowments for St. Charles Borromeo Seminary’s infrastructure and renovation of the College Division’s St. Martin Chapel together have $6.1 million available. The funds remain unspent because of subsequent plans to consolidate the Wynnewood campus and sell a portion of it. A $2.1 million endowment for scholarship assistance to Philadelphia seminarians has $2.1 million available.

Since its inception through a pilot program in 2008, the Heritage of Faith-Vision of Hope campaign in the archdiocese sought support from the region’s Catholics to support parishes and institutions for the future. That support continues to take place almost four years after the campaign’s close.

And despite the challenges, more than 51,000 of the archdiocese’s 400,000 households made a pledge or a gift for the future and present needs of their Catholic community.