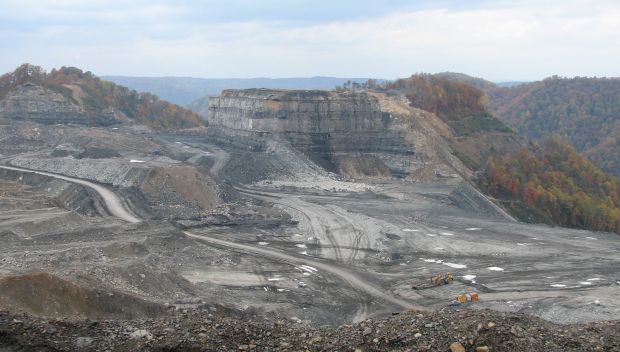 WASHINGTON (CNS) — The terms “poverty” and “America” did not seem to fit together for Philippine native Mar-Rex Lindawan, a nursing student at Mercy College of Health Sciences in Des Moines, Iowa.

A March visit to Appalachia changed her perspective.

What Lindawan found during a weeklong visit to West Virginia was that poverty is deeply entrenched in the communities she visited while participating in the Appalachian Community Health Survey Project with other college students. They surveyed the health of people living near mountaintop removal mining sites.

“It reminded me of poverty in the Philippines,” Lindawan told Catholic News Service after returning to Iowa.

“I was born in the Philippines and I know what poverty is. I thought, ‘I don’t understand how that could be. The U.S. is the land of milk and honey,'” she said.

Lindawan and fellow student Kathy Huffer also said they were surprised by the high incidence of chronic obstructive pulmonary disease, or COPD, among middle-aged people living near mining activity.

“And they don’t even smoke,” Lindawan added.

They said they feared people were being exposed to particulates and dangerous chemicals related to mountaintop removal mining.

The practice involves setting off massive explosions that blow off the tops of mountains to expose coal seams. The explosions also create dust that settles on homes, gardens and streams. Tests have revealed elevated levels of airborne particulate matter near the mining sites including metals, sulfur compounds, silica, carbon monoxide, nitrogen dioxide and some hydrocarbons. Some homeowners have reported well water that has been turned black with impurities.

Lindawan and Huffer were among four students from Catholic-run Mercy College who trekked to Appalachia during spring break to conduct the surveys. Now in its fourth year, the Appalachian Community Health Survey Project involves students from about 20 colleges and universities going door to door in rural communities and asking residents about their health. Some students visit families living near mountaintop removal mining operations while others interview families far from such mines.

The project is coordinated by two faith-based environmental organizations, Restoring Eden in La Center, Wash., and Christians for the Mountains in Dunmore, W.Va. Survey questions were compiled by Michael Hendryx, professor of applied health science at Indiana University. His research began in 2007 when he joined the West Virginia University faculty.

“What we’ve been finding in the research as a whole is that the people nearer mountaintop removal activity are at risk of a number of health problems compared to people who don’t live near these mining sites,” said Hendryx, whose work has appeared in several peer-reviewed publications.

The findings are based on self-reported health problems. Hendryx said the data consistently show higher self-reported incidences of cancer, COPD, asthma and strokes among people living near mining sites than those in non-mining areas with similar demographics.

Results from surveys of residents in Boone and Raleigh counties in West Virginia in 2011 and Boyd County, Ky., in 2012 have been published. The 2013 results from Wise County, Va., were to be published soon. Allen Johnson, coordinator of Christians for the Mountains, asked that the specific 2014 survey location be kept confidential to avoid alerting the coal industry.

During the project’s first three years, more than 2,000 health surveys have been completed, providing researchers with a wide range of data, according to the project website.

Hendryx said the results have attracted the attention of policymakers and elected officials, but that because of the mining industry’s influence, little has been done to halt mountaintop removal mining.

“In parts of Appalachia, it’s (mining) the primary industry, and there’s a lot of political resistance to changing,” Hendryx said.

The National Mining Association and other industry groups have funded work aimed at discrediting Hendryx’s research and similar findings by other researchers. The association referred an inquiry for comment to an April 2013 analysis of Hendryx’s findings from Exponent Inc., an engineering and scientific consulting firm with offices nationwide.

Exponent’s report, compiled by epidemiologists Dominik D. Alexander and Vanessa Perez, questioned the method Hendryx used to obtain health information. The authors said that while the effect on health from mountaintop removal mining was important to understand, such an evaluation should use “rigorous scientific methodology” rather than depend solely on self-reporting of health issues by individuals. Their analysis also said there was no attempt to verify the illnesses residents reported.

Marti Doyle, associate professor of social sciences at Mercy College, joined the students for the March round of surveying. She told CNS the project gives students the opportunity to be involved in community-based health services while being introduced to people living in situations far different than to what they have been accustomed.

“I think for the students a lot of the stereotypes went away. It was amazing to see the different culture,” Doyle said.

“We’d go to these houses and on the outside they’d look pretty rough. But you go inside, the homes were spotless. And every house had pictures of family. You just understood the pride and the love they had for family … and wanting more for their children and grandchildren,” she said.

The surveys were to continue through May. Four other Mercy College students planned to join the project at the end of April.

“What a unique opportunity to participate in a study that hopefully will be published and hopefully make a difference,” Huffer said.

Doyle said she hoped the data being collected would lead to a wider discussion on the practice of mountaintop removal mining.

NEXT: Teresian Carmelites in India dispatch first group of sisters to U.S.